Adam Sandler talks about ‘Uncut Gems,’ for which he already won one best actor prize 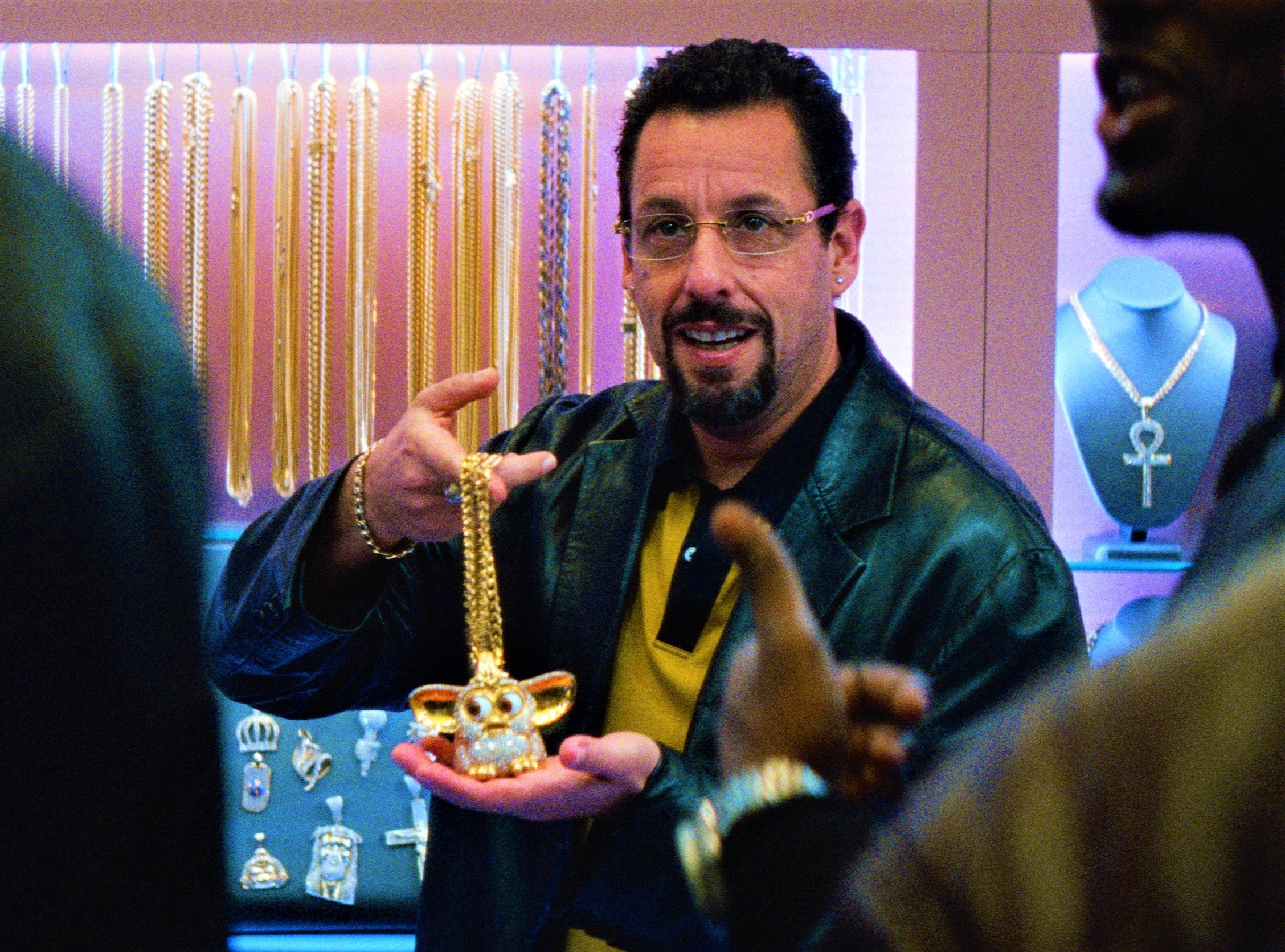 LOS ANGELES—In this awards season’s crowded field of best actor contenders, Adam Sandler moved forward last Dec. 3 when he won the best actor prize for “Uncut Gems” from the National Board of Review.

Adam, in his portrayal of a New York jeweler, triumphed over a bevy of actors who turned in nomination-worthy performances this year.

The acclaim for Adam’s note-perfect turn reminds us that he is a gifted actor and the accolades he received for his performance as a lonely guy in Paul Thomas Anderson’s “Punch-Drunk Love” were no fluke.

Adam has been married since 2003 to model-actress Jacqueline Titone, with whom he has two daughters, born in 2006 and 2008.

Let’s talk about jewels. When was the last time you bought your wife jewelry? Huh (laughs)? Yes, over the years, I did buy my wife some jewelry. We got married, so I got her some jewelry for that day. And before that, an engagement ring. Some earrings and stuff over the years. But my wife doesn’t think about jewelry that much.

I am going to presume that your family in real life is not as dysfunctional as the one in the movie. It’s different, yes (laughs).

It was moving for me to recently watch you play the guitar while your two daughters sang in a fundraiser. My wife and I love these kids more than anything. All you think about is their happiness. And just the fact that they went onstage—they wanted to be part of a charity. Their friend has EB (epidermolysis bullosa, a genetic condition that results in skin and mucous membrane blistering). They wanted to help and it was for EB.

I saw that they were nervous before because they looked out and there were hundreds of people. I said, “It’s going to be nice. You are going to like it.” And they got onstage.

I am just proud. There’s relief and happiness. People were so nice clapping for them. The girls sounded beautiful. And they love Taylor Swift so much that they sang her song.

You play basketball well in real life. How was your experience working with Kevin Garnett as an actor? And did you get to play basketball with him away from the set? As an actor, the guy was amazing. He was very present, he stayed focused. I’ve never seen a guy who had never acted before be so available, open. We looked into each other’s eyes and did the scenes as if we were in another world, believing what each other was saying.

And I really got to know Kevin. He commands every room he goes in. He has these stories about the NBA and growing up.

As a basketball player, Kevin gave my friend and me one tip on defense. Kevin asked, “What’s the worst part of your game?” I said, “Probably my defense.” He said, “Try this.” I’m not giving it out to you (laughs).

My friend and I tried it. The next day, we were playing basketball. I saw my friend doing it and I was doing it. For some reason, it worked every time.

We were so excited. 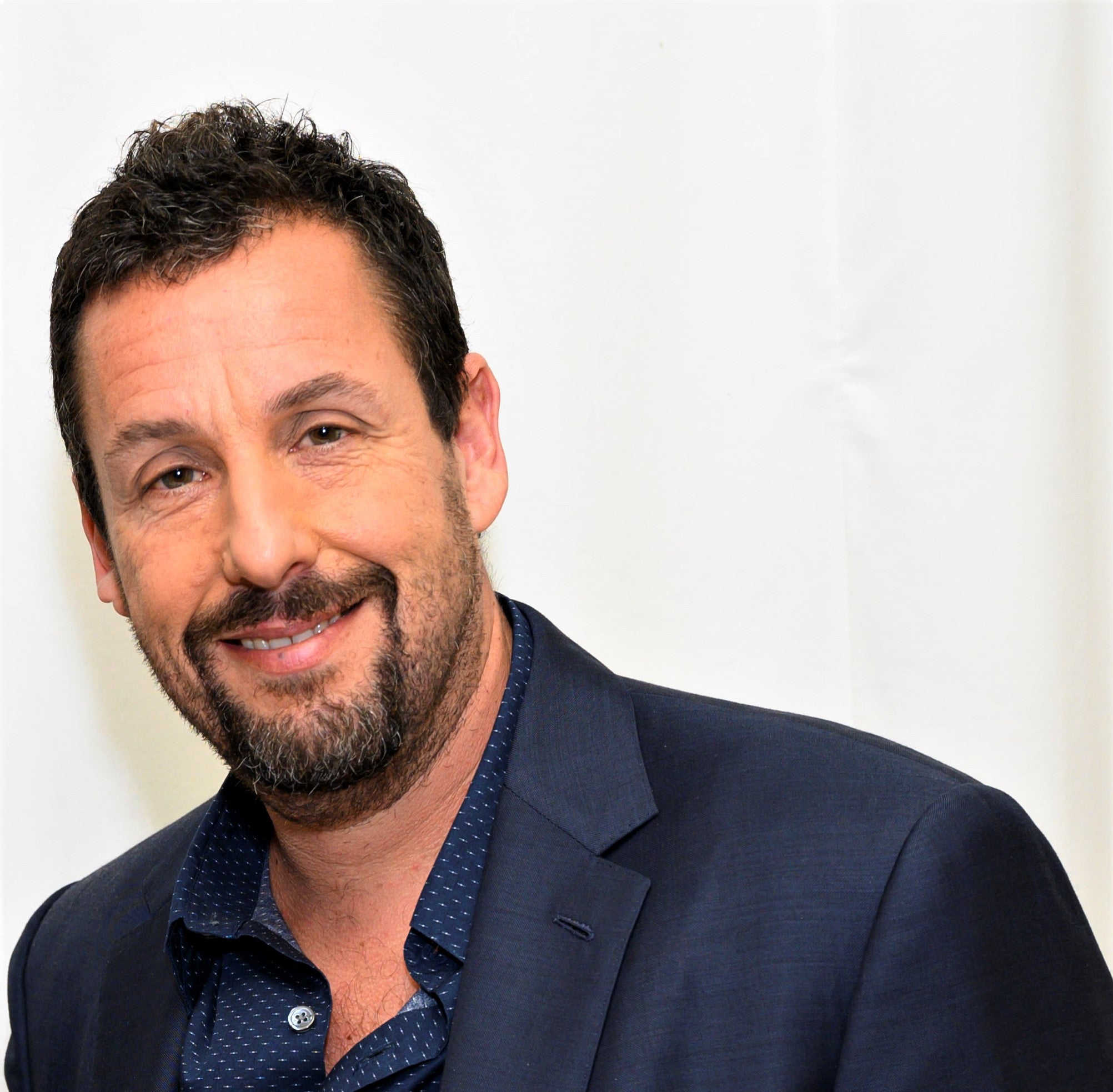 There’s a faction out there that likes Adam Sandler, the comedian. But then, you also make films like “Punch-Drunk Love” and now, “Uncut Gems,” which is earning critical acclaim. Can you talk about your process of choosing dramatic roles every now and then? I have gotten to do movies for almost 30 years now. My main goal in moving out here (Los Angeles) was to be a comedian and make funny movies. I got to do that.

I went to NYU. I studied at Strasberg. I did all that stuff that helped you prepare. But it wasn’t my main goal. Comedy was. But I’ll tell you, after doing “The Meyerowitz Stories,” that was a great time with Noah Baumbach.

I got to be with Dustin Hoffman and Ben Stiller. I had an amazing time making that movie. Then these guys (Benny and Josh Safdie) came up with “Uncut Gems” and that character (Howard Ratner).

As an actor, when you are reading every scene and saying, “Oh my God,” there’s massive range and emotion, it’s a new kind of excitement that I don’t think I felt before. I was so in it and so prepared, feeling creative with these guys (Safdie brothers) and every cast member.

I do love comedy. I don’t want to stop doing comedy. I know critics don’t connect with my comedies. I’ve seen over the years how much they hate it. But when I walk down the street and people are coming up to me and saying, “I saw that movie you did,” “My son and I watched it together,” that makes me feel good that I do it.

You have not only achieved your goal to be a comedian, but you’re also one of the richest comedians. I spent a lot of it already, just so you know (laughs).

In which way has money changed you? Of course, having money and getting paid over all the years of doing this helps me live in a way that I can be less tense about many things. But the best part of it are the opportunities I can give my family and also helping family members if they need help.

I didn’t come from a family that had money like this. I know what it’s like to see my father be nervous about not having a job for almost a year at one time when I was growing up. I don’t have that burden on me. And of course, I get to have stuff I never dreamed of having.

Like what? I have a few cars. When I was growing up, we shared a car.

So, is this the best time in your life and career? It’s a great time in my life. Career-wise, I’ve believed in everything I have been a part of. But I am excited at 53 to be part of a different character (in “Uncut Gems”) I haven’t done before and in a different style of filmmaking.

It was a high to say, OK, let me try this move and that move and that thinking process. I felt lucky. I don’t know when opportunities like this come around.

Then, once I go past that, I go full tilt and try to do the best I could do and not waste a moment of it.

Family-wise, as adults, this is a great thing and your career is one thing. But most of all, my kids are happy and my wife feels solid. Everyone is healthy in my family, and that’s the best for me. Career-wise, I’m having a good time right now.

Read Next
Dimples ready to quit show biz if asked by family
EDITORS' PICK
WHO: Indoor airborne spread of coronavirus possible
Water remains our saving grace right now
Motostrada expands by handing over ‘Trident’ and adding new ‘Horseman’ to its growing business
No arrests to be made on 1st day of allowed pillion riding for couples — HPG
House panel set to meet for possible decision on ABS-CBN franchise bid
Digital hunt for Hyun Bin: 5 challenges for Smartees
MOST READ
‘I will always speak up for you’: Server on defending Fil-Am family from racist rant
‘Nouveau’: Agot Isidro hits Jinkee Pacquaio’s show of luxury Hermes, Louis Vuitton bikes
Bela Padilla on being tagged a Diehard Duterte Supporter: ‘Nope, not at all’
Solon withdraws support for ABS-CBN franchise renewal
Don't miss out on the latest news and information.