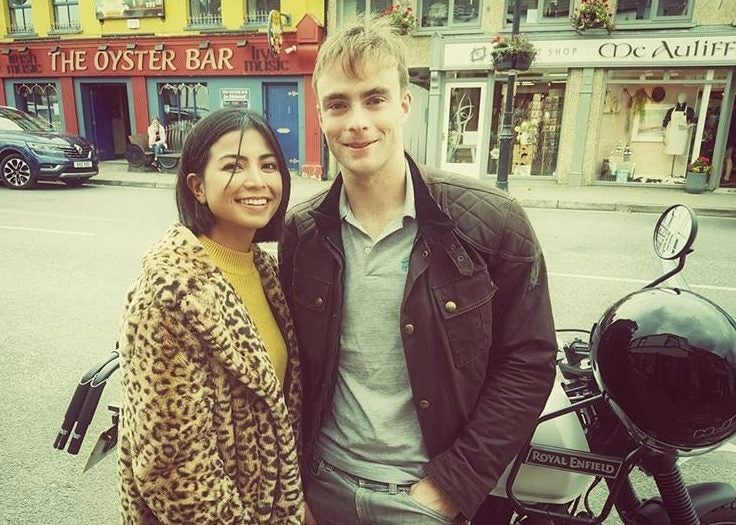 While things have been on the upswing for Glaiza de Castro and her Irish boyfriend, David Rainey, she said the thought of settling down had yet to cross their minds.

“Wala pa, wala pa. We do talk about serious matters, but not really about marriage,” she told reporters at GMA 7’s recent Christmas party for the entertainment press.

First, Glaiza stressed, they have to figure out how to spend more time with each other. David is based in Belfast, Northern Ireland.

“He has already visited the Philippines a number of times. But time together is very short,” said Glaiza, who described her long-distance relationship with David as “happy but tough” in a previous interview.

“We also talk about business, because he wants to invest in something here, eventually. We love to travel, so perhaps we can consider a travel agency,” she added. “We’re still in the process of figuring things out.”

Meanwhile, Glaiza said she was ecstatic about winning best actress at the 37th Luna Awards for her performance in the acclaimed indie drama “Liway.”“I couldn’t personally accept it because I attended my youngest sibling’s wedding, but I felt like crying when I saw a photo of the stage, with my name flashed on the screen,” she related.

The 31-year-old actress said the award was unexpected. “I gave my all to that project. I was doing it the same time as my soap ‘Contessa,’ in which I had blond hair. So I had to dye my hair black, wash it off—and repeat—while juggling both projects.”

Glaiza will also be part of GMA 7’s coming variety show that will replace “Sunday PinaSaya.” “I don’t think I can talk about it too much yet… But I get to do comedy and music,” she said.‍‍— ALLAN POLICARPIO INQ