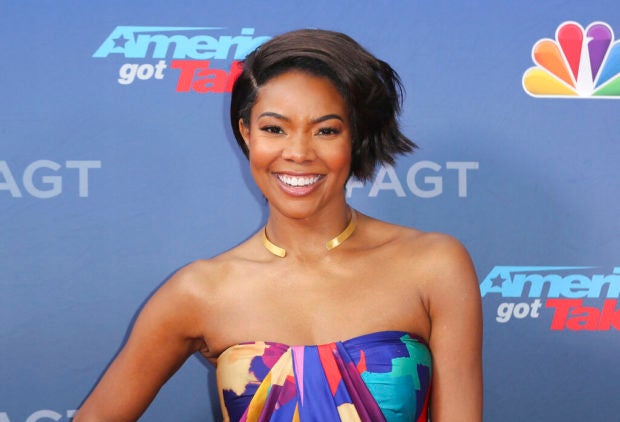 LOS ANGELES — Gabrielle Union thanked supporters for defending her amid reports she was fired from “America’s Got Talent” after complaining about racism and other alleged on-set issues.

“Just when you feel lost, adrift, alone… you got me up off the ground. Humbled and thankful, forever,” the actress tweeted Wednesday night. She didn’t directly address her status with NBC’s talent show, and her representatives did not respond to requests for comment Friday or previously.

According to reports, Union and Julianne Hough have been dropped as “America’s Got Talent” judges after a single season.

Union, who is African American, reportedly sought network action to address a workplace environment that allegedly allowed racist jokes and comments and other troubling behavior, including judge-producer Simon Cowell’s smoking indoors in violation of state law.

Union’s husband, former NBA player Dwyane Wade, also weighed in Wednesday on Twitter, saying he’d yet to hear a good reason why his wife was being fired.

In a statement, NBC and series producer Fremantle defended what they called the show’s “long history of inclusivity and diversity.”

“The judging and host line-up has been regularly refreshed over the years and that is one of the reasons for AGT’s enduring popularity. NBC and the producers take any issues on set seriously,” the companies said.

The judging panel has changed since the show’s 2006 debut, but most judges’ tenures have lasted at least several years, including that of Sharon Osbourne, Mel B and Howard Stern.

Among the celebrities who have rallied publicly behind Union are “Grey’s Anatomy” star Ellen Pompeo, Holly Robinson Peete and Patricia Arquette.

“I’m just catching up on this. This is terrible,” Arquette tweeted. “You should not be penalized for trying to have a workplace that honors the rule of law in the workplace.”