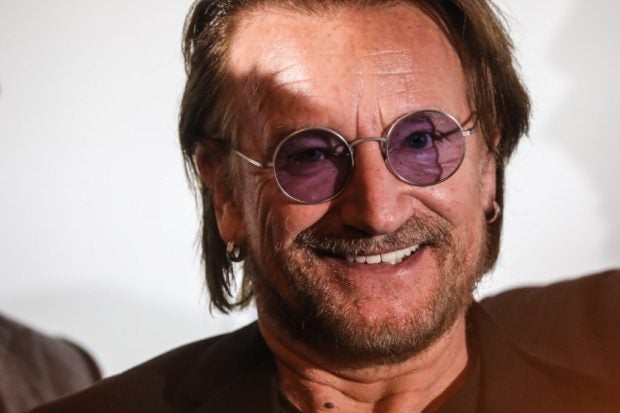 The band has unveiled their first single in two years, “Ahimsa”, ahead of their first-ever show in India next month.

For the occasion, U2 collaborated with award-winning Indian musician A.R. Rahman, who is best known for his work on the soundtrack for the 2008 “Slumdog Millionaire”.

He notably composed the hit “Jai Ho” for which he earned two Academy Awards and two Grammys.

“Ahimsa”, which is the Sanskrit word for non-violence, also features additional vocals by Rahman’s daughters Khatija and Raheema.

In a recent interview with Rolling Stone India, Rahman opened up about the inspiration behind the U2’s new collaborative song.

“The concept of ‘ahimsa’ or non-violence — it’s Indian, it’s South Asian, it’s Buddhist… and sometimes we have to remind people about love, about ahimsa. It takes a lot of courage to be non-violent. It takes a lot of power. It’s not a weakness, it’s more power than showing might; it’s going beyond that, believing in something else which is not present… something that’s only in your spirit,” he explained.

Since then, the band has reissued a slew of albums from their catalog, including their 1985 “Wide Awake In America” EP, their 1997 “Pop” and their 2000 “All That You Can’t Leave Behind”.

U2 is currently touring across New Zealand as part of their mini Joshua Tree tour, which finds the group performing their 1987 landmark album in its entirety.

The group will later perform in Japan, Singapore, Seoul and Manila before concluding its tour in Mumbai, India, on Dec. 15.

According to Variety, U2 will also release four unspecified “highlights” from their catalog of songs remixed by local Indian artists later this year. CL/JB

U2 top touring act over the last decade—Pollstar

U2 to have largest ever video screen