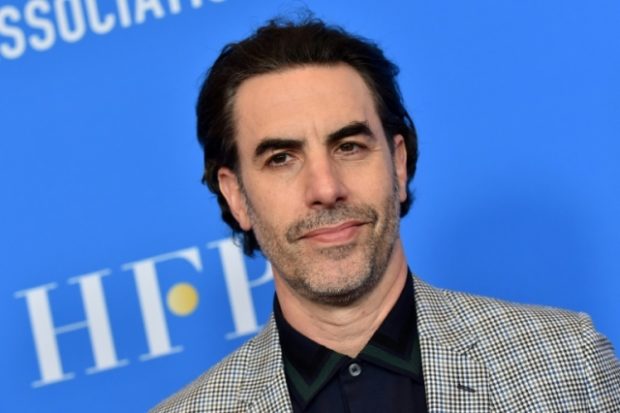 Adolf Hitler would have been able to put anti-Semitic advertisements on Facebook had the social network existed in the 1930s, according to British comedian and actor Sacha Baron Cohen.

The 48-year-old “Ali G” star singled out the U.S. tech giant during a searing broadside Thursday against social media companies amplifying hatred and violence as part of “the greatest propaganda machine in history.”

Speaking at Never Is Now, the Anti-Defamation League’s New York conference on anti-Semitism and hate, he targeted Facebook for running political advertisements without fact-checking.

“Under this twisted logic, if Facebook were around in the 1930s, it would have allowed Hitler to post 30-second ads on his ‘solution’ to the ‘Jewish problem,'” Baron Cohen said as he accepted the ADL’s International Leadership Award.

Facebook told AFP, however, the actor had misrepresented its policies.

“Hate speech is actually banned on our platform. We ban people who advocate for violence and we remove anyone who praises or supports it,” a spokesperson said.

“Nobody — including politicians — can advocate or advertise hate, violence or mass murder on Facebook.”

Baron Cohen’s remarks came a day after Google said it would not allow political advertisers to use “microtargeting” based on user browsing data, political affiliation or other factors, including on YouTube.

Google also sought to clarify its policy by indicating it does not allow “false claims” in advertising, political or otherwise.

The move followed a ban by Twitter on most kinds of political ads, and comes amid growing pressure on internet platforms to curb the spread of misinformation around political campaigns.

Facebook, which has rejected efforts to fact-check political speech or ads, is being urged to follow suit.

“So here’s a good standard and practice: Facebook, start fact-checking political ads before you run them,” said Baron Cohen.

“Stop micro-targeted lies immediately, and when the ads are false, give back the money and don’t publish them.”

The controversial satirist’s anarchic, gonzo-style comedy has spawned celebrated TV and movie characters such as Ali G and Borat Sagdiyev — not to mention acclaim, the occasional lawsuit and a hatful of awards.

He went on to attack Facebook chief Mark Zuckerberg’s characterization of the company as a bastion of “free expression.”

“I think we could all agree that we should not be giving bigots and pedophiles a free platform to amplify their views and target their victims,” he said. NVG