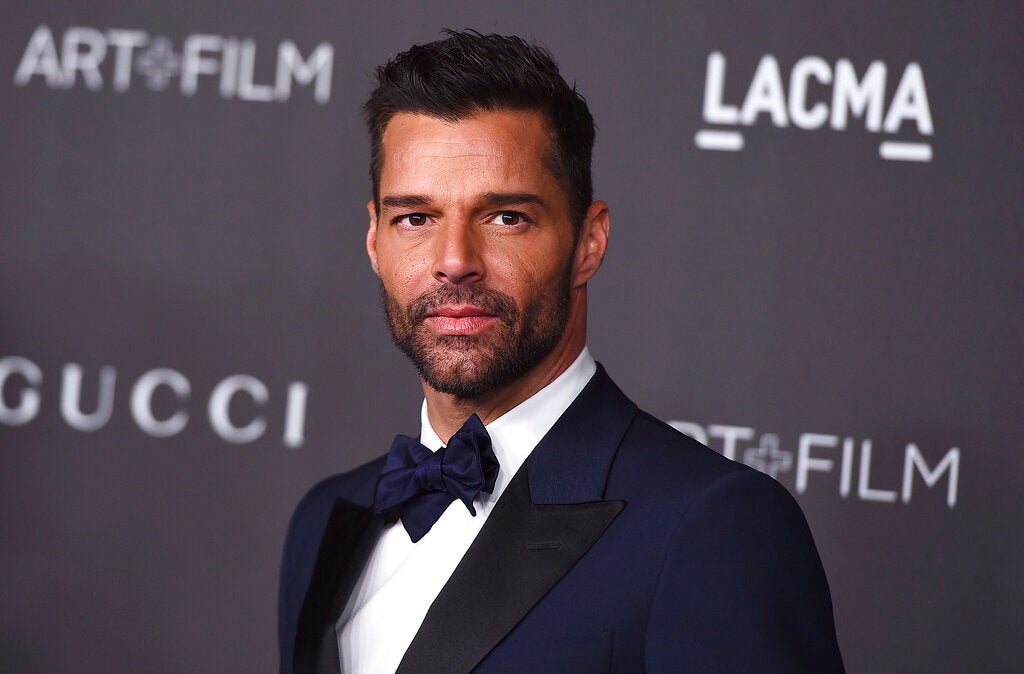 Ricky Martin at the 2019 LACMA Art and Film Gala in Los Angeles. (Invision/AP)

NEW YORK — Between a household with four children, the release of a new single and his debut as host of the Latin Grammys, Ricky Martin hasn’t gotten much sleep lately. But it’s all good.

The Puerto Rican star is excited to perform his latest song “Cántalo” with Residente and Bad Bunny at Thursday’s awards ceremony, and is also ready to have fun as the show’s master of ceremonies along with actresses Roselyn Sánchez and Paz Vega. He is also preparing a new album and tour in 2020. All of this while taking care of a newborn (Renn), a 10-month-old baby (Lucía) and his 11-year-old twins (Matteo and Valentino)

“The art of multi-tasking,” Martin, 47, said with a laugh in a recent interview with The Associated Press. “I can’t complain. I am surrounded by people that I love that help me run the house. Obviously, I have my husband (Jwan Yosef) who is wonderful; I have grandmothers that are super involved and that provide all the love in the world. … As they say, it takes a village.”

And as a hands-on dad, he says he can do it all as long as he’s with his family: “Everyone travels to Las Vegas and everyone goes on tour.”

Martin opened the first Latin Grammy Awards in 2000 singing a tribute to Tito Puente with Celia Cruz and Gloria Estefan in a memorable performance. On Thursday, he hopes to leave a mark again when he performs “Cántalo,” a song that uses sounds from the archives of the iconic record label Fania.

Martin knew he had something special in his hand, as well as a “big responsibility” when Fania allowed him to dig into its treasures. He decided to call on Residente and Bad Bunny, and they got together in the studio to “make magic,” as he said.

The result is a three-and-a-half-minute song that fuses salsa, jazz and some bossa nova, with some urban and tropical rhythms.

“It’s a celebration,” Martin said. “It’s a message of freedom in the sense that the only thing we want is for my people to sing _ to sing and to liberate and to be happy and to give the love, which is so needed these days.”

Though this is his first time hosting the Latin Grammys, he’s not fazed by the responsibility.

“To be honest, I have to say that I feel very protected, first of all because I am working with a great production, people that had been doing this for many years and that are the gurus of the industry. … (And) also I am with Roselyn Sánchez and Paz Vega, who have done this before,” he explained.

Plus, he is Latin Grammy veteran. He has won three awards and was celebrated as Person of the Year in 2006, a moment he recalls among his most memorable.

Martin says that despite the passing of time, he keeps “the hunger” and “the same intensity” when he gets into the studio or goes onstage.

“It’s my vice, it’s my life,” he said. “I don’t know anything else. And I now have my biggest critics: My children!”

The 20th annual ceremony of the Latin Grammy Awards will be televised live on Univision from the MGM Grand Garden Arena in Las Vegas.