LOOK: Arci Muñoz fulfills childhood dream of visiting all Disneylands in the world 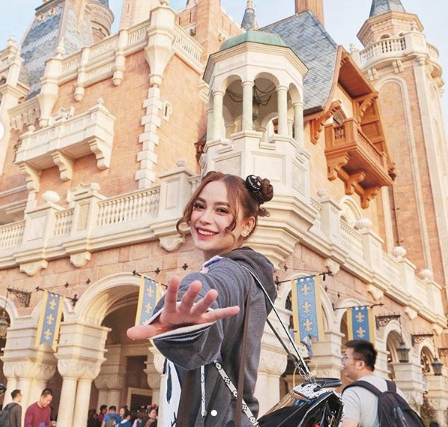 Actress Arci Muñoz can finally cross off her bucket list the goal of visiting all six Disneyland theme parks in the world, as the “Disney princess” has finally achieved her childhood dream.

Muñoz took to Instagram yesterday, Nov. 6 to give fans a peek of her Disneyland journey from different parts of the globe, with the most recent one being in Shanghai Disneyland in China. The other Disney parks she visited were in Tokyo, Hong Kong, Paris, Orlando and Anaheim.

“Once upon a time, there was a little princess who only dreams of going to all the Disneyland(s) in the world,” she said. “Believe in the magic! Dreams do come true.”

Once upon a time, there was a little princess who only dreams of going to all the Disneyland in the world… Believe in the magic! Dreams do come true. 🌍💜🎂🎉🎊🎃🌌💐 #disneyland #disneyprincess #shanghai #japan #orlando #california #paris #hongkong

Muñoz sported Disney-themed outfits for each trip. On some, she wore Mickey and Minnie Mouse shirts, with her hair styled to look like the classic Disney characters’ ears.

In one of the trips, the actress wore a hoodie printed with the face of Jack Skellington from Disney’s “The Nightmare Before Christmas”, while she sported a Sleeping Beauty shirt on another.

Muñoz, known as a huge fan of the K-pop group BTS, showed off her love for her “favorite things” in another post yesterday. She held up the puppy stuff toy Chimmy, a character created by BTS’ Jimin, dressed in what appears to be a wizard’s costume, with a Disney castle in the background. She also showed a pumpkin with a carved smiley face amid autumn-hued leaves.