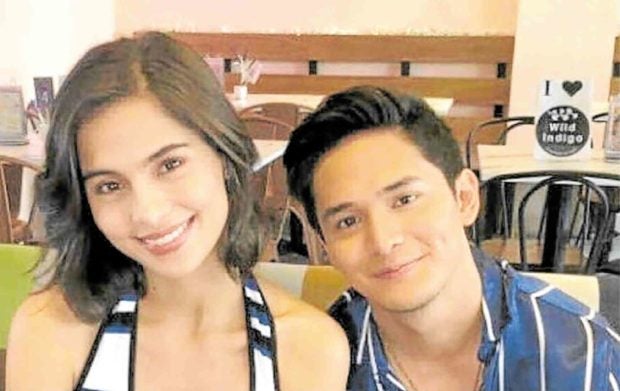 If Ruru Madrid gives the impression that he easily falls for his female costars, that’s just because he’s a natural “gentleman.”

“I’m not the type to fall in love too easily! Sobrang gentleman lang ako when it comes to work. I always make my leading lady feel that she’s safe with me and that I will take care of her—like I’m babying her,” he told reporters in a pocket interview for his movie “Cara x Jagger,” which opens on Nov. 6.

That’s exactly how Ruru treated her new leading lady, Jasmine Curtis, on the set of the said romantic drama movie, which was directed by Ice Idaan, and produced by APT Entertainment and Cignal TV.

“I take care of her, ask her if she needs anything. I always check on her if she has already eaten; I won’t eat if she hasn’t… I will get and hold an umbrella for her before she gets out of standby area. I bring her a chair. I give her something to drink,” he related.

But more importantly, he makes sure that he always smells good. “It’s just the two of us most of the time. So, I want her to feel like I’m really her boyfriend when we’re working,” said the 21-year-old GMA 7 actor, who plays the role of Jagger, a young man trying to recapture what he has lost—his memory and the love of his life, Cara (Jasmine).

“My biggest challenge is making sure that my portrayals of the past Jagger and present Jagger are distinguishable,” he said. “There are a lot of flashbacks here… I want to show through my actions and my eyes what my character knows then and what he doesn’t know now.”

The screen partners shot a kissing scene, which, Ruru related, took four takes to finish. “We had rehearsals for the kiss. I asked Jas how she wanted to attack it; if she wanted it to be subtle, wild or what—just kidding!” he said, laughing.

“Her kiss was different, there was something… Kung merong mata na nangungusap, ’yung kanya, labi ang nangungusap,” Ruru added. “Jasmine is one of those actresses who help me get in the moment with just a look.”

While he has grown comfortable with Jasmine while working on the film, Ruru admitted that he was initially intimidated by the award-winning actress. 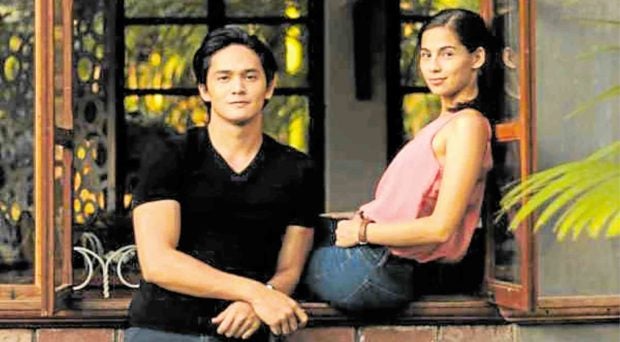 “I first saw Jasmine at an event organized by a magazine a few years ago, back when I was just starting out. I attended and she was hosting it. The whole time we were onstage, I was just staring at her while she tried to talk to me because I didn’t know what to say,” he recalled.

“And even if I had already known I was going to work with her in this movie, I still had a hard time approaching her and talking to her,” Ruru added. “She must have thought I was so full of myself!”

But he’s happy that he eventually got over his awkwardness and got to know Jasmine better as a person and an artist.

“She’s a great actress. I have always wanted to work with her ever since. I think the projects she has done are great, edgy. I’m happy,” he said. “I learned a lot from her about work, because she already has a lot of experience. We talk a lot and relate to the same things.”

Because this is their first starring roles in a mainstream movie, Ruru said he would be a hypocrite if he said he didn’t care about box-office performance. “We put so much work on this movie. But our goal as actors is to entertain people, make them happy,” he said.