Sony is shutting down its pioneering online-cable alternative, PlayStation Vue, citing the high cost of content and the difficulty of reaching deals with networks. 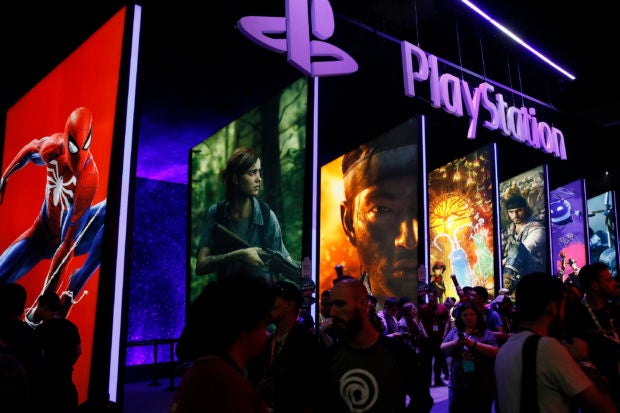 FILE – In this June 14, 2018, file people stand online next to the PlayStation booth at the 24th Electronic Entertainment Expo E3 at the Los Angeles Convention Center. Sony is shutting down its pioneering online-cable alternative, PlayStation Vue, citing the high costs of content and the difficulty of network deals. (AP Photo/Damian Dovarganes, File)

It launched Vue in early 2015 as a skinnier, cheaper version of cable or satellite TV delivered via the internet. It was a test case for a TV alternative alongside Dish’s Sling TV, and, later, a slew of copycats from DirecTV , Google , Hulu and others.

These services were initially heralded as the future of TV as cable cord-cutting ramped up. They offered popular TV networks for less than you’d pay a cable company. Signing up and canceling were easy, with no need for a cable guy to come to your house.

But customer growth has slowed and even dropped for many of these services as prices rose and they added more channels, coming closer to their traditional TV counterparts. AT&T’s version, formerly known as DirecTV Now, today AT&T TV Now, has dropped customers for four straight quarters, losing more than 700,000 subscribers as it rolled off deep discounts.

Research firm MoffettNathanson estimates the total market at about 8.4 million. There are about 86 million traditional TV households.

“The market is due for a shakeout,” MoffettNathanson’s Craig Moffett said of the online-cable substitutes, which initially charged customers less than they paid for their programming. When they raised prices, customers left. “It was a Catch-22 from the beginning. They were unrealistically priced.”

Sony did not release how many customers Vue had, but it was seen as a small player. It will shut down in January.

The industry’s latest hope for a successor to cable or satellite TV and a counter to Netflix has now shifted to streaming services, including new entries from Disney , Comcast and AT&T . Apple’s version launches Friday.

Increasing competition for people’s dollars from all those services will put more pressure on the online-cable services, said Pivotal Research’s Jeff Wlodarczak.