Be cool and brave with Pop Life TV

MANILA, Philippines – Try picturing yourself stuck in an abandoned house one night, in the middle of the woods, no electricity, dogs howling, air whistling, then suddenly you heard footsteps approaching, then a complete silence… then a man whispered at your back… How would you feel? For sure it made your skin crawl that you almost jump your way out of your desk when that man spoke.

It’s satisfying to feel that eerie feeling, especially when watching thrillers and horror movies and series.

Now, the season of mind-bending shows that will scare your socks off is just around the corner.

For sure you have started listing the television shows you’ll be watching to try that brave meter.

Add Pop Life TV on your list because of their exhilarating shows carefully curated for you to indulge into.

For the whole month of October, enjoy thrillers and horror movies on “Fright Night Festival” every Friday at 9:30 p.m.

Ten visitors were forced to investigate mysteries surrounding a deserted mountain resort after a derailed supposed vacation, as each member of the group starts disappearing one by one. Don’t Blink airs on October 25.

If you want to scare your friends on November 1 and 2, schedule a watch party because special Halloween shows will air on Pop Life TV from 4:30 p.m. to 12 midnight. 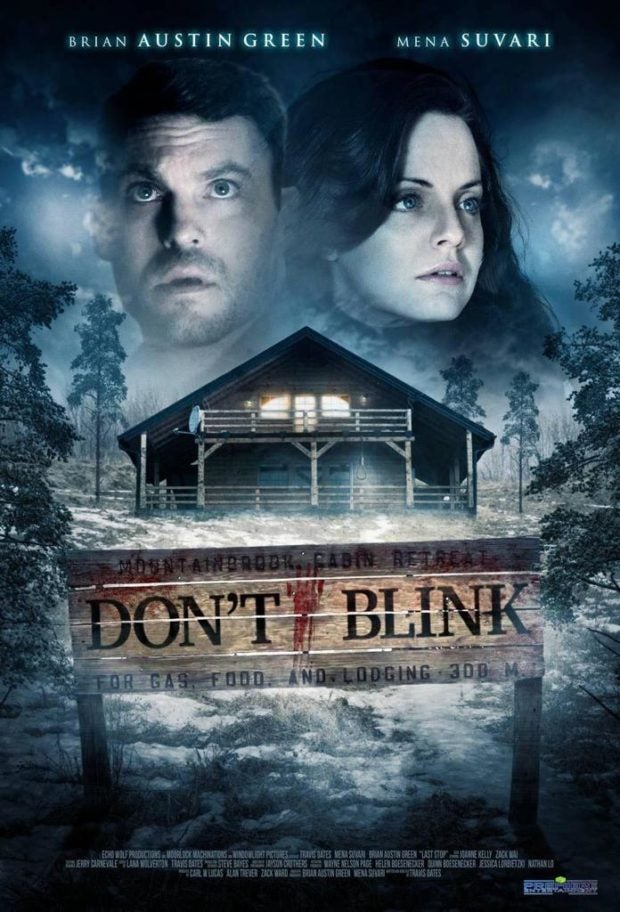 Muster your courage to watching everything from Night of the Living Dead to The Little Shop of Horrors.

Pop Life TV also believes that bravery comes in many forms. For some, it’s about changing something about them, while for others it’s about reaching their goals.

In The Dark Half

A 15-year old teenager named Marie, occasionally babysits her next-door neighbor’s son, Sean. Meanwhile, there have been tales about spirits in the hills. When Sean suddenly died out of natural causes, Marie becomes very curious about these frightening tales and suspects that it could be true. In the Dark Half premieres October 4.

A time labyrinth caused Kyle, Sonia, and Michael who met at a rehabilitation facility to wake up facing horrors every single day in this Canadian film. Repeaters airs on October 11.

This psychological thriller follows the story of Jim, a mentally unstable yet talented musician who became obsessed with Wendy, the woman he started dating after meeting her at a women’s shelter. Enter the Dangerous Mind premieres on October 18.

A group of people goes on a trip to Thailand not just to enjoy a luxurious vacation, but also to make one of the biggest decisions of their lives—to go under the knife.

Each one willing to undergo cosmetic surgery, find out their stories and their families’ reactions when they go back home after making a radical change in their appearance. You can watch Made In Paradise at 9 a.m. and replays at 1:30 p.m. and 8 p.m.

Read Next
For an encore, ‘Joker’ is No. 1 again at the box office
EDITORS' PICK
#DefendUP trends after DND scraps agreement with UP
New Year, New Rediscoveries
Retired Army Colonel nabbed for Cebu lawyer’s slay
Experience clearer calls nationwide with Smart VoLTE
Driving can be even more rewarding this New Year — here’s why
DND exits deal requiring prior notice for counterinsurgency operations in UP campuses
MOST READ
Shake-up continues: Defensor, Villafuerte lose more leadership posts in House
3 PMA cavaliers disappointed over vaccination mess
#DefendUP trends after DND scraps agreement with UP
‘I was betrayed’: Crisha Uy reacts to love life of ex Joem Bascon
Don't miss out on the latest news and information.