Why still no wedding bells for Pokwang and Lee 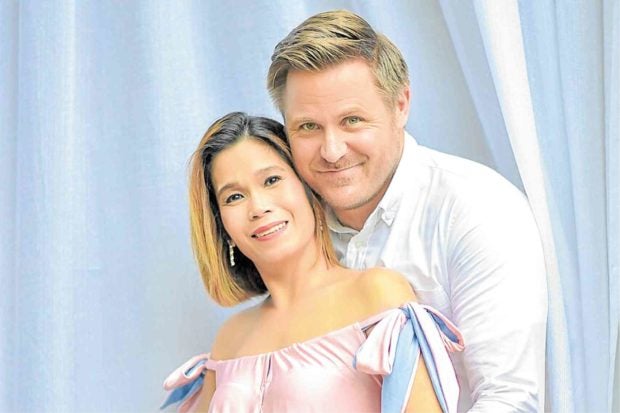 “Basta maikasal lang, OK na! But as a Catholic, of course I want to get married in a church, in Antipolo preferably, where I grew up. So my townmates can watch, too!” she told reporters at her recent launch as the first celebrity endorser of the liquefied petroleum gas company Regasco.

The 46-year-old television host-comedian, who’s in a four-year relationship with American actor Lee O’Brien, isn’t keen on going on a honeymoon, either. “Wala nang honeymoon. Let’s save up money!” she shrieked.

But when will they actually tie the knot? It’s a question that has been hounding Pokwang since giving birth to Malia—her baby girl with Lee—last year.

“I’m still fixing things. My mom has a health condition, too. I just want to make sure that everything’s in place before that (wedding) happens,” pointed out Pokwang, who’s not so optimistic about having another baby.

“Expired na nga [matris ko]! But despite that, my sex life is happy. Masaya ‘yan!” quipped Pokwang, who has an elder daughter from a past relationship.

Right now, she has her hands full with work and raising Malia, who at 1 year and 9 months, is already quite a crowd-pleaser. “She loves getting up on stage during my shows. She would cry when you take her away. Nang-aagaw ng eksena!” Pokwang related. “When I do photo shoots, she’s always there, emoting!”

It’s still too early to say whether or not Malia would grow up wanting to become an actress, she said. “But I wouldn’t mind if it happens. I will support her in whatever she wants to do in life. I want her to finish her studies, of course.”

Pokwang considers herself blessed to be with someone like Lee, who “has a great heart,” and whom she described as her “No.1 fan.”

“What I love about our relationship is that there’s balance. We give and take. We listen to each other. We support each other when it comes to work,” she said. “We make sure to give each other space. Just because you’re partners doesn’t mean you have to be in each other’s business all the time. It’s all about respect and trust.”

Aside from an upcoming series, Pokwang is also part of the comedy flick, “Mission Unstapabol: The Don Identity”—an entry in this year’s Metro Manila Film Festival (MMFF), which stars Vic Sotto and Maine Mendoza.

Lee, on the other hand, is part of the drama film “Culion,” which is also an MMFF entry. So it looks like it’s going to be a hectic Christmas season for the couple. “He has spent four Christmases here, so he knows how crazy the MMFF can get. We will be on different floats!” she said.