Roland Emmerich talks about Darren Criss in ‘Midway,’ reflects on his Hollywood success 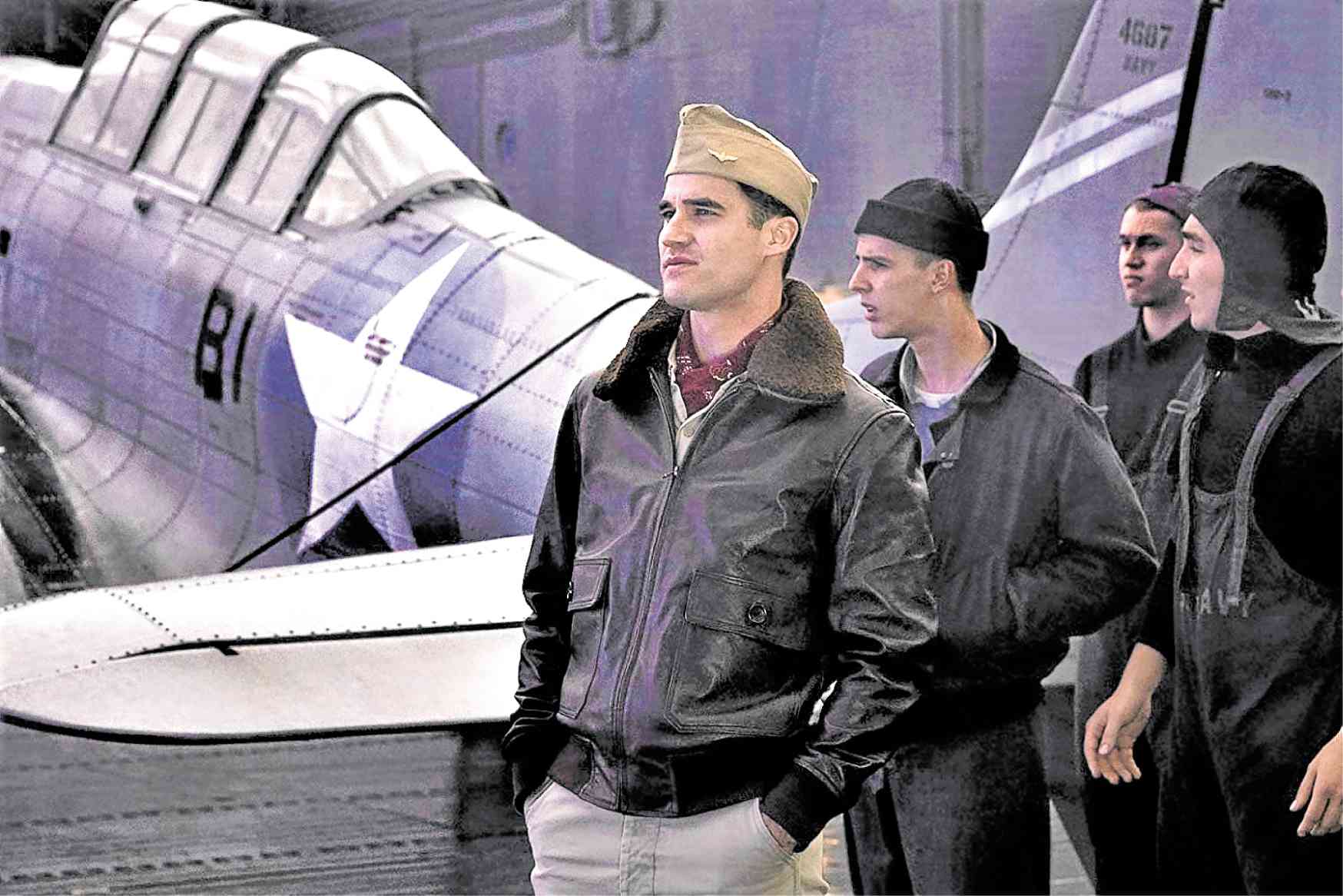 LOS ANGELES—“Darren (Criss) was just happy to be in this group of actors and playing opposite them,” director Roland Emmerich said about casting Fil-Am Darren Criss in “Midway,” which features a large cast of actors.

“I was a little embarrassed how small the part was, to be honest. We always talked about it,” admitted Roland.

In “Midway,” a WWII epic film, Darren plays Lieutenant Commander Eugene Lindsey, whom the actor described in his tweet as being honored with “the Navy Cross for leading his squadron in an attack on the aircraft carrier Kaga in the Battle of Midway.”

Roland added about Darren, “He’s a lovely guy, super smart, intelligent and funny as hell. I was  excited that I had him.”

In the German filmmaker’s movie that follows the US Navy and aviators who survived the surprise Pearl Harbor attack, then through the Battle of Midway which was a turning point in WWII, Darren joins Woody Harrelson, Patrick Wilson, Luke Evans, Mandy Moore, Dennis Quaid, Aaron Eckhart, Nick Jonas, Ed Skrein and Keean Johnson.

“So, it’s this feel that you have a good group of actors together,” Roland said about the cast. “For me, it’s very important.”

Roland, one of my first interview subjects in Hollywood, has come a long way. I met him at the same time with Fil-Am Dean Devlin, who was his writing and producing partner until 2000.

On this warm, gloriously sunny day, we were in the pool house of Roland’s sprawling, Hollywood Hills estate that spans 5 acres.

Fittingly, the Marrakech-inspired home has Hollywood pedigree. It was once owned by Jesse L. Lasky, the vaudeville performer and Broadway producer who collaborated with legendary film mogul Cecil B. DeMille on the first feature-length movie shot in Hollywood, “The Squaw Man,” in 1914.

“Oh, super grateful,” Roland said about Hollywood, which nurtured the Stuttgart native’s directing career, with credits that include “Independence Day,” “Godzilla,” “The Patriot,” “The Day After Tomorrow” and “Universal Soldier.” “Because of Hollywood, I am who I am. I got very lucky.

“I came to Hollywood at a time when directors were the most important thing. I came to an independent company like Carolco, which valued directors a lot. So, I had an office next to James Cameron, Ridley Scott and all these directors. I was a fan of them.

“And it was a time when you made successful movies, you could get something like final cut and something that was called box-office gross points, which means you make a lot of money. And you partner with the studio.

“In certain movies where I made so much money, I felt a bit ashamed. But it’s good because you have this in perpetuity so you can leave something to your family later, to your nephews and nieces. So Hollywood is extremely good to me.”

Looking back on how he came to buy this estate which is surrounded by lush greenery, Roland said, “I already went to Los Angeles a lot of times in the late ’70s and ’80s. Whenever I looked out the window (from where he used to live), I saw this endless thing (the house he owns now). I somewhat had the feeling that I’d been here before. I always felt I’m coming home.

“When I found this place here—actually, I always tell this to everybody—I drove through the gate and around the middle of the property, I already decided to buy it. Then, when somebody told me this home was built by Jesse Lasky who together with Cecil B. DeMille put Hollywood on the map—they even shot a movie, the first six reel, ‘The Squaw Man,’ on this property—that helped me a lot to buy it.” 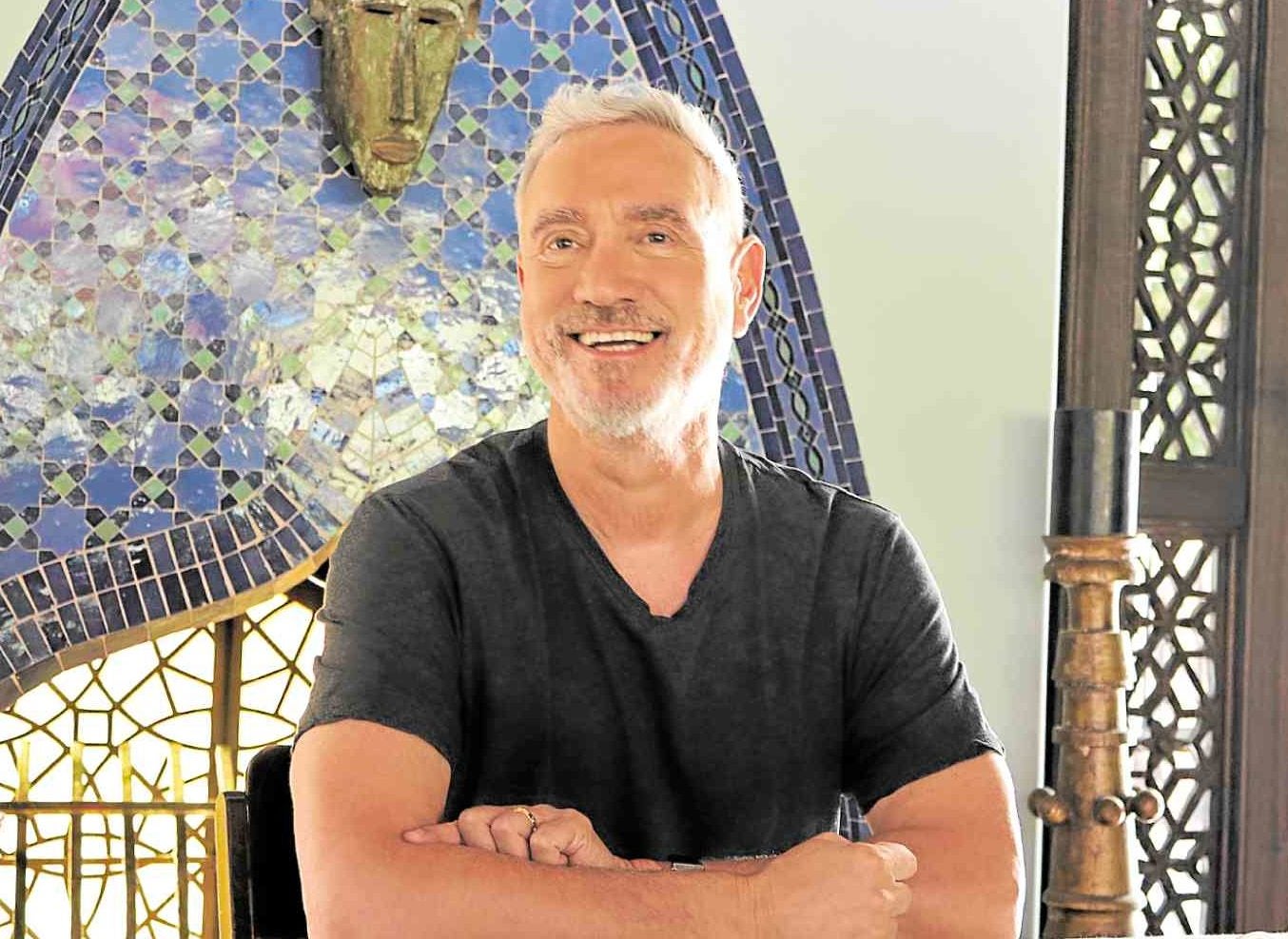 It was love at first sight for Roland. “It looked totally different then. It did not look as ‘jungle-y’ as it is now. For me, the garden was very important. I come from a family that makes machines for the garden (laughs). Maybe deep down, I wanted to impress my dad.”

The 63-year-old said he personally furnished his home. The pool house was decorated with Moroccan, African and Asian accents.

“The house is still the original. And I have a little guesthouse up on the hill. For me, it’s important to choose everything myself because it’s my house.

“If I did not have this place, I don’t know how my well-being would be. Because here, we have huge parties and small gatherings. I’m very social. It also helps me to balance with my work.”

Back to “Midway,” he talked about how he cast his actors. “Most of the time, you look at what they have done before. There are certain actors like Woody Harrelson who pretty much can do everything—comedy, he can do something like (Admiral Chester) Nimitz, he can do anything. We became friends because I shot a movie (‘2012’) with him. We decided to go first after him.

“Woody immediately said yes to Nimitz. He was our rock. We could just say to everybody who asked, ‘Who’s in the movie?’ ‘Woody Harrelson (laughs).’ Which is great because they said, ‘Oh, wow.’

“Mandy Moore was next. So, the more name actors you have, the easier it gets. Don’t forget, we didn’t have too much money. Sometimes, we went to an actor who said yes but wanted to have $3, $4 million. We said, ‘We can’t,’ and we moved on.

“We didn’t say, ‘Let’s find more money.’ We said, ‘We’ll find somebody else.’ There was also the freedom of doing a movie independently because we sold it with Woody and Mandy attached. We actually had only two actors attached when we sold the movie in Cannes.

“We just made the point that you can have the biggest movie star in the world, and it doesn’t guarantee you any box office. That’s just a fact now. But also, throughout my career, I only worked once with a big movie star and that was the least box-office earnings I ever got with a big, expensive movie.”

On being married to his long-time boyfriend Omar De Soto (they wed in 2017), who is 33 years younger, the director beamed, “We have only two problems—he wants to make movies, too, and we have a totally different taste in movies. I give him advice and he says he has to do it himself.

“Bare my soul now,” Roland quipped with a laugh when asked how different he is from the man when he was starting his career in Hollywood. “Then, I was an idiot (laughs). I was not so different. I’m a little bit older now. I understand a little  more about life and I’m married. I’m going on 11 years now with my partner. I have a different outlook on life. I don’t take it so seriously anymore.

“But I have to say, my passion for film is always the same. I live film. If they don’t let me make movies, if they don’t finance my movies anymore, I will do one on my iPhone, in my garden. I just have to make movies. That’s just my life. It’s the best job in the world you can have.”