MANILA, Philippines — After its sold-out shows in Dubai, United Arab Emirates and Singapore, the Filipino music festival “One Music X” will finally be staged in the country to be headlined by some of OPM’s top acts. 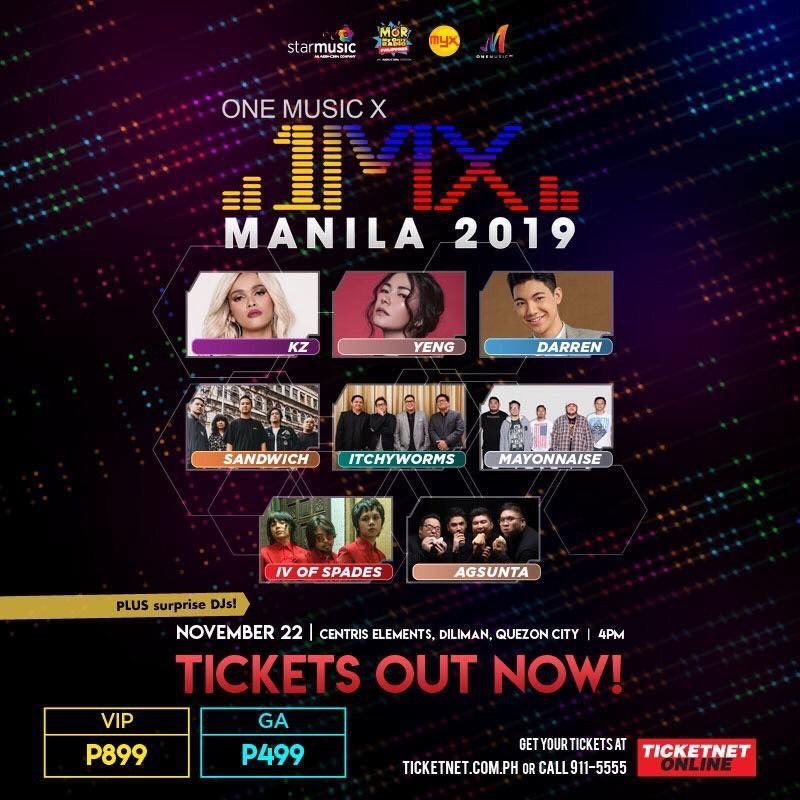 Photo courtesy of One Music

Why it took a while to bring the show in Manila, Star Music audio content head Jonathan Manalo explained they wanted to establish the festival as global before bringing it home to the Philippines.

The first “One Music X” took place in Dubai in 2017 followed by another show in Abu Dhabi, UAE in 2018. It was only last May when the festival was staged in Singapore.

Its vision, Manalo said, is to make “One Music X” a world-renowned festival that can be brought to different countries to showcase Filipino music and talent.

The anticipated music festival is set to happen on November 22 at the Centris Elements in Quezon City.

“One Music X” spearheaded by Star Music, MOR 101.9 For Life!, MYX Philippines, One Music PH and The Filipino Channel (TFC) was launched in 2017 with a goal to showcase Filipino talents on the world stage.

Tickets for the music festival are available via ticketnet.com.ph.