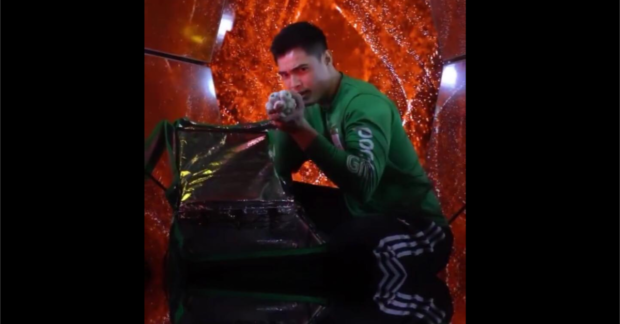 Some took inspiration from comic books, TV and film, as in the case of Kathryn Bernardo who dressed as Poison Ivy, and Maymay Entrata who came in as Saitama from “One Punch Man”. But it was actor Raphael Robes’ look as a GrabFood delivery guy which roused the most intense reactions from netizens.

Robes wore a green long-sleeved shirt with GrabFood’s logo on the sleeves and paired it with black pants bearing three white stripes.

He accompanied his outfit with a large green delivery bag, which also carried the delivery services’ logo. Robes also posed with another actor, Jameson Blake, who dressed as Doctor Strange, posting the moment on his Instagram Story yesterday, Oct. 21, with the message, “Don’t you dare cancel.” 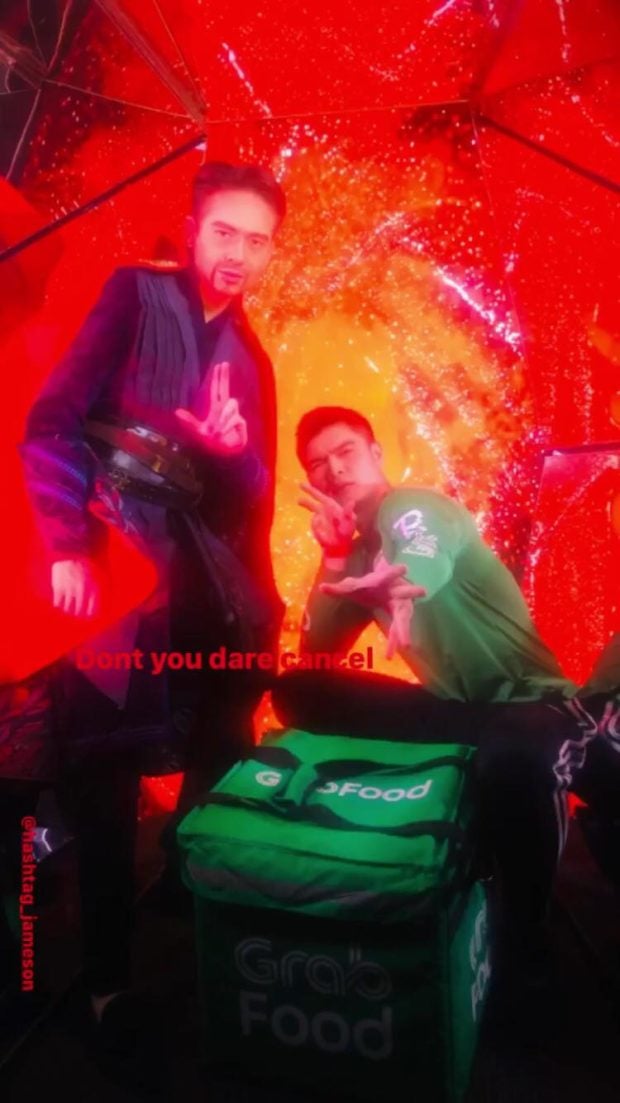 Netizens quickly took to Twitter to air their thoughts on Robes’ choice of attire. The question, “Should the uniform be a Halloween costume?” recurred in most of the discourses.

(I don’t understand the issue with Raphael Robes[.] It’s not culture appropriation nor is the costume racist, so what’s the issue? Next year just dress as yourself so it’s safe.)

(What’s insensitive about [the] GrabFood delivery uniform made into a costume? For the longest time, uniforms of nurses, construction workers, pilots, clowns and the police, etc., have been used as costumes. How is [the uniform of a] GrabFood [delivery man] any different?)

“If it’s just a firefighter or a nurse or a [GrabFood] delivery guy costume, it should have been worn, I guess, on [Labor Day],” one Rich (@RichFlavored) claimed, explaining today, Oct. 22 that “Halloween costumes should at least be worn and created with a level of gore and camp.”

Halloween costumes should be made and worn with a certain level of gore or at least camp. If it's just a firefighter or a nurse or a Grab Food delivery guy costume, it should have been worn, I guess, on a labor day. There, I said it.

A new perspective was added to the discourse as one @koronelmagnet thought that Robes may have been using his platform to help raise awareness about unjust order cancellations.

“[Using] such an event such as #BlackMagic2019 to tell people not to cancel GrabFood order kase drivers ang kawawa (because the drivers are [the ones who] suffer),” she stated in her Oct. 21 post with a screen capture of Robes’ now-deleted post.

SHET I STAN ONE (1) BABIE pic.twitter.com/P2FpxN05tR

Robes has since deleted from Instagram his photo which showed him wearing the uniform. He is also yet to reply about the issue, as of this writing. JB