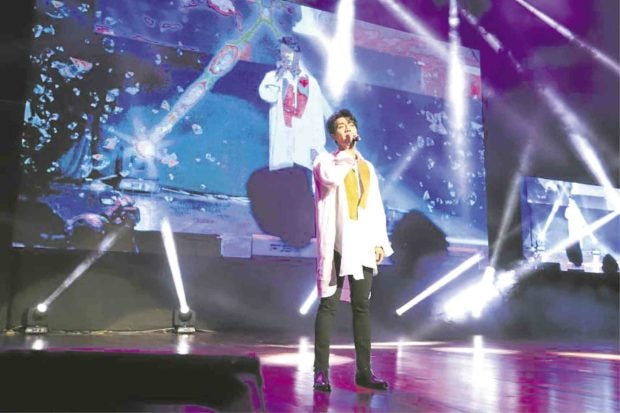 Filled to the brim wasn’t an understatement. This was something that we saw for ourselves when we attended Lee Seung-gi’s recent “Vagabond Voyage” fan meet at the New Frontier Theater and his first visit to the country.

Seung-gi’s local fans, whom he endearingly calls Airens, battled rain and weekend traffic just to spend time with him. The meet also coincided with the celebration of his 15th anniversary as a singer on the entertainment scene. Some of his Airens came all the way from Singapore, while others flew in from as far as Agusan del Norte just to get a glimpse of the 32-year-old Hallyu superstar.

Even ABS-CBN COO Cory Vidanes stood up and cheered for Seung-gi when he opened the show with “Because You’re My Woman,” his debut song from his 2004 album, “Dream of a Moth.” The song created quite a stir when it was released because its lyrics spoke of a May-December affair, which probably explains the presence of a lot of “titas of Manila” at the event.

During the fan event, Seung-gi, through his interpreter, said, “For the longest time, it’s always been my dream to visit my Filipino fans, so I am glad that it finally happened today.”

Seung-gi’s fan meet isn’t your usual, run-of-the-mill event. It played out as a variety show with a talk-show segment, coupled with games participated in by lucky fans. He also shared various aspects of his career and private life by way of exclusive, previously unpublished clips.

Even Seung-gi’s adorable pet Perro, a male Shiba-Inu dog born on Nov. 11, had his own segment. He said he was planning to treat Perro to a pet café and spa for his birthday.
“Everybody loves Perro. He’s more popular than me,” he added.

Three particular segments of the show sent the audience in a tizzy: First, when Seung-gi mentioned that of all the fan interactions he’s had, it was his Filipino fans’ high energy and warm welcome that impressed him the most.

The second was when videos and photos of Seung-gi undergoing training for his latest hit series, Netflix’s “Vagabond,” showed him shirtless, going head-on with his stunts, and running a full parkour course on Moroccan rooftops. 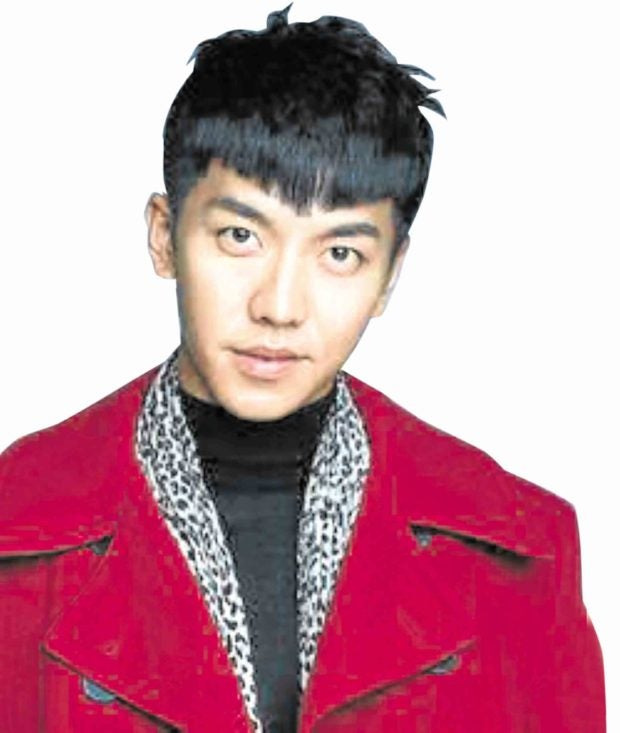 In “Vagabond,” Seung-gi plays stuntman Cha Dal-gun, who is determined to find the truth behind a mysterious plane crash that killed 211 civilians, including his young nephew. His quest for justice unravels a web of lies and corruption. His life takes another turn when he crosses paths with Go Hae-ri (played by K-pop star Bae Suzy), a covert operative from the National Intelligence Service.

The series is Seung-gi’s second team-up with Suzy after the 2013 historical fantasy, “Gu Family Book,” where he won the Outstanding Lead Actor in the 2014 Asia Rainbow TV Awards.

Imagine all the ruckus that resulted when select romantic outtakes of Seung-gi and Suzy were shown to the audience. He said he was very glad to have worked with Suzy again: “I got to see more of her acting style. She is an excellent actress.”

According to Nielsen Korea, “Vagabond” topped the nationwide viewership rating on its premiere last September, generating an estimated 1.8 million viewers. The series showcases Seung-gi’s maturing acting chops, a far cry from his rom-com roles in K-dramas like “My Girlfriend is a Gumiho,” “The King 2 Hearts” and “Hwayugi: A Korean Odyssey,” which aired on ABS-CBN last year.

The third and perhaps the most deafening of all was when one lucky Airen got to go on an “on-site” date with the Korean star and share a “kimbap” that Seung-gi himself prepared. The lucky fan from Butuan City flew in that morning just to attend the fan meet.

Before that, she went to South Korea twice—first, to see Seung-gi off at his last public appearance before he began his 21-month mandatory military service, then to welcome him back after his formal discharge in 2017.

It was amusing to see the distance his fans went just to get Seung-gi’s attention. One of them came to the event dressed in a wedding gown, to which Seung-gi jested, “I didn’t know that today was my wedding day.”

He was visibly holding back happy tears when his PH Airens surprised him with a video message and stood up to serenade him with Whitney Houston’s “Count On Me.”

The night ended on a high with everyone stomping their feet and grooving to Seung-gi’s pop-rock hits, “Smile Boy” and “Let’s Go on A Vacation.”

ALI bares facts on Technohub deal: P4B in lease to UP, P171, not P22, per square meter per month