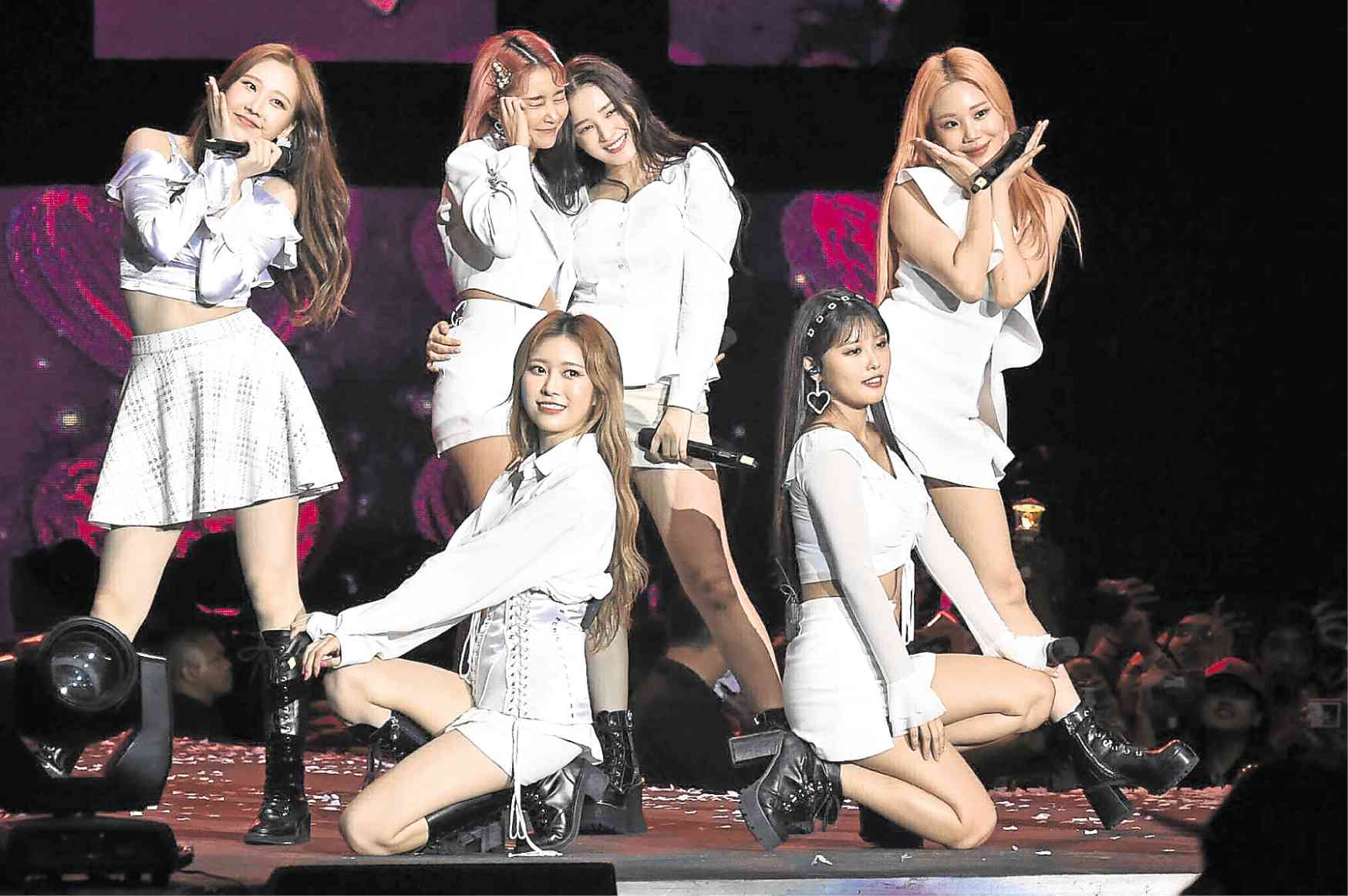 K-pop fans once again queued up at the Big Dome last Saturday to see their favorite Hallyu acts perform during their latest concert offering, dubbed “Good Friends in Manila.”

Momoland, Ha Sung-woon and Kim Jae-hwan were welcomed by a bevy of Filipino fans, as young as 5 years old to “titos and titas,” with glow sticks in tow coupled with a cacophony of deafening shrieks.

Girl group Momoland headlined the concert and opened its act with “Welcome to Momoland,” the first track from their 2016 debut EP of the same title. Hyebin, Jane, Nayun, JooE, Ahin and Nancy filled in for the rest of the nonet group as they serenaded Araneta fans with the radio-friendly “Falling U” and followed it up with the feel-good “Holiday” and the EDM-infused “I’m So Hot”—new tracks from their fifth EP “Show Me,” which was released early this year.

The new EP featured all seven members sans Daisy and Taeha after their management released a statement that the two will be taking a break from the group and skip the EP’s promotions due to personal and health reasons.

Fans speculated that Daisy’s noticeable “absence” was reportedly due her dating iKON member Song Yunhyeong—a breach of her management contract with MLD Entertainment, which stipulated a no-dating clause. 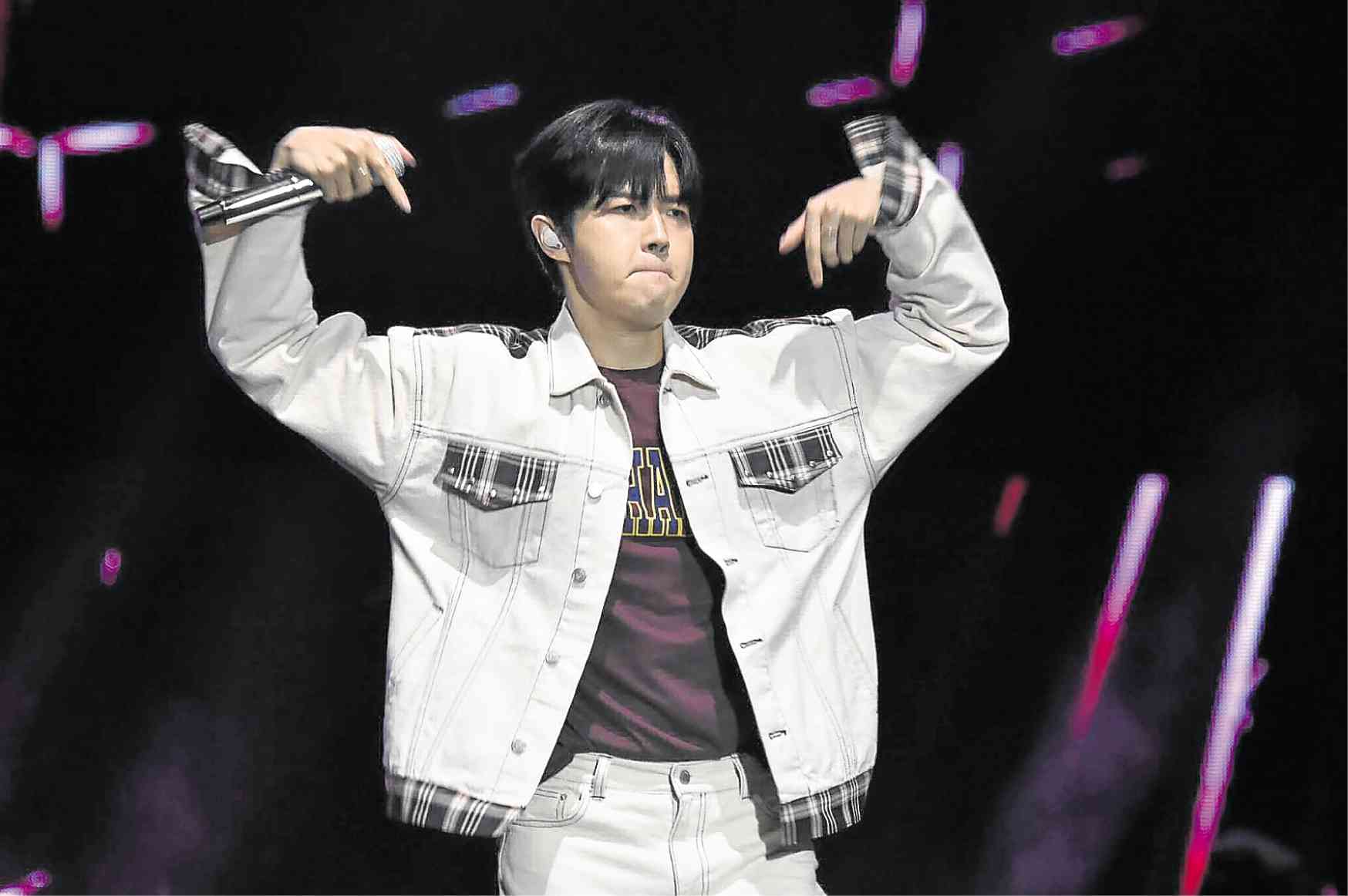 Reports say that Yeonwoo experienced “panic attacks and social anxiety” prior to the series’ filming, which led her management to release a formal statement about her absence from the group and appealed for fan understanding and support.

Despite such challenges, this did not stop the rest of the group from raising the roof, or the “Dome” rather, bringing the house down—everyone stood up to dance to their chart-topping, bubblegum hits, “Bingo Game,” “BAAM” and “BBoom BBoom.” The effect was so palpable that we noticed a group of tweens and 20-somethings that occupied an entire 15-seat row, dancing in perfect sync to Momoland’s hits that they could more than qualify as dancers for their next music video!

Perhaps the biggest roar of the evening was the announcement that Momoland donated its performance fee to the less-fortunate children of Barangays San Jose and Calawis in Antipolo City for school supplies, clothes and other necessities through the Miraean Smart City.

As a way of showing their appreciation to their Filipino fans on their third visit here (first in August 2018 and second during their January 2019 fan meet), Momoland closed its nine-song repertoire with Yeng Constantino’s “Salamat,” with the rest of Araneta singing along to every word.

For their part, former members of the 11-member K-pop boy group Wanna One, Ha Sung-woon and Kim Jae-hwan, performed as solo artists during the show.

During his set, Sung-woon performed groovy tracks “Bird” and “Tell Me I Love You” off his debut EP “My Moment,” which was released in February.

He also showed off his range and smooth moves via the R&B-styled single “Riding,” and the midtempo, beat-infused tracks, “Bluemaze,” “Blue” and “What are you doing today?!” from his sophomore EP, “BXXX.” 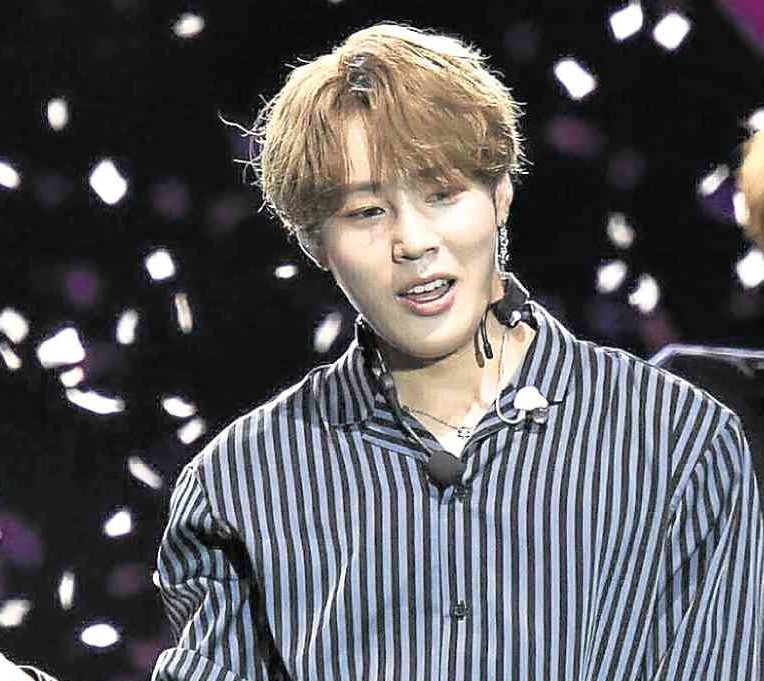 Sung-woon, who’s on his third visit to the country, shared that he recently visited Cebu with other K-pop friends, including Hotshot’s Timoteo, SHINee’s Taemin, VIXX’s Ravi and EXO’s Kai. He also said that he would love to go to Tagaytay on his next visit.

Jae-hwan showcased his honey vocals and prodigious pipes when he opened his act with “Begin Again.”

He followed this up with a silky rendition of the hook-heavy tracks, “Blow Me” and “Designer,” from his 2019 debut EP “Another,” that allowed him to display his terpsichorean skills.

He further impressed his fans with a sexy cover of Trey Songz’s “Neighbors Know My Name,” and a soaring rendition of Demi Lovato’s “Sorry Not Sorry.”

Jae-hwan told his fans that this visit is particularly special because he came with a former bandmate. He also appeared in a cameo role for Momoland’s “Freeze!” music video.

He said that he was currently working on his next album, and thanked all his Filipino fans for all the support.

His fans organized a preconcert event meetup via social media. They distributed fan kits to members of his PH fan club at the Big Dome’s entrance and chanted his name as a life-size standee was being removed for safekeeping postevent.