On the set of ‘Insatiable’ with Debby Ryan, Lauren Gussis 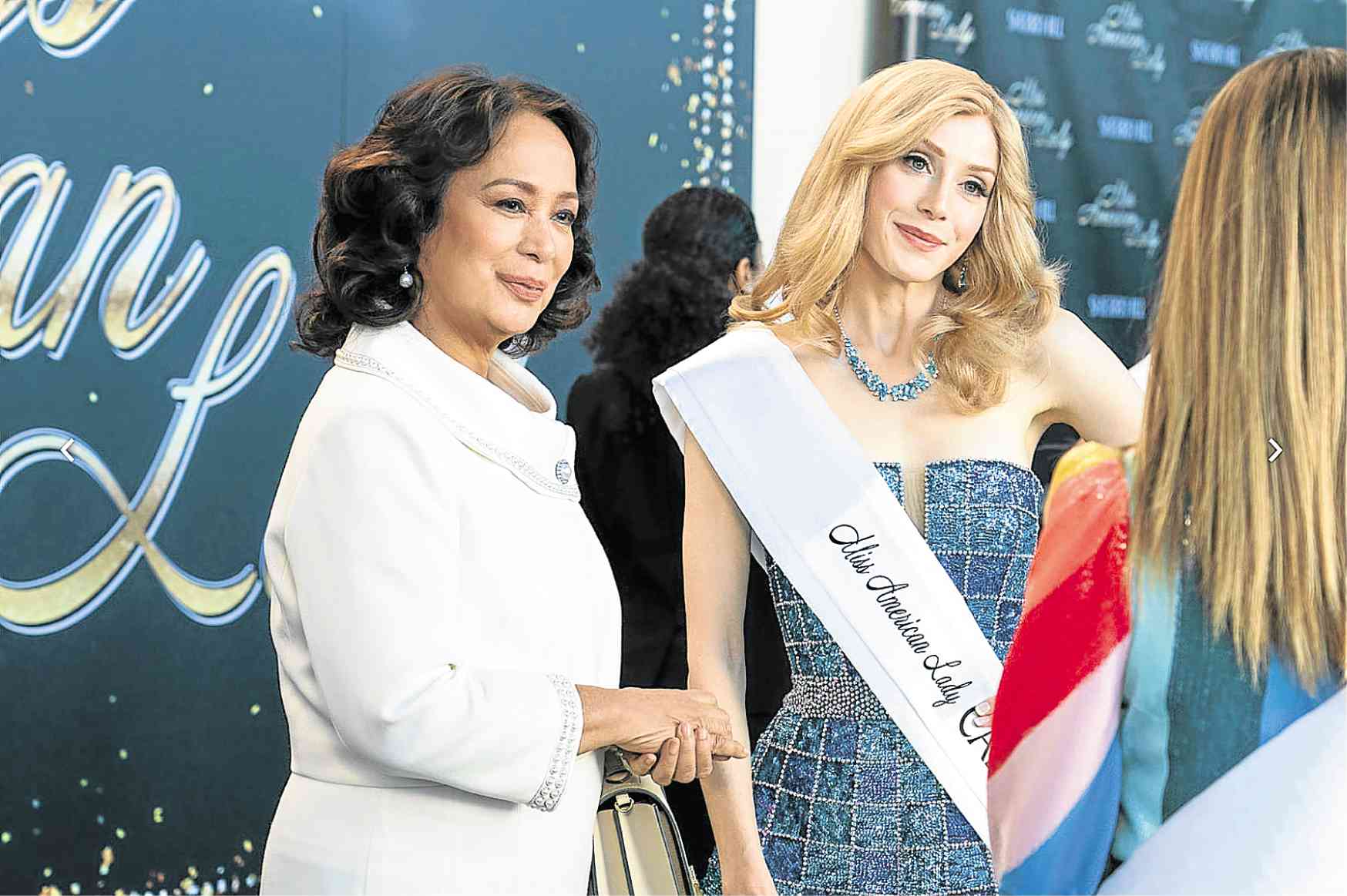 ATLANTA, GEORGIA—Our visit to the set of Netflix’s “Insatiable” last June was one for the books.
We understood the hustle and bustle surrounding the scenes that were being shot and staged that day. After all, those sequences for Episode 10’s huge production numbers for the Miss American Lady beauty pageant required the presence of many of the series’ lead actors, including special guest star Gloria Diaz.

In Season 2, which began streaming yesterday, the Filipino beauty queen, who’s as well-loved for her wit as for her candor, plays former Miss Universe and Miss Philippines Gloria Reyes, considered “the fiercest coach on the beauty pageant circuit.”

On the set, we were thrilled to see Gloria hit her mark take after rigorous take. That didn’t really come as a surprise for us because we were aware of her nothing-to-scoff-at filmography, which includes award-winning turns in Lav Diaz’s “Batang West Side” and Marilou Diaz-Abaya’s “Jose Rizal.” Moreover, we were able to pick the legendary beauty queen’s brain during a roundtable chat and over dinner.

Other than seeing Gloria strutting her thespic stuff on a Netflix production, our favorite moment came when we finally met series creator Lauren Gussis, who was as eloquent as she was forthright with her feelings about the bashing the show got over “fat-shaming” allegations, even before Season 1 premiered in August last year. 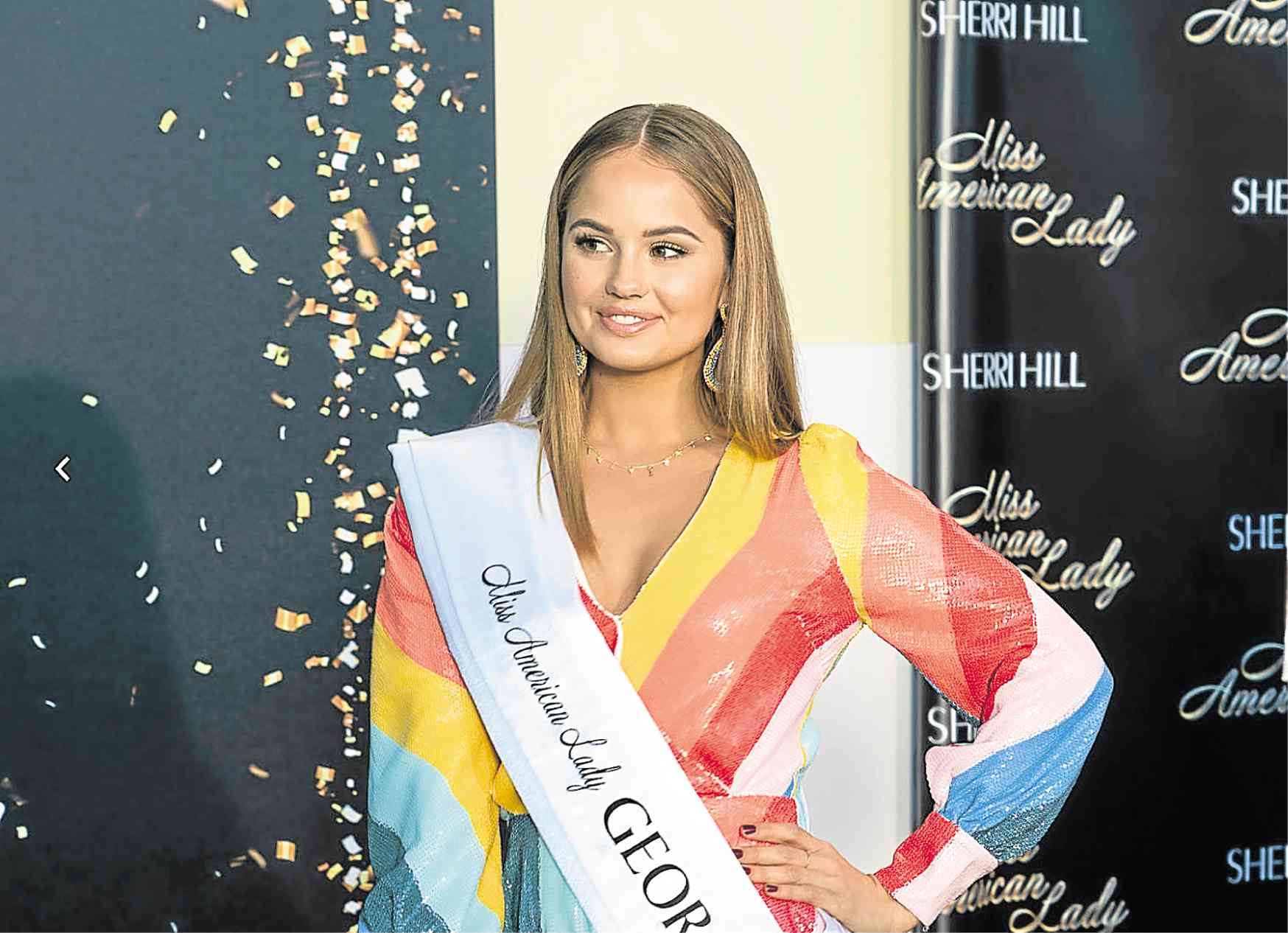 To bring you up to speed about the wildly popular series, “Insatiable” tells the story of obese high school student, Patty Bladell (Debby Ryan), who seeks vengeance on her bullies after she sheds off 70 lbs, gets the hunky boy of her dreams (Michael Provost), and becomes a beauty queen.

We admit we were feeling guilty to have made Ms. Gussis “emotional” shortly after she sat beside us—and after we asked our first question: In an article for Vanity Fair, you referred to Patty as “the demon of my inner bullied teenager.” Has the success of the show been cathartic for her?

“It’s been really interesting…,” Lauren paused as she tried to hold back tears. “It’s emotional to talk about it … You got me right off the bat.”

As we started to apologize, she assured us that it was alright. “It’s OK. It’s just painful. The backlash happened, then it triggered all that stuff, and we were getting bullied in the worst possible way.

“But here’s what happened: The show came out, and the fans were so excited and rabid in their defense of us that I wished I had something like it when I was 12, when I was getting bullied. 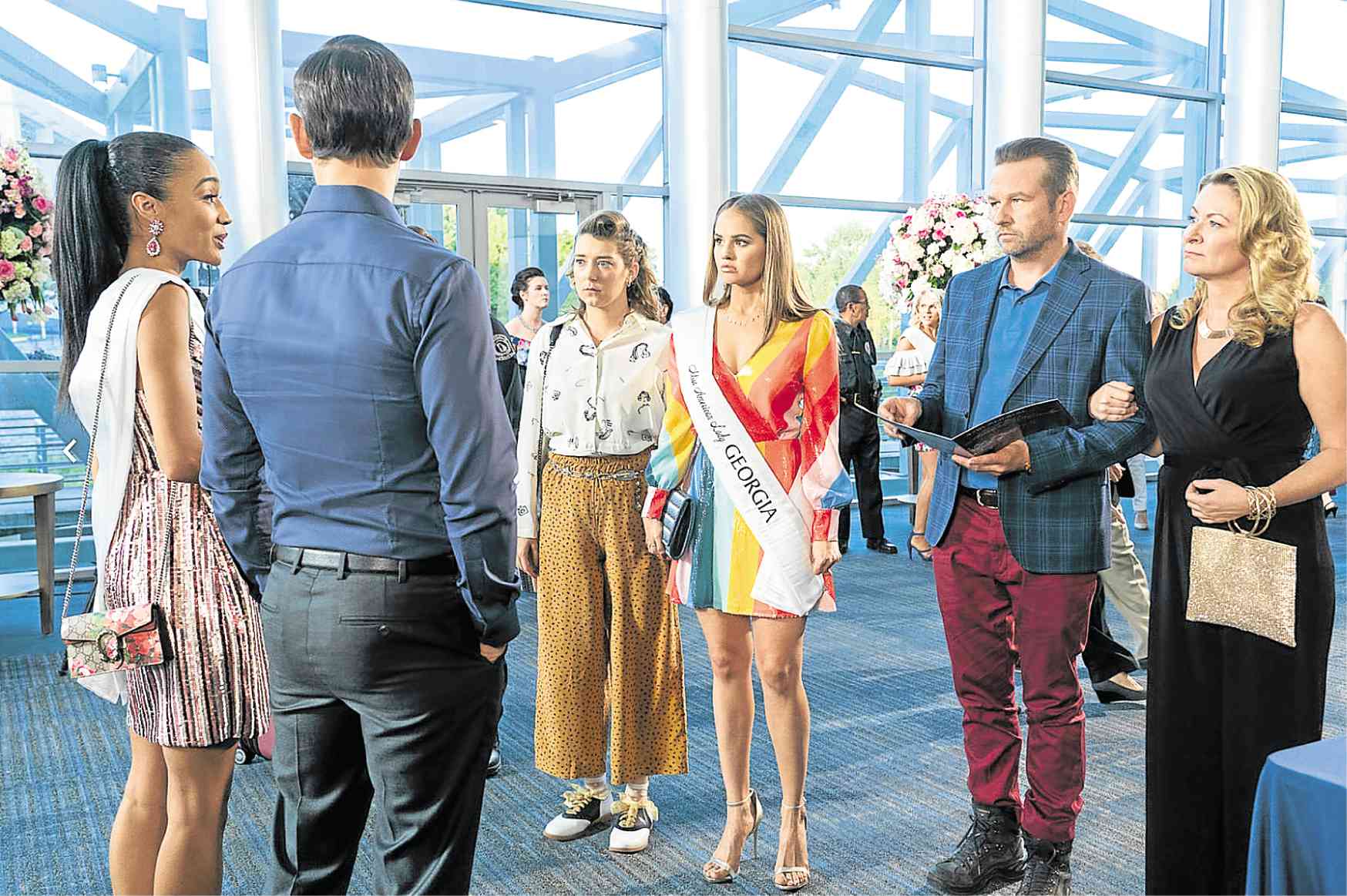 “Suddenly, there was a team of people coming out to defend us or saying nice things to protect us. And this happened in a very public way—it was amazing and magical.

“So, on some level, that experience was deeply healing, in terms of understanding that as much as there’s always going to be haters, there will also be someone who will give you love.
“And when you’re brave enough to expose that part of you, sometimes, that vulnerability is what brings you the love you need.

“That’s what I ended up showing in that deeply profound, deeply painful and deeply beautiful experience. What was also amazing was that at least one person from my past reached out to say, ‘If I was one of the people who did that to you, I’m sorry.’

“A couple of other people from my high school and junior years also reached out over social media and said, ‘I went through the same thing. I wish I had known that, so that we probably could have helped each other out.’

“Maybe there are other kids out there who are watching the show and feeling less alone for being able to talk to their friends about it—the idea of having a common ground [to address the issue of bullying]. 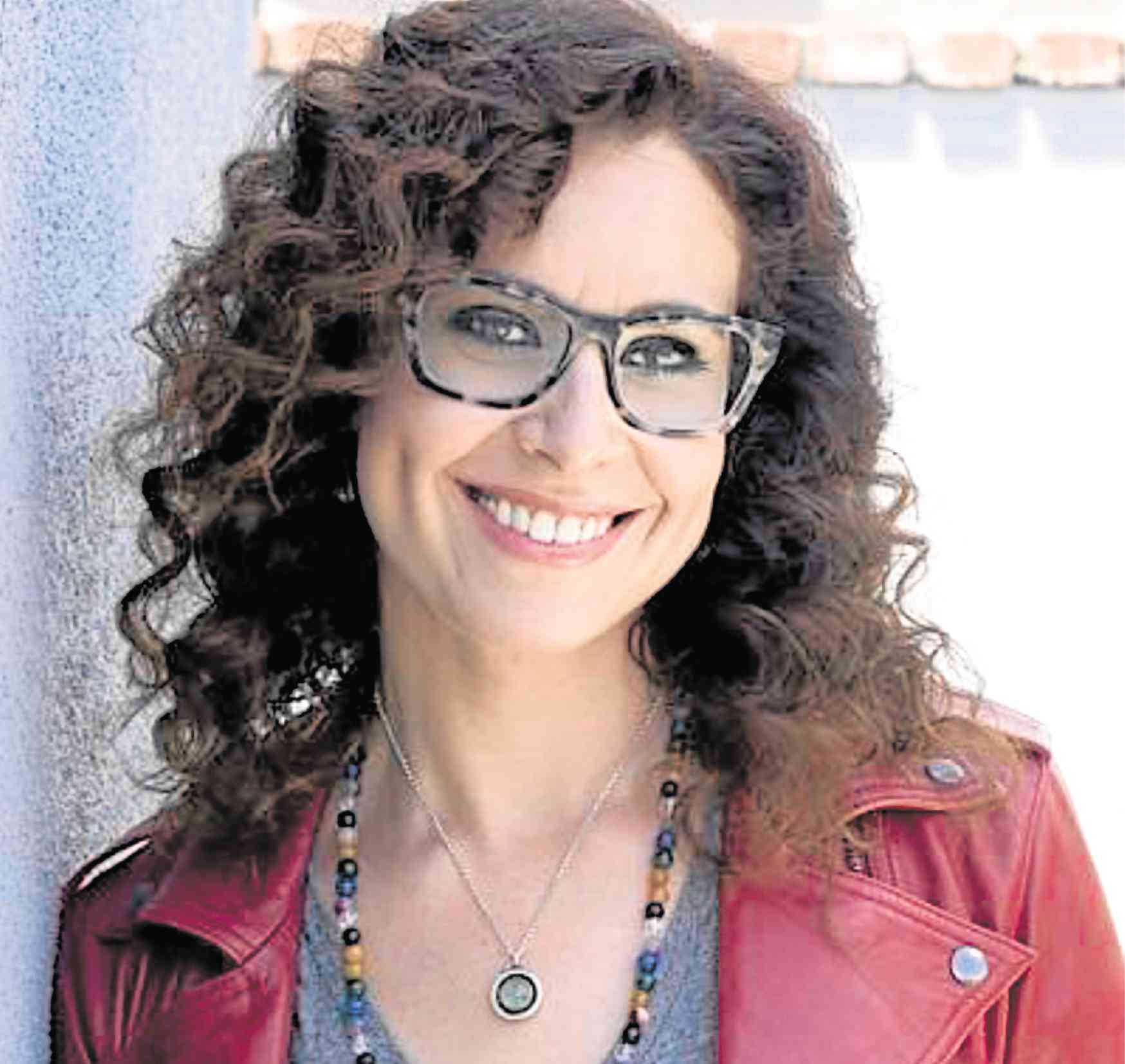 “If one kid feels less like sh*t [as a result of watching the show], then I’ve done a little bit of good in this world.

“Some people got it, and some people didn’t—and that’s OK. But what are we doing as artists if we only create ‘art’ that’s meant to please everybody? Then, that’s not art.”

Our “run-in” with Lauren didn’t end there.

Weeks later, we were tickled pink to get a card from her, thanking us for meeting her charismatic cast and spending time on the “Insatiable” set.

Of course, we were as happy to interview the show’s other cast members—so that’s something you, dear reader, need to look forward to on the pages of Inquirer Entertainment.

At one point, as we waited in the audience area of the auditorium where the pageant was being staged, we saw ‘N Sync’s Lance Bass, who plays the pageant host, seated in the next row while waiting for his cue. 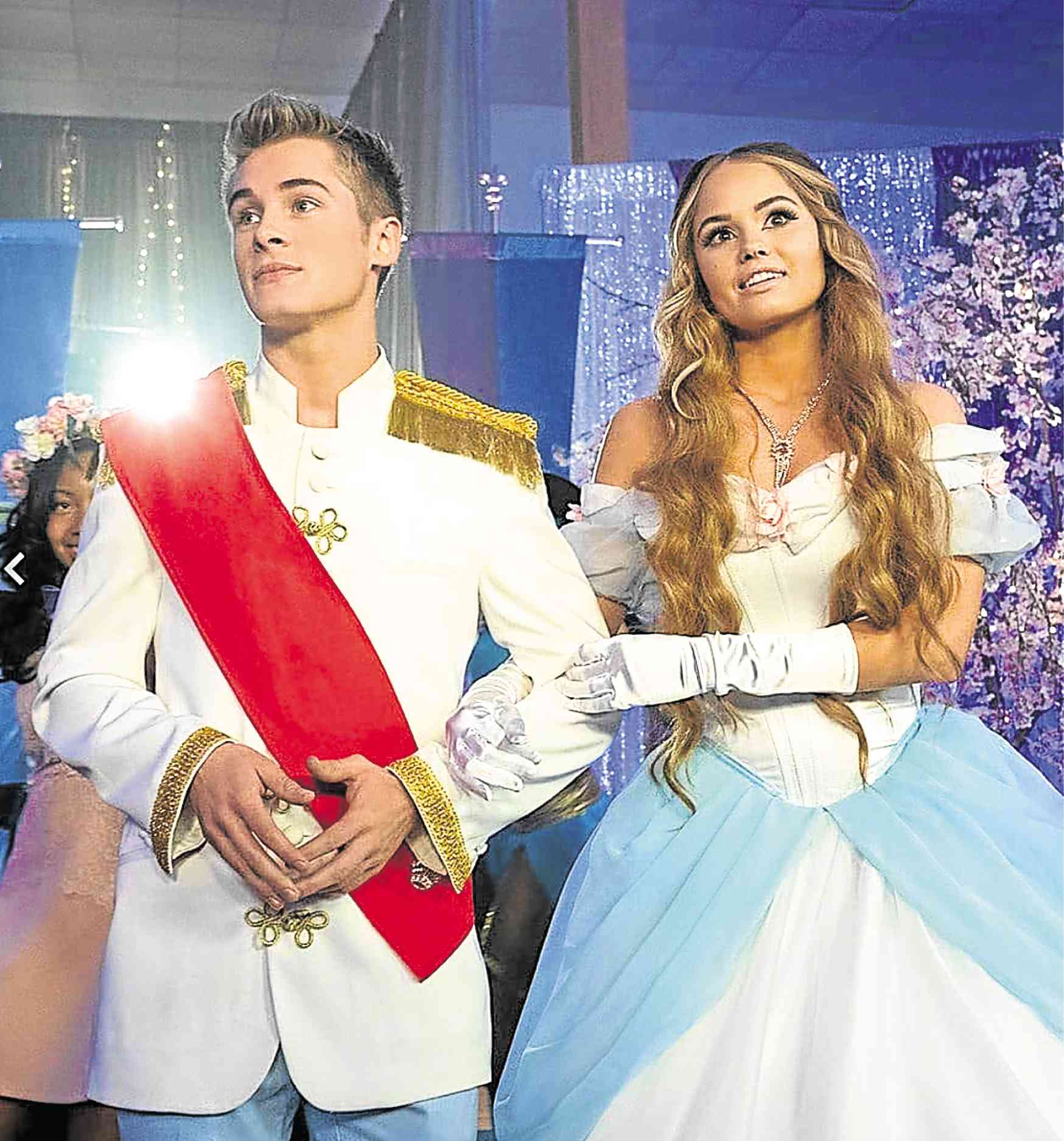 We had a lot of fun chatting with Christopher Gorham (Bob Barnard), Kimmy Shields (Nonnie Thompson), the playful Michael Provost (Brick Armstrong), Erinn Westbrook (Magnolia Barnard) and the feisty and fabulous duo of Arden Myrin (Regina Sinclair) and Irene Choi (Dixie Sinclair), who dropped by the set just to meet the Filipino journalists on set.

And then, there’s Gloria Diaz.

As we headed into the witching hour, the beautiful and articulate Debby Ryan spoke to us in between scenes, each one as exhaustive as the next.

The 26-year-old actress, who began her ascent to stardom at age 7, said that Debby’s issues and sources of insecurity weren’t foreign to her.

“It isn’t easy for a girl to navigate a world with so much pressure and unrealistic standards,” she mused. “I grew up in a world where there’s always comparison and visibility on social media, and that’s universal. I’ve always been able to identify with the feeling of not being enough.

“Accomplishing something is like a moving target. Every time you are able to achieve something, there’s always going to be another goal—and that’s what makes us driven, constantly seeking to be a better friend, actor, student or person.
“But this constant drive can also take us to dark places. I have also experienced that myself.”

Asked to describe Patty’s journey from Season 1 to the sophomore season, Debby said, “Patty experiences higher highs this time around. In Season 1, we saw her get a crush on a boy and have her first boyfriend.

“Then, she experiences her first heartbreak, which feels so big for her. Her capacity to love, need and want becomes even bigger.
“It’s the same when you win a crown: If you triumph in a local pageant, that makes you eligible to want a bigger crown. Season 2 steps into that territory in a lot of ways.

“Patty isn’t any different in Season 2, but her journey is. She’s more herself than she’s ever been, which is unfortunate (laughs). The latest season takes her to a place where we’re all allowed to be a little more honest.
“Her rage or anger, which was always there, builds, and she explores the source of that. The binge-eating has always been her coping mechanism. She navigates all these, what they mean, where they’re coming from, and addresses the root of all that.

“I think, for me and my loved ones, it’s so much easier to start to identify a problem than to actually take the steps of unraveling it and changing our behavior. I don’t think Patty is any different.

After pointing out her early beginning in the biz, where she was discovered in a nationwide talent search, we asked Debby if she has advice for other young people who wish to pursue a career in acting.

“It’s two-fold advice,” she said. “You are the only person who can set limitations on yourself. No one will ever dream bigger for you than you can dream for yourself. Also, have a backup plan (laughs). Make sure you are a complete and whole person outside of whatever your dream is.

“For me, what makes me able to be an actor is that I have a series of experiences that I’m able to draw from in my field.

“Set very high standards for yourself and know what you deserve. Then, have really low expectations (laughs), and be delighted if anything hits your mark.”