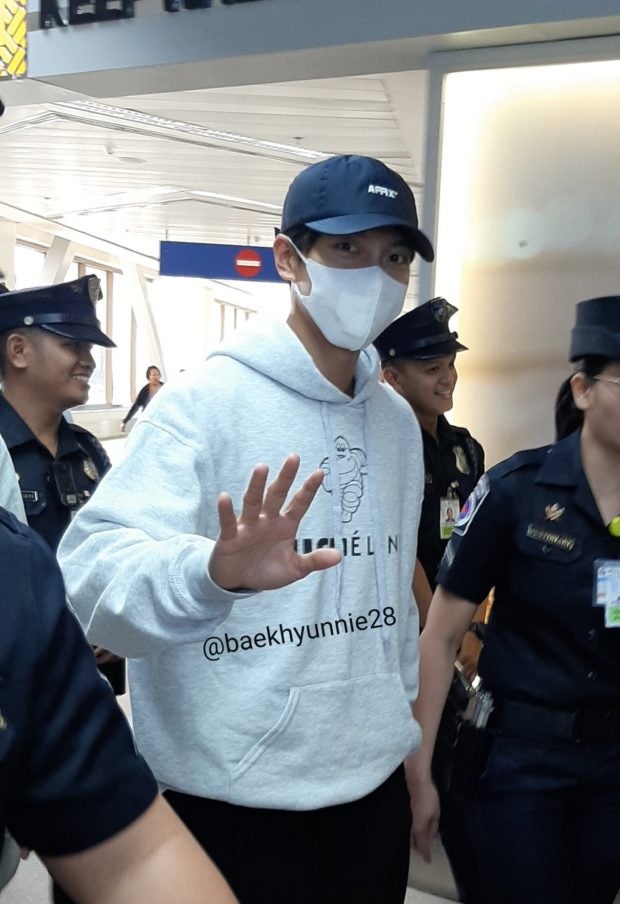 On Twitter, Ann Permejo, a Pinoy fan of Lee Seung-gi, shared videos of his arrival at the airport.

Excuse my voice, I'm just too excited to see him
❤❤❤#LeeSeungGiInMNL#VagabondVoyageInManila pic.twitter.com/XAKSZJJJe2

The “Ballad Prince” is set to hold his “Vagabond Voyage Asia Fan Meeting in Manila” with his Filipino fans on Saturday, Oct. 12, at the New Frontier Theatre in Araneta City in Cubao, Quezon City.

He starred in several Korean dramas like “My Girlfriend Is a Gumiho,” “Love Forecast,” “Gu Family Book” and “Hwayugi – A Korean Odyssey.” Aside from acting, Lee Seung-gi also shines in various fields of entertainment such as singing and hosting.

Recently, his “Vagabond” spy-action drama premiered on SBS TV and in Netflix where he plays the role of a stunt actor named Cha Dal Gun. It is also his reunion project with Korean singer and actress Suzy Bae.

Tickets for “Vagabond Voyage in Manila” are still available via TicketNet.  /ra