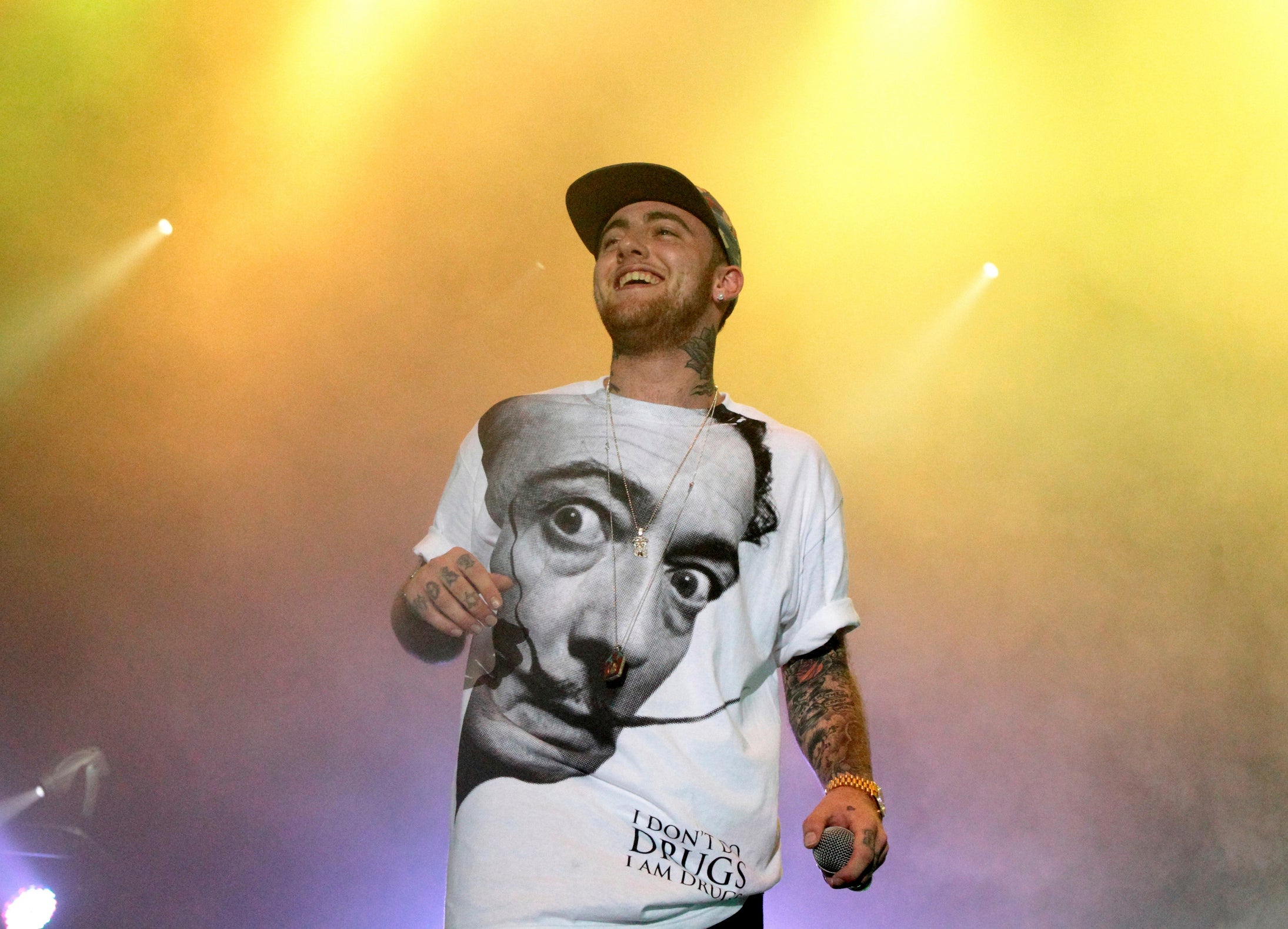 In this July 13, 2013, file photo, rapper Mac Miller performs on his Space Migration Tour in Philadelphia. U.S. prosecutors say three men arrested during the investigation into rapper Mac Miller’s deadly overdose last year have now been charged with providing the drugs that killed him. A grand jury indictment unsealed Wednesday, Oct. 2, 2019 in Los Angeles accuses the men of conspiring and distributing cocaine and oxycodone pills laced with fentanyl that caused Miller’s death in September 2018. (Photo by Owen Sweeney/Invision/AP, File)

LOS ANGELES — A man charged with selling rapper Mac Miller the drugs that killed him last year is set to appear in federal court in Los Angeles.

Pettit, who has been in custody since his arrest last month, has not entered a plea. His attorney has declined comment.

He faces a mandatory minimum sentence of 20 years in prison if convicted of either of the charges related to Miller’s death.

Two others have been arrested in the case. It’s unclear when they will be arraigned.

Authorities said the 26-year-old Miller died in September 2018 of an accidental overdose of the opioid fentanyl, along with cocaine and alcohol. /kga