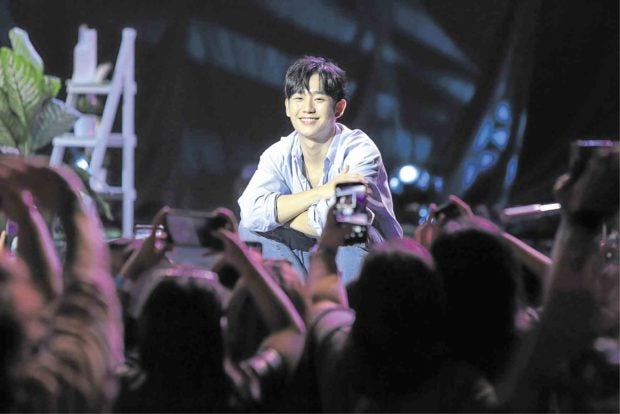 Jung Hae-in’s visits to Manila had been short and hectic, with not much room for leisure. Still, the limited time he has had in the country was more than enough for him to experience the love and hospitality of his Filipino fans.

“When I arrived at the airport, [people] had a smile on their faces and that made me smile too,” the Korean star of “Something in the Rain” and “One Spring Night” fame said at a press conference prior to his recent and second fan meet in the Philippines. “I’m thankful for your warm and positive energy.”

But if Hae-in were to compare his followers in the Philippines to those from other countries, he would say that his Filipino fans are tamer. “You’re a little bit on the shy side,” he pointed out, eliciting quizzical moans from fans who were also in attendance at the presser.

And so, on the day of the fanmeet dubbed “One Summer Night,” the diehards set out to prove their idol wrong.
For two hours, the audience inside the New Frontier Theater clapped, cheered, giggled, shrieked—rinse and repeat—at every little thing the 31-year-old actor did onstage.

While he’s first and foremost, an actor, and isn’t much of a live performer, Hae-in put in the effort and treated the crowd with a few song numbers—like his opener “Every Day, Every Moment” by Paul Kim—and showcased his “slightly upgraded singing skills.”

He did a Q&A game wherein he fielded the most random, but nonetheless amusing, questions that revealed some of his habits and quirks: He used to chew drinking straws when he was younger. In the shower, he brushes his teeth before he washes his hair. When dressing up, he opts for comfort over style. Beer and soda, he said, are best consumed with fried chicken. And as a night owl, he admitted that it takes multiple alarm cycles to wake him up. 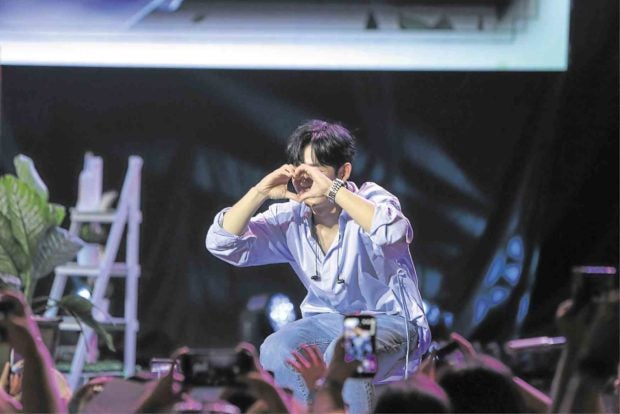 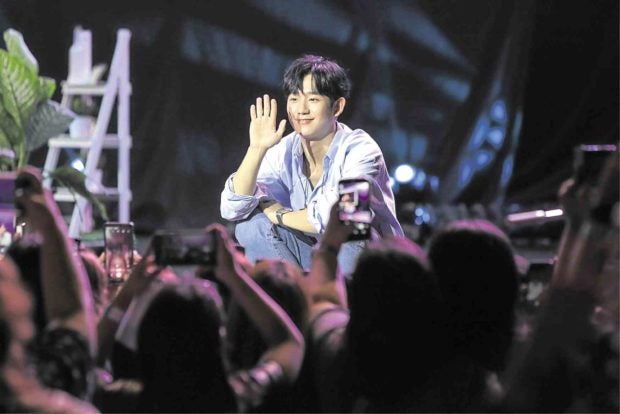 Jung Hae-in is grateful to experience the love and hospitality of his Filipino fans during his recent visit to Manila. —PHOTOS BY MANUEL CHUA FOR WILBROS LIVE

The fans also had a good laugh watching him try and complete a series of tricky tasks, including the “bottle cap challenge.” But because he failed to do so within the time limit, he had to carry out penalties, which were, in fact, rewards for lucky members of the crowd:

Using a fan’s phone, Hae-in recorded a video of himself saying, “Good night,” as a souvenir of sorts. He gave a girl a three-second hug, then took a polaroid shot with another.

But the highlight of the night was when he emerged onstage wearing a lab coat for the segment called “Pharmacist for Your Soul”—a nod to Yoo Ji-ho, the pharmacist/single dad character he played in “One Spring Night.” In this bit, he manned a makeshift pharmacy counter, where he rummaged his stash for “medicine”—goodies and merch—that he prescribed to his rattled fans asking for advice.

To a young girl named Charmie who was unsure about her future, Hae-in said that it’s important that she tries different things she enjoys because that will help her determine where she’s good at.

Hae-in collapsed in his chair in equal parts amusement and embarrassment when he learned that an Indonesian fan who flew all the way to Manila broke up with her boyfriend because of him—among other things. “I hope you get to a place where you love yourself more than anyone else,” he told the girl, prompting a chorus of “Aww!”

“And maybe find another man who’s a fan of mine!” he jested. 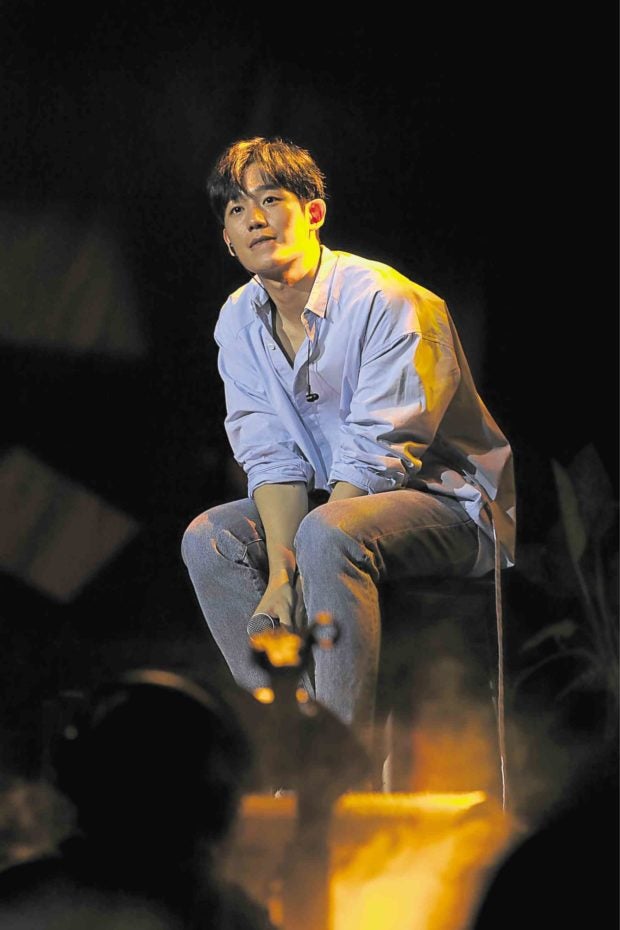 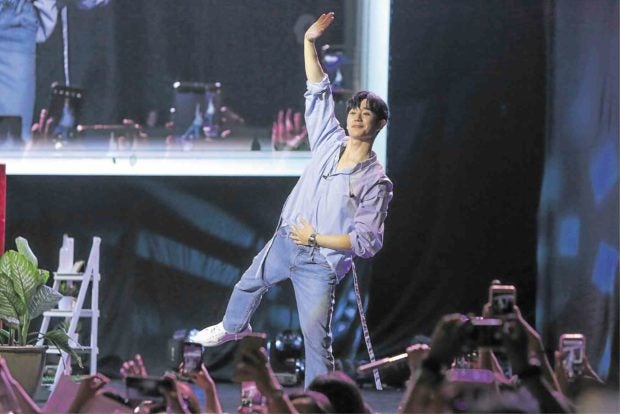 More than anything, that segment put into light many of Hae-in’s qualities that endeared him to people—charm, humility and his sense of empathy. He need not take the fans’ problems seriously and could have just given them something generic. But he took his time to analyze his fans’ problems, before giving them thoughtful responses.

And his groundedness seem to apply to the way he sees himself as an actor, too. When asked what he thought separates him from other actors, Hae-in said he couldn’t bear the idea of comparing himself and pointing out what he does better. The truth is, he said, he’s already more than happy he gets to do what he loves for a living.

“As an actor, I’m happy that there are people around the world who are interested and watches my work,” said Hae-in, who hopes to return to the Philippines for a vacation. “I’m thankful. I’m excited to work on more shows and movies so I can make you all happy.”

TAGS: “Something in the Rain”, Jung Hae-in, One Spring Night