What sets Leila Alcasid apart from other upcoming singers 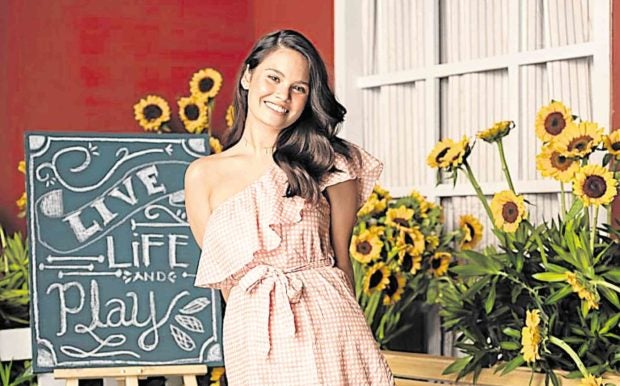 But the recent launch of her debut single “Completely in Love,” released by Star Music, is more than enough proof that the 21-year-old singer-songwriter has what it takes to make it on her own, even without the inescapable boost she should be getting from the aforementioned names.

It doesn’t hurt that the lovely Leila is as beautiful as her look-alike Selena Gomez.
As her 328,000 followers on Instagram would tell you, she even sounds like the chart-topping songstress sometimes!

“Completely in Love,” a catchy soul-R&B hybrid about a woman resisting the lure of love and romance, is as notable for its moody, hook-heavy grind as it is for Leila’s soothing, radio-friendly trills.

Leila does have another great thing going for her: Last weekend, we found out that talks about her “soft-spoken kindness” aren’t just wind in an empty cave. She was neither bratty, snooty nor self-entitled—even when she was nursing a cold.

Which is why Leila is thankful for her support system.

“I’m sick. So, before I came here, I was struggling about the song I’m going to sing or about losing my voice before the performance,” Leila told us last weekend. “My stepmother (Regine) was giving me advice and telling me what to do. So, it helps to have friends and family in this industry.”

We met Leila and coendorser Angelina Cruz, daughter of Cesar Montano and Sunshine Cruz, at the #instaxHangouts event last weekend. While waiting for the program to start, we didn’t just shoot the breeze with Leila and Angelina; we were also very much amused by the selfies we took using instax’s “sound-enabled” mini LiPlay camera. But we’re digressing.

The girls have been tapped to promote instax’s “Don’t Just Take, Give” global campaign, which encourages users to demonstrate their creativity, imagination and point of view by the photos they take.

Even with her famous family around, Leila prefers to keep her nose to the grindstone.

But, she is grateful for their “unstifling” support, especially now that her upcoming album “Better Weather,” featuring a 16-track collection of all-new self-penned tunes, is in the works.

“My dad gives me the freedom to do things my way. He wants me to express myself the way I can,” Leila disclosed. “We’ve cowritten songs in the past, but we don’t work together that often because our songs are distinct from one another. He knows that the kind of music I pursue is different from his.” 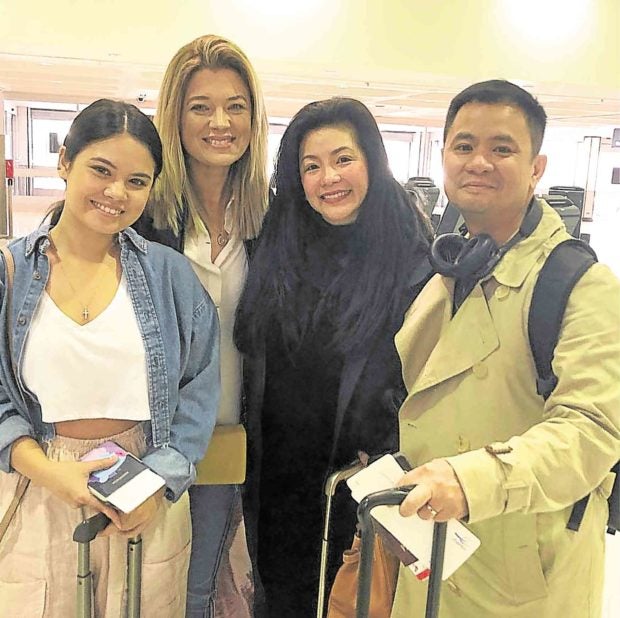 But she enjoys listening to Ogie and Regine’s songs, Leila admitted. “When I went to Australia recently, I was playing their songs in the car, just for fun. I was singing them, and my little sister (Sarah) was like, ‘Wow, you really know the songs!’ And I said, ‘Of course I do (laughs).’”

Asked how she keeps herself grounded, she said that if you start thinking you’re better than others, you’ll only alienate yourself from the very people who like you. “I enjoy connecting with the fans, so when I hear the word ‘idol,’ that’s like putting someone on a pedestal. That’s why I prefer to stay on everybody else’s level.”

If she were to “reimagine” or revive a song popularized by her dad and stepmom, which ones would Leila love to cover?

“I like pretty melodies,” she beamed. “I love my dad’s singles, ‘Ikaw Sana,’ ‘Pangako,’ ‘Kailangan Kita,’ and some songs from his latest album (‘NakakaLokal’).”

Of the songs popularized by Regine, Leila also has a personal favorite: “‘Araw-Gabi’ is stunning,” she quipped.

The young singer-songwriter said that precious advice from Ogie, Regine and Michelle are helping her keep her feet on the ground as she continues to navigate Philippine show biz.

“They tell me to just be as confident as possible,” Leila shared. “And to not worry too much about what other people say, because obviously there’s going to be people who don’t like you and those who do. To remember why I’m doing this. To enjoy myself. And to never act like I’m above others, no matter how successful I become.”

Leila was born in the Philippines in 1997, moved to Australia at age 5, and decided to return to Manila to pursue a singing career two years ago. But she said she had not regretted her decision.

“Obviously, I miss my mom, stepdad, sister and friends,” she mused. “But I’ve also made a lot of friends in Manila. I’ve built a life that I’m comfortable with, and I like the fact that I’ve become closer to my dad, my stepmom, my brother Nate, and also to my lola, lolo and my relatives here. As you can see, I’m also with family!”