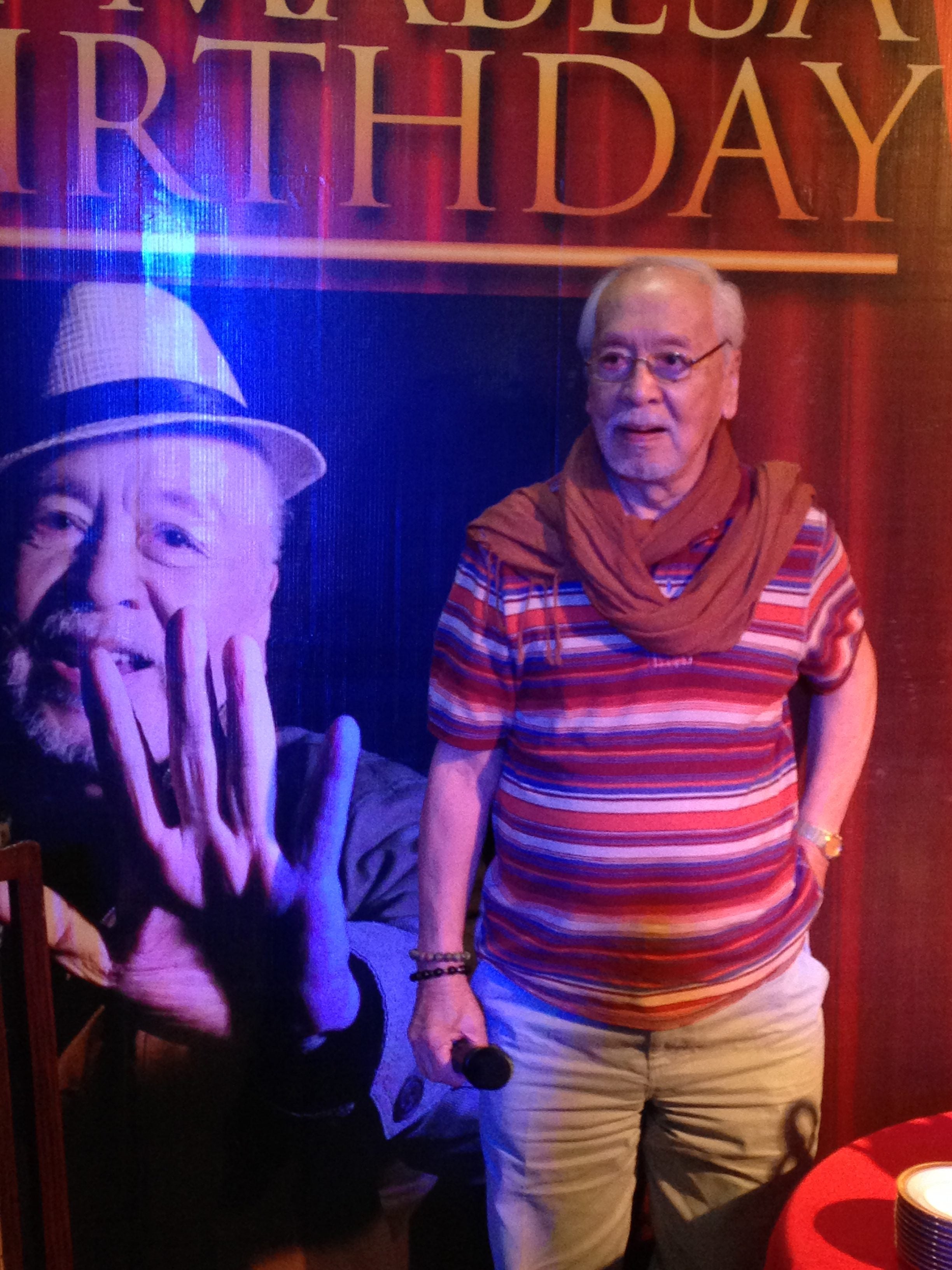 “Lion of the Theater,” director, actor, and pioneer of university theatre Antonio “Tony” Mabesa passed away Friday, Oct. 4 at 10:15 in the evening, and with his death marked the passing of an era of great directors of the Philippine stage.  He was 84.

Mabesa succumbed to illness, and was surrounded by family and friends. Details of the wake will be announced on Saturday, October 5.

He went on to establish the Dulaang UP and the UP Playwrights Theater at the state university, staging hundreds of plays and mentoring some of Philippine theater’s leading lights, such as Nonie Buencamino, Shamaine Centenera, Irma Adlawan, Eugene Domingo, Frances Makil-Ignacio, Adriana Agcaoili, Banaue Miclat, Neil Ryan Sese, and many others.

He leaves behind several generations of theatre professionals who learned love for the craft, dedication, and excellence at the feet of their beloved “Mababes.”

“The relationship between a teacher/director and student artist is a delicate one,” he once told Amadis Ma. Guerrero in an interview with Inquirer. “Somehow, one’s role as a mentor of a student can be a most rewarding or a most frustrating one.”

In his later years, Mabesa enjoyed an active film and TV career, capped by last year’s “Rainbow’s Sunset,” where he was declared Best Supporting Actor at the Metro Manila Film Festival. /jpv