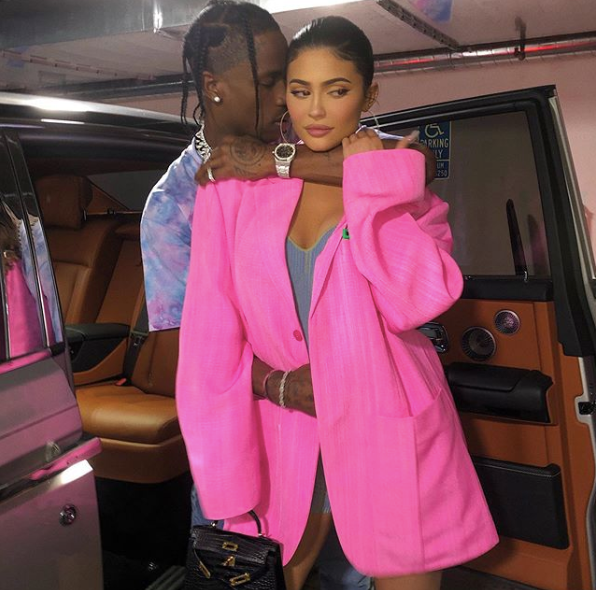 Travis Scott and Kylie Jenner have reportedly separated for the meantime.  Image: Instagram/@kyliejenner

Kylie Jenner cleared up rumors circulating her reported breakup with Travis Scott, with whom she shares baby Stormi.

Jenner went solo to Justin Bieber and Hailey Baldwin’s wedding on Monday and the next day, TMZ reported that she and Scott were taking a break. The separation could be temporary and was decided on weeks ago, sources told TMZ.

The couple had been rumored to be dating since 2017. They welcomed their first child together in February 2018.

After reports of the breakup surfaced, the makeup mogul is said to have spent time on Tuesday night, Oct. 1, with friends including ex-boyfriend Tyga, reported E! News on Wednesday, Oct. 2. She and the rapper dated from 2014 to 2017.

This led to speculations that Jenner could be rekindling an old flame with Tyga, but the reality show star has shut down rumors on Twitter.

“The internet makes everything 100 times more dramatic than what it really is. There was no ‘2am date with Tyga.’ You see me drop two of my friends off at a studio that he happened to be at,” she said yesterday, Oct. 3.

As for Scott, she said, “Travis and i are on great terms and our main focus right now is Stormi. Our friendship and our daughter is priority (sic).” Despite the separation, Scott is still allowed to spend time with Stormi, an E! News source said.

Jenner and Scott’s differences in their priorities could have contributed to the need for time apart, sources told E! News. Jenner wants to marry and have a big family like her sisters and felt that he was not as “dedicated to the family” as she was.  Niña V. Guno /ra