Phillips leaps from comedies and creates a masterpiece in ‘Joker,’ draws brilliant performance by Phoenix 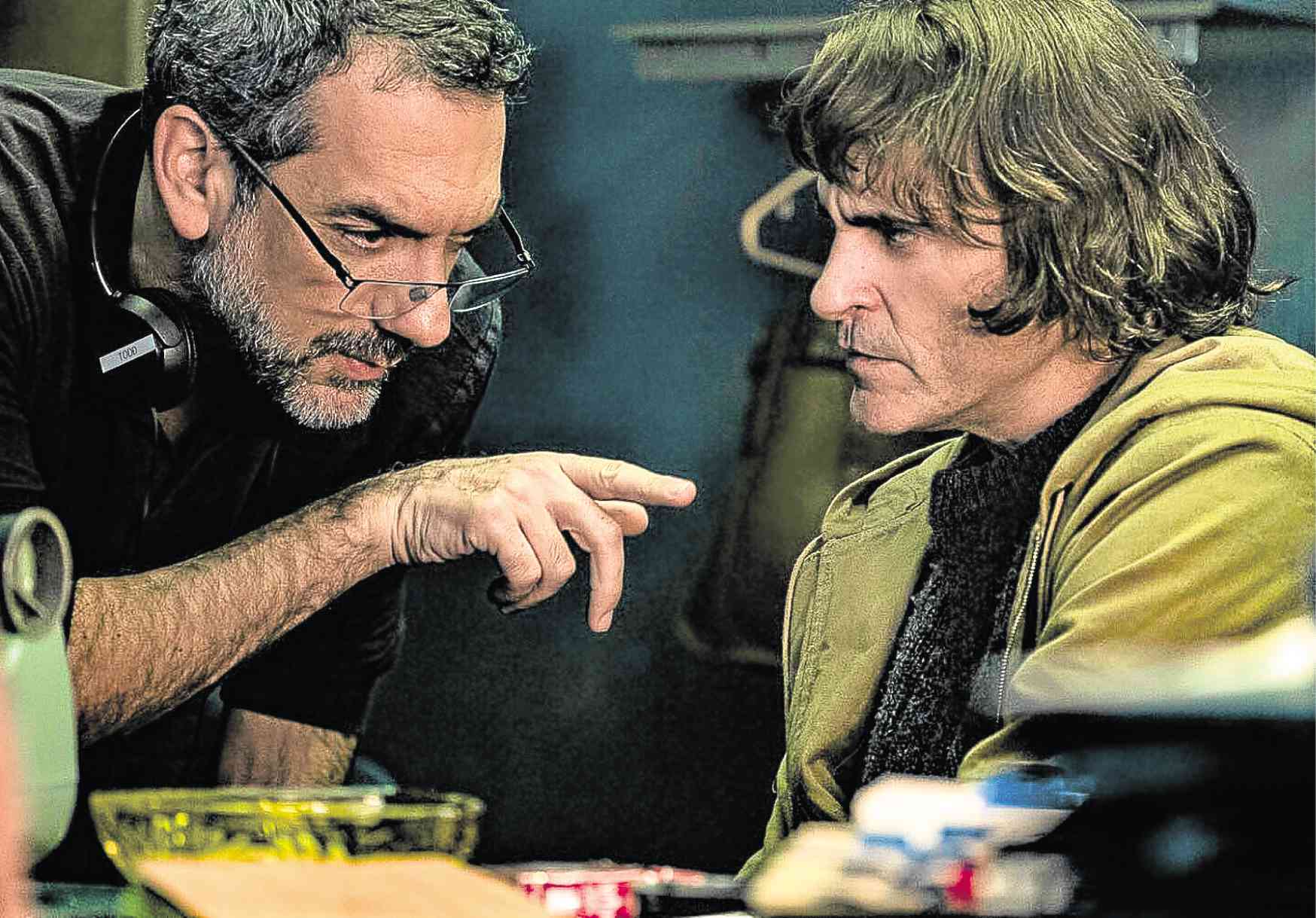 LOS ANGELES—Joaquin Phoenix’s towering achievement in “Joker” is as much a credit to the actor as it is to director Todd Phillips.

Working together for the first time, Joaquin and Todd have created a compelling, moody and definitive origin story for DC Comics’ increasingly unhinged villain.

Proving that you can’t pigeonhole an artist—as he himself likes to stress—the filmmaker behind “The Hangover” movies, “Road Trip” and “Old School” has fashioned a masterpiece, anchored by Joaquin’s terrific exposition of how a man evolved from Arthur Fleck to the Joker.

“Joker” is a big artistic leap for the director, who was born Todd Bunzi (Phillips is his mother’s maiden last name) in Brooklyn and began his film career making documentaries.

With his first feature “Road Trip” (starring Tom Green, whom he directed in Pepsi commercials), Todd made his mark in comedies, capped by the commercially successful “The Hangover” franchise.

His producing work includes “A Star Is Born,” the acclaimed directing debut of Bradley Cooper, who starred in “The Hangover” hit series.

The 48-year-old’s next directing gig is an untitled Hulk Hogan biopic, with Chris Hemsworth playing the wrestling legend. Todd once more pens the screenplay with his frequent collaborator, Scott Silver, with whom he wrote “Joker.”

Why did Joaquin initially have doubts playing the Joker? He had doubts because it’s a pretty intimidating role to take on. It’s been wonderfully done many times before. And he had doubts and fears because of the expectations that come with a movie that’s called “Joker.” But that’s what also energized him.

How did Joaquin lose all that weight? We said, “We can get you a nutritionist, a doctor and a da de da.” Joaquin’s like, “Uh, it’s not how I do it.  I’ll lose the weight.” He kept putting it off. He’s got to lose like 50 pounds. He ended up losing 52 pounds in three months.

The way he did it was not with a doctor or nutritionist, which he should have and which we had. He just ate an apple a day. Then, he started adding a little salad with no dressing in the middle of the day, but he basically just didn’t eat. 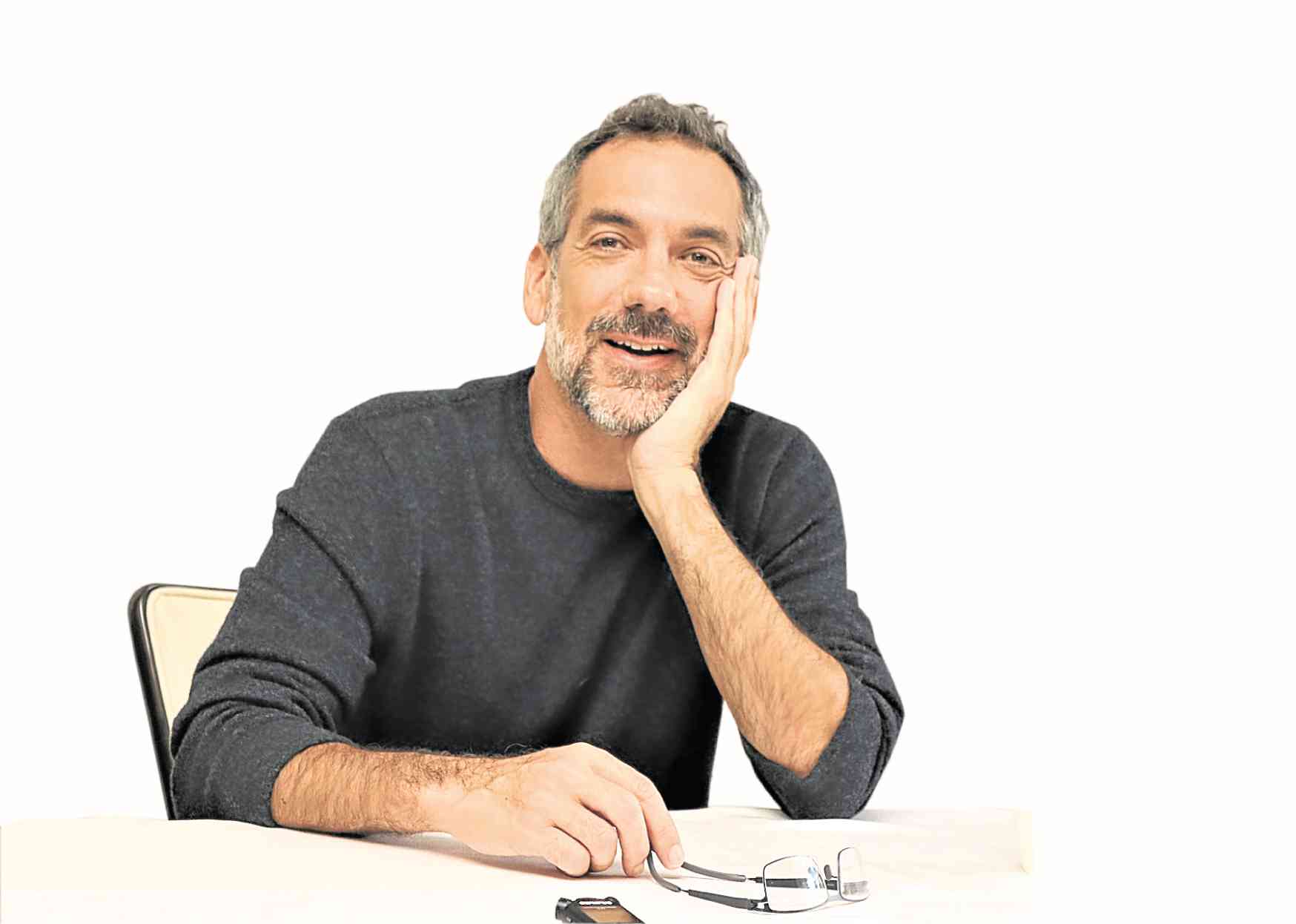 How did you and Joaquin decide on, and rehearse, his Joker laugh? We did it in his house a lot.  We tried on, so to speak, different laughs. It was something he was most fearful about with the movie because that’s a hard thing to do.

The laugh is based on a real condition called pseudobulbar affect.

Were you startled or surprised as Joaquin started transforming himself into the Joker? The thing about Joaquin and great actors in general, you write a script that you hope is a good launching off point and you decide you’re going to make the movie and be meticulous in making it.

But an actor like Joaquin just comes in and is so additive that it’s hard to quantify it in words what he actually does.

The best way to do it would be to read a page of the script, then watch the movie.

How much did the movie change from what you had in the script to the final film, thanks to Joaquin? I would say, maybe 25 percent.  But it’s probably a quarter of the film that was redefined by Joaquin and me during the making, but it’s some of the greatest stuff.

An example is the scene after the subway incident. He goes into the bathroom and does this dance.

It’s just like he made that dance up.  There was no choreographer.  But really, what that dance represents is like this Joker, this mask, fighting to get out of him. I thought it was just one of the best things.

Speaking of identity, you are known for other genres. How much of a creative reach was this film for you? To me, it wasn’t because no one pigeonholes himself, right?

I’ve never been a fan of pigeonholing and somebody telling me what my tastes are or what my career should look like.

Was there a creative muscle you used in directing “Joker” that you didn’t know you have? First of all, if you were to watch “The Hangover” trilogy…  you would realize that those movies are f**king dark. And that they have an element of chaos.

With Joaquin, weirdly it’s the same exact muscle.  I always say with comedy, it’s jazz, not math. It’s that approach to directing comedy that I did with this (“Joker”) and Joaquin  responded to that.  You can’t tell Joaquin, “Here’s my idea.”  What you do is you lead him into the set and you go, “What do you want to do? Like, let’s just f**king do some crazy things.”

You have been quoted as saying that this Joker will not meet Robert Pattinson’s Batman. But could things change? No, because Joaquin and I have certain control over it, too.

I would say no, but as far as doing another thing with Joaquin on this, again, I would say we envisioned this and talked a lot about this just being one movie.

You’re right—things change. I would do anything with Joaquin if he came to me and said, “We have to make a sequel.”

You based “Joker” on  ‘70s movies. In those days, filmmakers have the freedom of expressing themselves without fearing the response of society. But now, society has become so critical and everybody has a voice on social media. The one thing I’ve said in the past is the movie was  hard to get made at Warner Brothers and DC. But ultimately, they did make it.

When they finally said, OK, yes, go, they  didn’t put any rules on us, even with the violence. It’s weird because when I watch and think about the movie, it’s not that violent.

It’s one of the reasons why I think the movie is effective. It is because we’ve been sitting through 10 to 15 years of comic book movies with “fun violence,” which doesn’t make real sense to me.