Joaquin Phoenix talks about making ‘Joker,’ where he gives a terrific performance 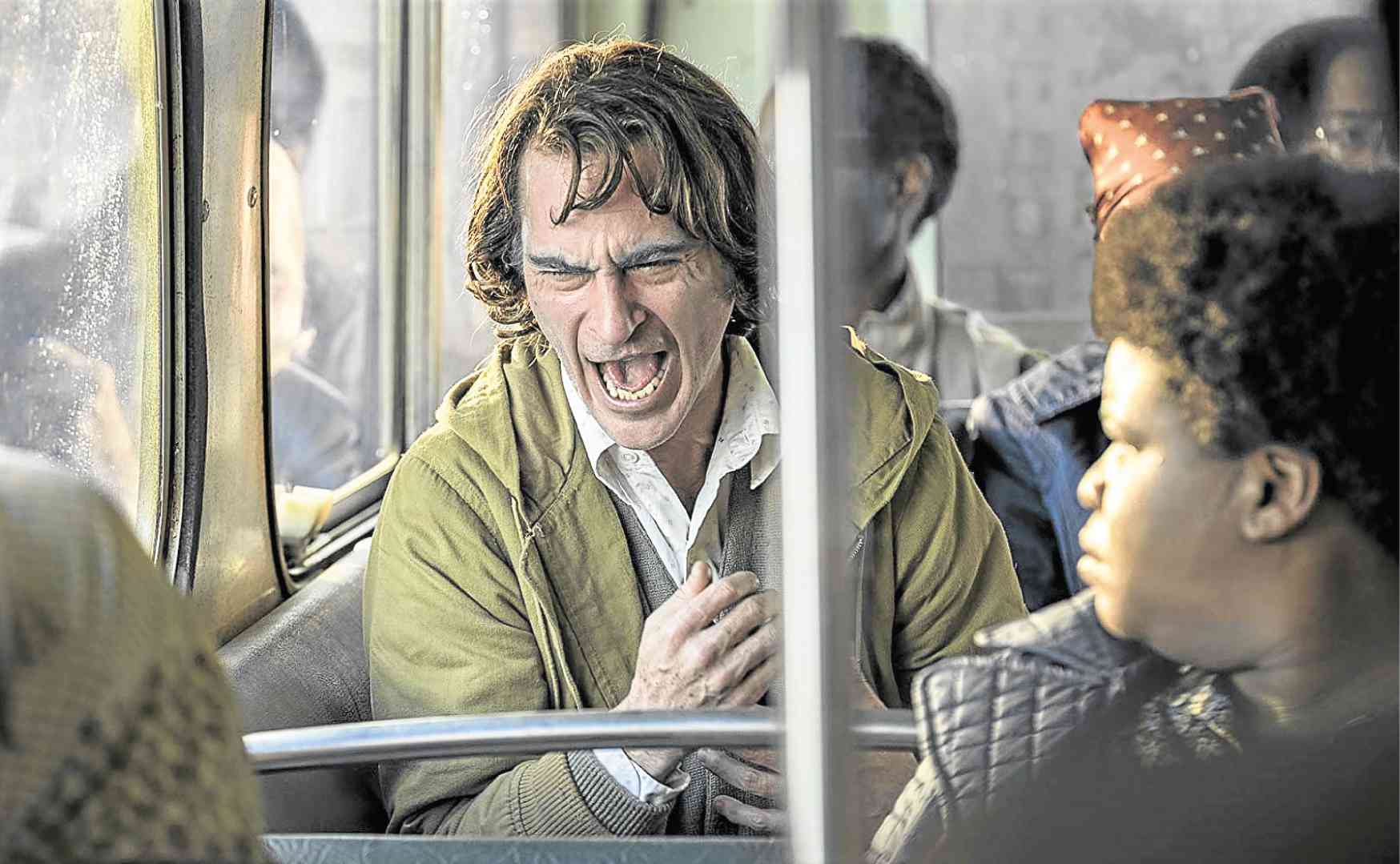 Phoenix delivers towering achievement as an actor in latest film.

LOS ANGELES—Words to describe Joaquin Phoenix’s towering achievement as an actor in “Joker” are superfluous. He is terrific, astonishing, just plain brilliant in how Joker came to be.

Amid Joaquin’s genius of a performance, it is easy to overlook director Todd Phillips’ involving, unforgettable origin story for the Joker, which he cowrote with Scott Silver.

The year is 1981 and the screenplay chronicles the life of Arthur Fleck, a standup comedian flop who transforms into the Joker. Robert De Niro, Zazie Beetz and Frances Conroy provide solid support.

Joaquin, usually reticent in interviews, was engaging. When he smiled or laughed, those dark eyes—his best features, which serve him well as an actor—light up.

How did you prepare to get in character to play Joker? Did you start with the laughter? Yeah, I started with the laughter. It was the very first thing that Todd brought to me in our first meeting, before I even read the script. He showed me videos of these people in these uncontrollable laughing fits. That certainly was the starting point.

I can’t remember exactly, but I started diving in four months before we started shooting. And that obviously has a profound effect on you.

How about the dancing? It’s integral to your Joker. I didn’t think about the dance and those movements until I got to New York, two months in advance. I started to work with the choreographer and watched videos. What is interesting and fun about making characters is you don’t know what part of them is going to affect another part.

And your tremendous weight loss for the role? The weight loss was a part of some of the fluidity that my character experienced in the movement, because literally you are lighter, and your body moves differently. When my weight got down to what my target was, I just moved differently. There’s something empowering and strengthening about losing that weight, because you take control over your body, impulses.

There’s also something weakening and detrimental about it physically—in my legs, you lose muscle mass, and you become susceptible to injuries in a different way. Those are things you start reacting to. My favorite is to have something tangible, an experience that I can have that affects that character. Part of it has to be experiential. But at least four months in advance of shooting, I started the process (or preparing). 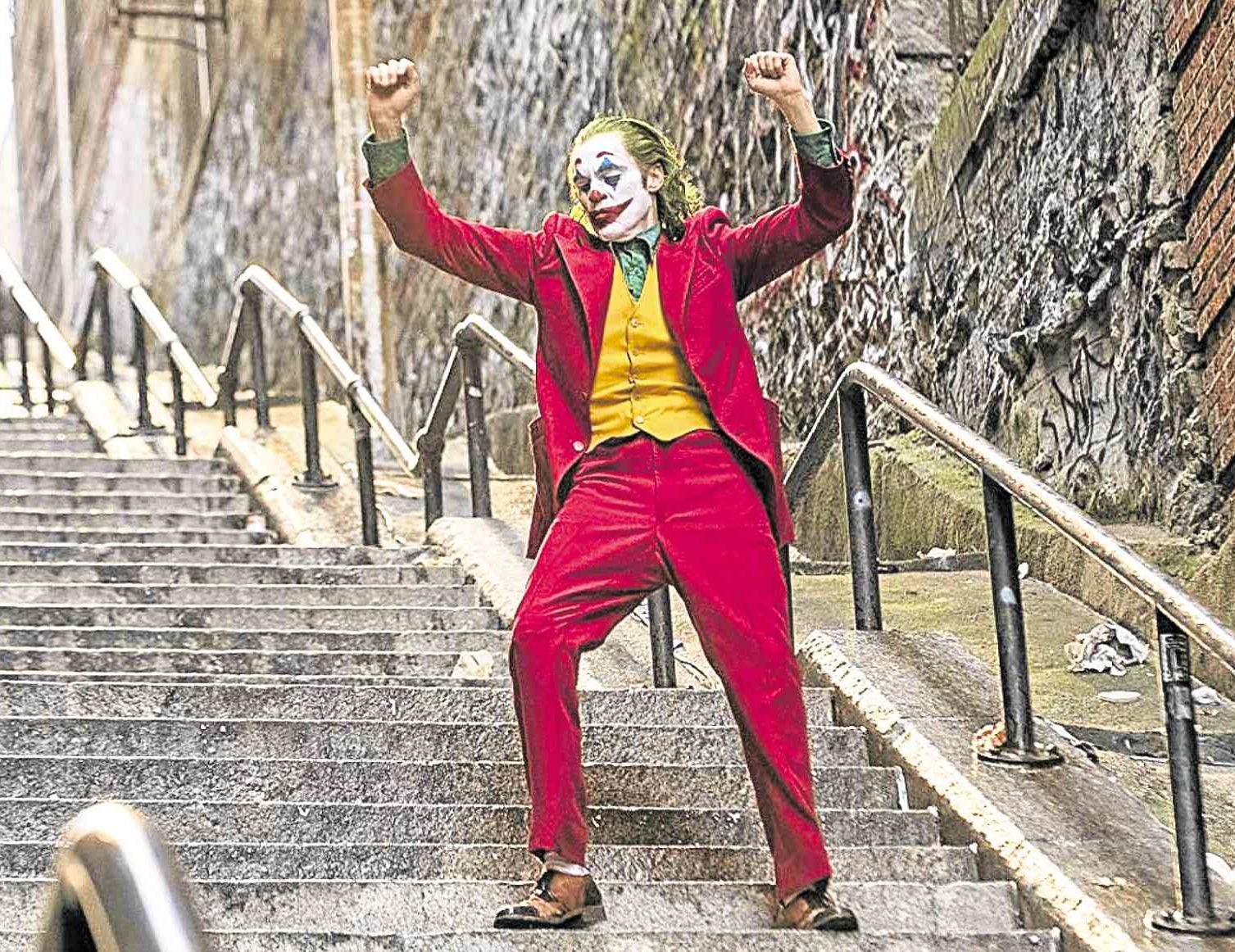 Phoenix as The Joker

Did you go back and watch Heath Ledger’s Joker in “The Dark Knight”? No. I hadn’t seen it since it came out. We didn’t want to feel that we were connected to any other interpretation of the character, the film or the comic.  And so no, I absolutely didn’t watch it again. I tried to base the character in reality as much as possible, and not on another film.

One of the most memorable scenes is when you danced in the bathroom after a crucial incident. What are the scenes that you relished doing? I have a lot of favorites. It’s interesting that you bring up that scene in the bathroom because that was transformative in so many ways. It was literally about the transformation of the character. It was the third week of shooting when we shot that scene.

That’s when Todd and I really clicked in a way that I love working with a director, when it becomes symbiotic. You almost start to understand each other without speaking. That scene was originally designed as something quite different, quite expositional.

Even throughout the rehearsal process, I always really struggled with that scene. I couldn’t really pinpoint what it was that troubled me about it. Then that morning, Todd and I went to the set alone. We talked again—could it be the laughter, and that felt too maniacal.

I realized we needed something that was nonverbal that could illustrate the transformation, the emergence, this other side of Arthur, which was Joker, after this moment in his life where everything changes. What could best illustrate that? I started talking about movement and dance. I said, “It’s not happy, it’s not joyful, right? We don’t want something maniacal. What is it?”

Todd had just received a piece of the score. He started playing it for me, and I was just deeply affected by it. I said, “Oh yeah, maybe there’s something in this.” He said, “Let’s start the camera on your foot.” And that’s all that we said. Then we went, got ready and they lit. We started shooting.

So, for me, that moment is important because it really, in an interesting way, shows you the emergence of Joker. But it also helped define a working relationship and process that Todd and I had that carried through the rest of the film.

We were both nervous, and we found it unsettling at times. We learned to be comfortable in that feeling, to not have to know what the outcome was going to be at any given moment and to express itself in the way that it wanted to.

So that pivotal bathroom scene was an improvisation. Yes, we certainly didn’t choreograph that.

This is a dark movie. How would you describe your own darkness? Probably the same as yours (laughs). I mean, I don’t know. 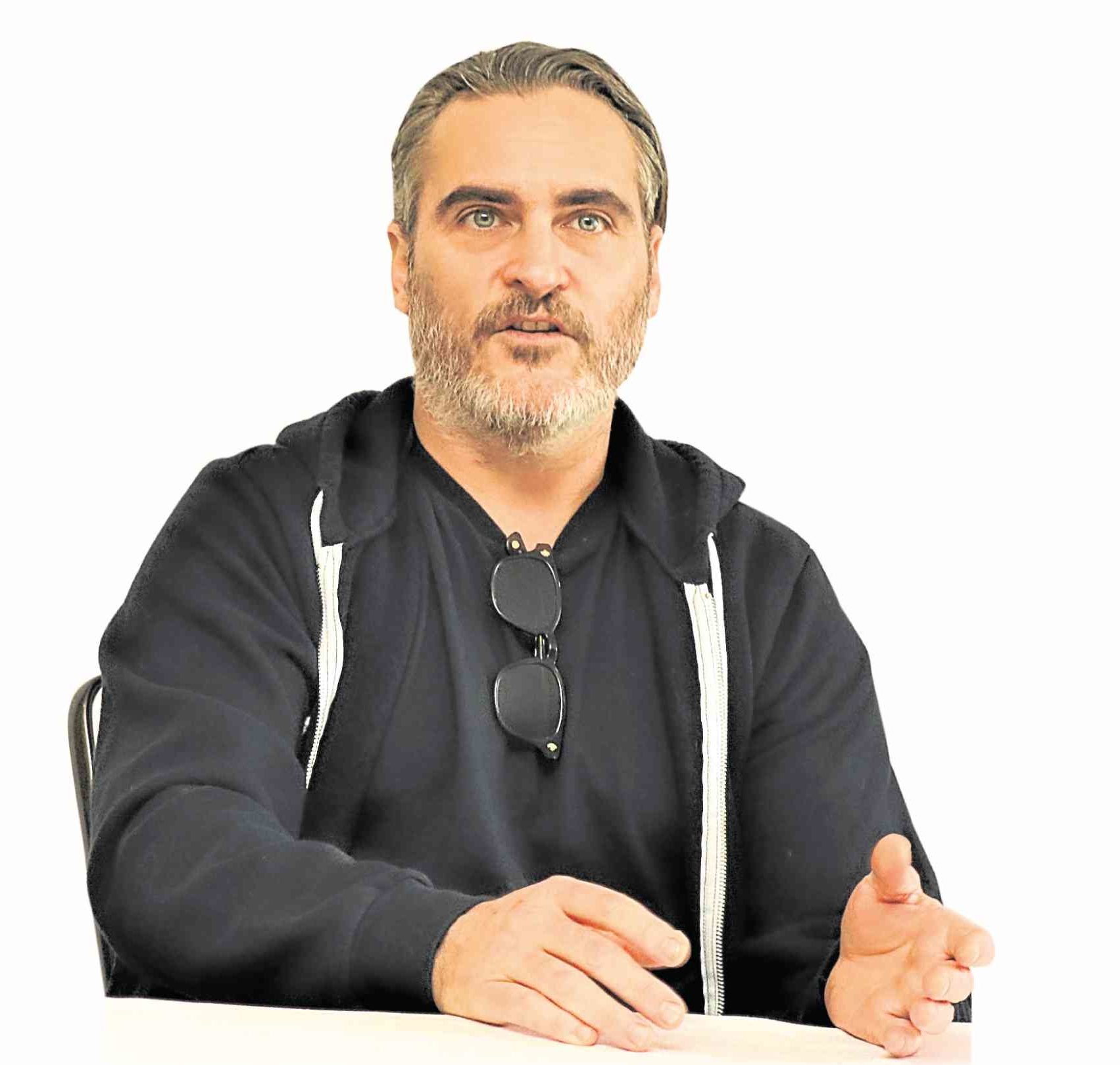 Arthur Fleck has a very close relationship with his mother. How did your own mother impact your growing up years? My mom (Arlyn) affected me or inspired me the most. She’s an incredible woman. While I was in Toronto (for the film festival), she was in Eastern Europe with her nonprofit organization named after my brother, called the River Phoenix Center for Peacebuilding. They teach nonviolent communication and restorative justice practices, to name a few.

So, while she was there doing that, I was in Toronto actually changing the world (laughs). She’s a constant source of inspiration to me. She is 75 years old, and she has dedicated her life to this organization as a volunteer. She has been a profound influence on me, as well as my sisters.

What was your mood like while shooting the movie? Did you feel like hanging out with friends? It’s funny. You don’t realize how much food or drink is part of our social interaction. And because I couldn’t participate in that at all, I didn’t hang out with anybody. I didn’t really socialize. Honestly, I rarely do. The film set and the people I am working with become my social circle.

When you are working, it becomes your life. It becomes everything that you think about constantly. Even when you don’t think you are actively working on a scene, you are.

I have friends who are actors. When they’re working, it’s very hard to talk about anything but the work. It’s all-consuming.

Can you talk about that time when you didn’t think that acting would be your future? It was a time when I kind of abandoned acting. I didn’t think it was for me. I had certainly put acting on hold because I felt like the parts that I was looking for weren’t inspiring.

But when you were in that age group, it was certainly rare to find something that feels like it’s of substance. I didn’t want to make kids’ movies.  So I just stopped.

Can you also elaborate on the speech you gave in the Toronto Film Festival, where you said your brother (River) was instrumental in your acting career? Yeah, for whatever f**king reason (laughs), he thought that I was going to be an actor, and he told me. I don’t know why, but I remember at one point, my mom and I were looking at each other going, “What is he talking about?” But he certainly gave me the confidence to continue on. He was quite insistent. That’s what I remember.