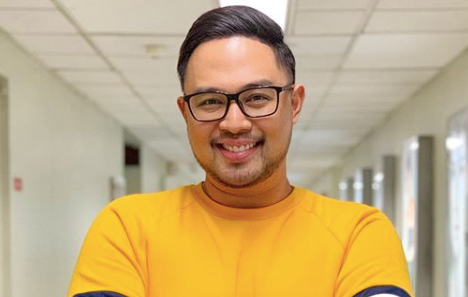 Singer Jed Madela was touched by Vivoree Esclito, who went out of her way to greet him while they were both waiting outside the Shangri-la hotel at the Fort the day after the ABS-CBN Ball.

“I really appreciate young artists who show respect to their seniors,” Madela said of their interaction via his Facebook on Sept. 15. “Today, I was waiting for my ride outside the hotel and from afar, I saw a new artist waiting as well. She braved the pool of fans and made an effort to walk to me and greet me and asked if I enjoyed the ball last night.”

I really appreciate young artists who show respect to their seniors. Today, I was waiting for my ride outside the hotel…

Madela added Esclito’s gesture may have been small, but it said a lot about her as a person. “Thank you, Vivoree. I really appreciate it,” he added.

Madela’s original post included his experience at the ball when he was on the dance floor beside a group of young artists. He said three of the four young artists came up to him and greeted him, but one just stared at him with her RBF, or Resting B*tch Face. Madela did not mention the names of the young artists he was referring to in his post.

Madela has since removed that last part from his post, although the original version has been shared by Fashion Pulis on Sept. 16.

“Just had to point it out coz last night we were on the dance floor and there was this group of young artists beside us,” Madela said in his original post. “They were four popular young ones. The three came up to me and said hi. One just stared with her RBF and continued dancing. Tsk. Tsk. Tsk. (And no… I won’t say who it is… unless super close tayo. Hahahaha). Again, little gestures like this says a lot.”

Madela, however, explained that he edited the last part of his post because he did not know it would spark so much curiosity.

“Names are being thrown in and so far, no one got it right. Unfair naman,” said Madela. “Let’s drop it. Peace everyone!” JB