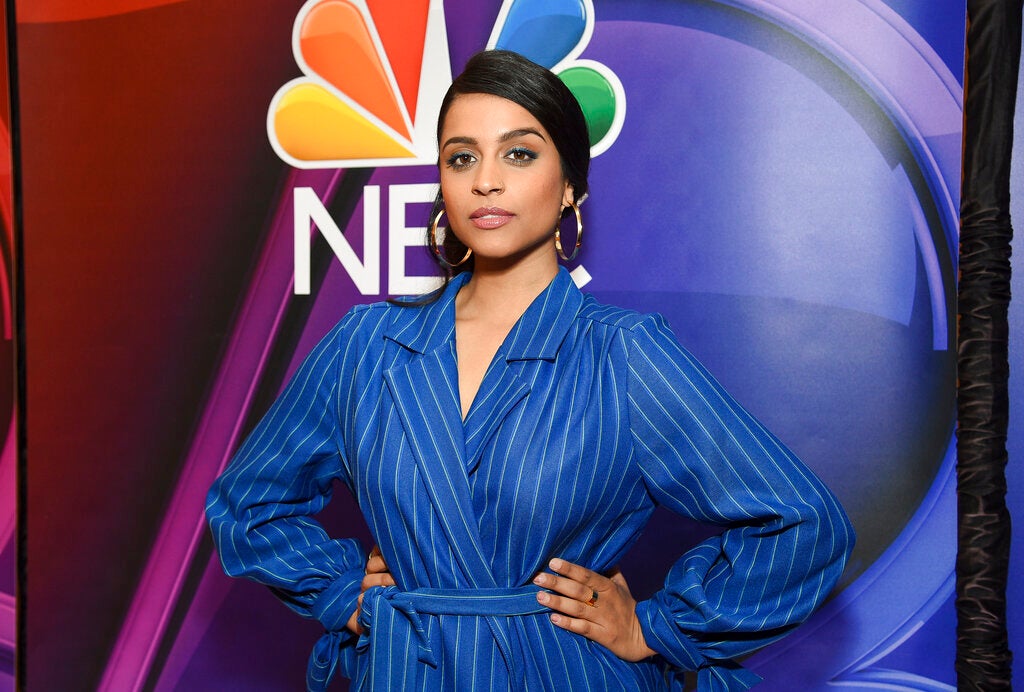 Singh is attempting the leap from YouTube sensation to broadcast headliner in a single bound, doesn’t plan to dwell on the late-night staple of politics and is only the second woman of color to host a nightly show on a major network since former VH1 VJ Cynthia Garrett was in charge of NBC’s “Later” for a year — two decades ago.

It’s been more than three decades since Joan Rivers’ equally brief tenure as the first woman to host a daily late-night show, on Fox.

Is Singh ready to face the weight of expectations? Yes, says the Canadian-born daughter of Indian immigrants, who established herself online with “Superwoman” as her nickname and was the only woman on Forbes’ 2017 list of highest-paid YouTube stars with estimated earnings of $10 million.

“Inevitably, it’s a lot of pressure. It’s also a huge honor, and I’m focusing on the latter part,” said Singh, who will be 31 on Sept. 26. “I’m focusing on how exciting this business is and how much it could mean, rather than focusing on, ‘Oh my God. What will people think, and what if this messes up?’ So I’m just having fun while I do it and I think that’s going to get the best result, ultimately.”

She is a “flat-out star” and NBC has full confidence in her, said network executive George Cheeks, who shares the title of NBC Entertainment co-chairman with Paul Telegdy.

“Lilly is bold, inherently positive and hilarious,” Cheeks said. “She has such a different perspective than anyone else on television right now, and she embraces her whole self authentically and without apology. Paul and I have often said that if she had never been on YouTube and came in to audition with zero social media presence, we would have given her this show. Her talent transcends platforms and she has this undeniable charisma that immediately pulls you into her orbit.”

“A Little Late,” taking over at 1:30 a.m. EDT for “Last Call With Carson Daly” after its 17-year run, will have the familiar talk-show elements of a monologue, guests — Beyoncé, she wants you — and comedy bits, Singh said. Less familiar is the approach Singh describes, one that echoes the blend of pointed humor and personal candor that earned her 14 million-plus YouTube followers and contrasts with other (male) hosts. In a recent tweet, she casually noted she’s bisexual.

TV won’t change what she does, Singh said, citing the show’s opener as an example.

“My monologue is quite personal to me. It’s not just a script anyone can read,” Singh said. “It’s definitely my perspective, my experience. … you’re getting to know Lilly: what Lilly believes, what Lilly’s been through, what Lilly’s good at. You really will get to know me, just like my YouTube audience has gotten the chance to do.”

She also promises as much sketch comedy as she can fit in, conversations with her audience as well as guests, and musical performances that she envisions as “more stripped down and intimate.” Singh readily acknowledges that the restrictions of federally regulated broadcast TV — certain pesky expletives, for starters — make it far different from the online realm.

“I think it’s about picking my battles, to be honest,” Singh said during a recent production lunch break. “We’re still early in the process, but there’s been some things where I understand why I wouldn’t be able to say it. But if I feel like a statement or a sentence really is representative of my experience, I will fight for it. I can say that everything I’ve been very passionate about has been cleared.”

She said she isn’t inclined to make “super controversial” statements, but readily offer an example of where she would hold the line against network edits.

“If I’m ever told that something about me being a woman of color, my experience, is not relatable or it’s not going to be accepted, I’ll fight for that. Anything that brings my perspective is definitely what I’m going to fight for,” Singh said.

The show’s compressed production schedule calls for taping two episodes a day for three months and then taking a break, freeing Singh up for YouTube and other projects. She’s unafraid of putting in the hard work that a successful show demands — a work ethic she attributes to her parents — and is adamant that she and others who may follow her should be allowed to stand, or fall, on their own.

“When you’re a minority, whether it’s a woman or a person of color, it’s like, ‘This is your shot, and if you mess it up and you’re cut, you’ve ruined it for everybody.’ We need to change that mentality because there are many things on TV from majority groups that are not great,” she said. “This is not the shot on behalf of all women of color. No, this is me chipping away a path, and we need to get to a place where (my performance) is not tied to another woman of color. We’re all individuals at the end of the day.”