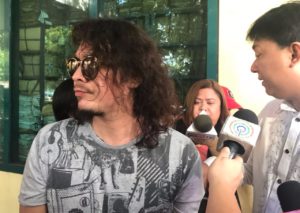 MANILA, Philippines — The Royal Sultanate of Sulu and North Borneo has denied issuing the title of peace and prosperity ambassador to actor Baron Geisler.

In a statement Wednesday, The Royal House of Sulu’s Chancellery said the “recent issuance of a fake royal title to Philippine actor, Mr. Baron Geisler, is not from the legitimate Sultan of Sulu & North Borneo.”

Please be informed that the recent issuance of a title to Philippine actor, Mr. Baron Geisler, was done by false…

Those who conferred the title to Geisler, Mohammadmamay Hasan Abdurajak and Maria Makiling Helen Fatima Nasaria Panolino Abdurajak are “commoners with no royal blood” and are “not even recognized by the Philippine government as one of the claimants to the Sultanate of Sulu,” the statement stressed.

Geisler earlier announced being “chosen” as the as an ambassador of peace and prosperity by the sultanate of Sulu and North Borneo.

The sultanate’s statement further pointed out that the 35th Sultan of Sulu and North Borneo’s coronation was recognized by the Philippine government under Memorandum Order No. 427 issued on May 10, 1974.

Bangsamoro Transition Authority member Amir Mawallil explained in a text message to INQUIRER.net what it would take to given the title datu: “For an individual to be called a datu or given any royal title, one must have the bloodlines and lineage that uphold that title. Believe me, the tarsila doesnt lie. We preserve our genealogies for this sole purpose.”

According to Mawallil, those who conferred Geisler the title do not represent the Sultanate and that the Tausug does not give titles to anyone.

“The Tausug don’t casually give titles to anyone, for any reason, even if those people ‘inspire’ others. Especially not if they are outsiders to our community and don’t understand our lived experience or know the depth of our history and our struggles,” he added.