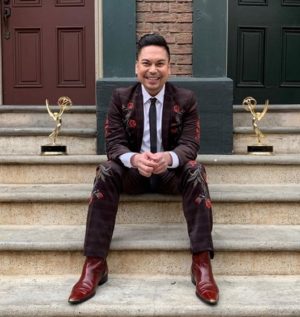 Its roster of five smart women may evolve, but “The Talk” continues to inspire its Fil-Am senior producer, Marc Anthony Nicolas, who has been devoting his talents to the diverse and sometimes-controversial CBS talk show since its first season.

“I love working with these five women because they inspire me to be better,” the West Hollywood-based Marc tells the Inquirer in an e-mail interview.

Gilbert is leaving soon, and will be replaced by Marie Osmond in the 10th season, debuting Sept. 9 in the Unites States. The weekday talk show previously aired on Solar News and Lifestyle channels in the Philippines.

Marc was an Olive Garden waiter before getting hired by MTV as a casting assistant years ago. He is now a two-time Emmy winner for “The Talk,” which was awarded outstanding entertainment talk show in 2016 and 2018.

The television producer, who also hosts “Manila Up TV,” was inducted into the Asian Hall of Fame last May, during the celebration of Asian Pacific Heritage Month.

“Being inducted into the Asian Hall of Fame is amazing,” he says. “I knew I would leave a legacy in this world, but never did I imagine [this] kind of platform.”

Excerpts from our Q&A:

What’s the most important thing that you learned in casting, and how useful did it become for “The Tyra Banks Show” and “The Talk”? Before “The Tyra Banks Show,” I was casting reality shows and dating shows at MTV. I learned how to “brief” people before they go in front of the camera.

Basically, I’d give them suggestions on how to act, advice on what to say on TV, and overall make them feel amazing before the taping.

How do your awards continue to impact your life and career? Winning two Emmys has kept me motivated because it is a reminder that anything can happen as long as you work hard. Actions create opportunities.

Where in California did you grow up, and how much of Filipino culture are you still familiar with? My parents migrated from the Philippines with me when I was 4 years old, and we lived in Bellflower, California. I love Filipino culture and our warm hospitality. We have a strong sense of family and we love being around each other. We don’t need an occasion to get together. 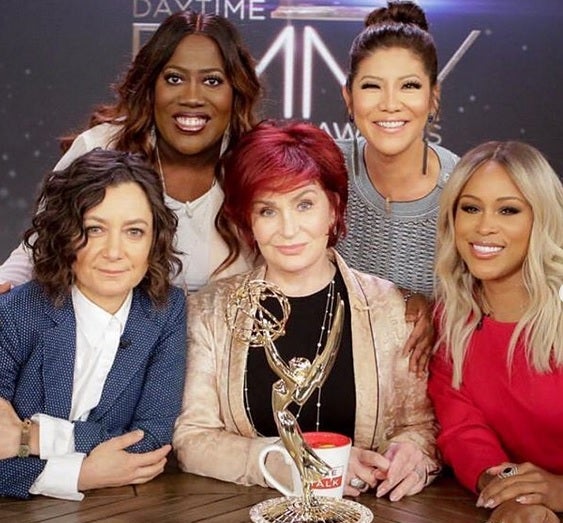 How does “The Talk” come up with the topics of the day? We have a group of amazing producers called the “news team.” They find the most relevant and exciting topics, do extensive research and make sure that the topics come from reliable sources.

What’s the best thing about working with various hosts? “The Talk” hosts are genuine and caring! They’re passionate about their jobs and lives.

How much of other “rival” talk shows do you watch? It’s important for me to watch other talk shows like “The View” and “Ellen.” I want to know what they are doing, and what we can do in “The Talk” [to] set us apart from other talk shows.

As a Filipino in your producing team, how differently do you approach things? And how do you feel it contributed to your inclusion in the Asian Hall of Fame? Filipinos are hardworking and determined. My parents taught me to do my best in everything I do. I maintain a positive attitude and always find the silver lining in every situation. I give 100-percent effort in every project that I work on.

I was inducted into the Asian Hall of Fame, which honors Asian achievements in the industry and inspires every generation to live their best life.