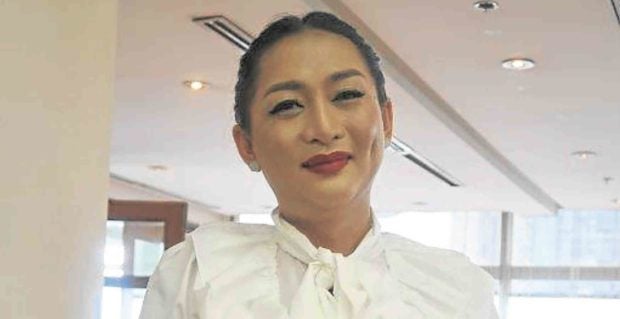 “Maybe I’ll just wear diapers… or bring my own arinola!”

That was Iyah Mina—the first transgender woman to win a best actress award in local biz—retorting in jest, when asked about her thoughts on the recent outcries and debates over the discrimination transgender people deal with when using public restrooms.

But kidding aside, she underscored the importance of educating people about what being a transgender or part of the LGBTQ+ community means, so that they could better empathize with them and understand their plight.

“I was in Leyte a few days ago and there was this guy who thought of me as bakla. He was like, ‘Bakla ka lang.’ I asked him what his understanding was of being a transgender. And he said they’re those who have already undergone [sex reassignment] surgery,’” she told the Inquirer at a press conference for the GMA 7 daytime drama anthology, “Wagas.”

“I explained that it’s not all about what’s between your legs, but your mind-set and what you identify as,” said Iyah, who won best actress for her performance in the film “Mamu: And a Mother, Too”—an entry in the 2018 Cinema One Originals film festival.

Personally, Iyah has never felt discriminated against when using ladies’ rooms. But she acknowledged that not everyone’s experiences—and the kind of people they encounter—are the same.

“Ang hirap lumugar … It boils down to respect and acceptance,” said Iyah, who lamented the fact that the Philippines is lagging behind other countries when it comes to laws protecting members of the LGBTQ+.

“In Japan, for instance, I decided to use the men’s room. But then, an elderly Japanese woman pulled me toward the ladies’ room,” she recalled.

She likewise expressed support for the Sogie (sexual orientation and gender identity and expression) bill—which seeks to “prohibit and penalize” discrimination “on the basis of sexual orientation and gender identity—despite the many roadblocks it’s facing.
“I’m sad because it has yet to be passed … I hope it doesn’t get politicized, though,” she said.

Aside from her Cinema One triumph, she also received best actress nominations from the Urian and Famas.

“I’m happy that a transwoman like me was recognized … It opened a lot of doors,” said Iyah, who was cast for an upcoming film and a digital feature.

“Now, if I have projects, I do tapings during the day, then do shows as a standup comedian at night,” related Iyah, who had worked with the likes of Vice Ganda, Super Tekla and Donita Nose at various comedy bars. “It’s my bread and butter, and I don’t plan to leave it.”

“I was a big fan of the fantasy series ‘Encantadia,’ so I was excited when I found out that I was working with Sunshine. She’s a great actress, a professional—I want to be like her,” said Iyah, who dreams of having a “tarayan” scene with Cherie Gil.