Derrick on his theater experience: I don’t get late anymore 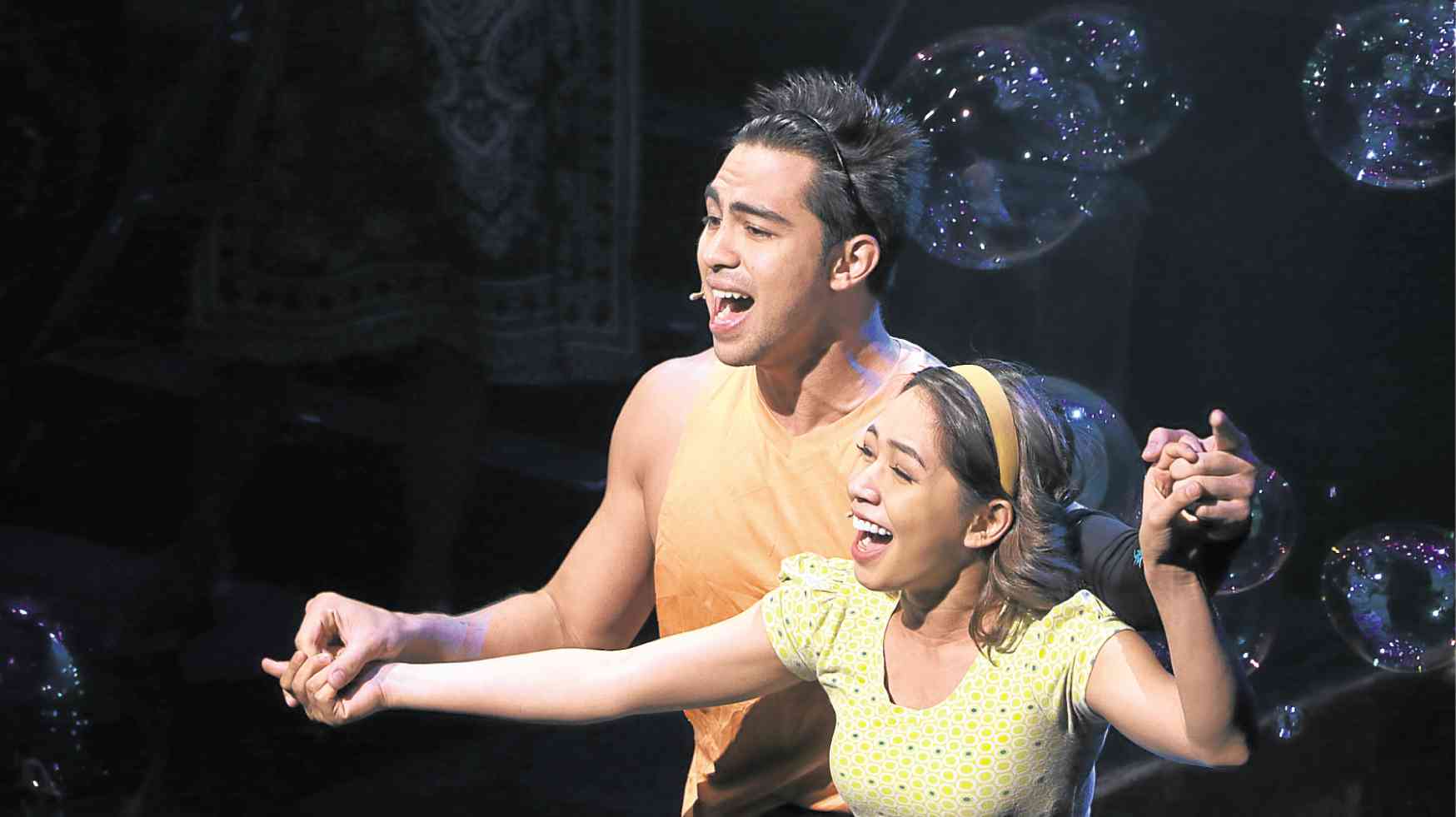 Derrick Monasterio has, by his own admission, arrived late to tapings on a number of occasions in the past.

But being cast in the seventh season of the musical “Rak of Aegis” changed all that. The actor knew that being lax has no place in the world of theater, where discipline is of utmost importance.

“I don’t get late anymore,” he told the Inquirer at a press conference for the coming GMA 7 action series “Beautiful Justice.” “Theater really teaches you discipline. I’m a newbie, but it didn’t take long for me to realize that all my costars are perfectionists.”

“Even if it’s already past our rehearsal time, they are always willing to stay if they feel there’s something that still needs polishing. Back then, I would usually read only my part of the script when I’m working on a show. But now, I read the entire thing. I also make it a point to vocalize more regularly,” he related.

“You can’t really make mistakes onstage unlike on television,” pointed out the 24-year-old actor, who plays the cheeky boatman, Tolits, the persistent suitor of the main protagonist, Aileen (Aicelle Santos).

Mounted by the Philippine Educational Theater Association (Peta), “Rak” is Derrick’s first theater outing. Though he feels like he has a lot of catching up to do with his more experienced colleagues, he said he’s thankful to have people like Aicelle, Renz Verano and Kim Molina, whom he considers as mentors.

“I look up to them because they’re so talented. They guide me and take care of me,” he related. “They also give me valuable advice. When I feel like I’m losing my voice, they would tell me to just open my mouth, give it my all, and let the adrenaline do its job…” 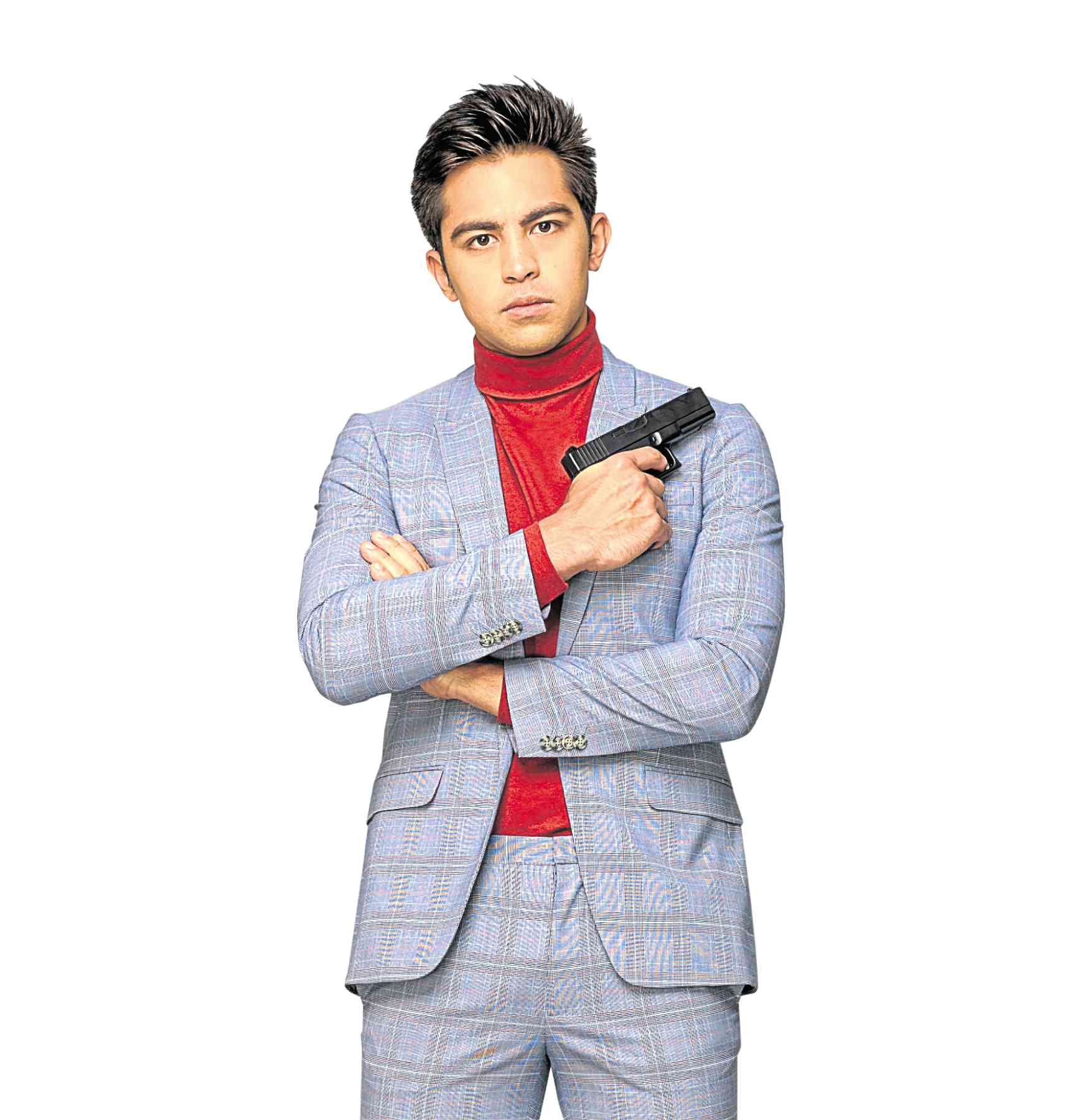 “When it comes to acting, on the other hand, they remind me to always be truthful,” Derrick added. “I also get lots of inspiration on how to attack my role from Pepe Herrera, who has been playing Tolits for quite some time now.”

Derrick has done about 10 shows so far. And the more he does it, the more at home he feels onstage. He has noticed marked improvement in his singing, too.

“I surprise myself sometimes. I get giddy when I find myself pulling off something I have never done before. I’m like, ‘Oh, I didn’t know I could hit that high note!’ or ‘Wow, I sang that phrase smoother than usual,’” related Derrick, who’s set to do another show on Sept. 1 at the Peta Theater (call 0915 7658054).

Some people feel that Derrick is miscast as Tolits, who’s traditionally portrayed by moreno actors like Pepe, Jerald Napoles and Joshua Bulot. But Derrick is determined to prove that he can do the role justice.

“Some say that I look too amboy for the role. But I’m naturally makulit, and I think I can make people laugh. And I love doing the role because I can play with it,” said the actor-singer, who used to be part of the Kilyawan Boys Choir when he was young.

“I’m not that affected because the positive feedback far outweighs the negative ones,” he pointed out. “And besides, there’s my mother (former actress Tina Monasterio), who’s also my biggest critic. She texts me when she thinks I sounded bad in a song number or if my acting is off. She tells it like it is.”

Derrick is enjoying his theater experience, so much so that he’s already thinking of auditioning for international musicals.

“I would love to do ‘The Phantom of the Opera,’ which I have seen so many times. I will try out if they hold auditions here,” he said. “Going international—that’s the dream,” he said.