Working for warring networks an advantage, not an obstacle, to Khalil-Gabbi relationship | Inquirer Entertainment

Working for warring networks an advantage, not an obstacle, to Khalil-Gabbi relationship 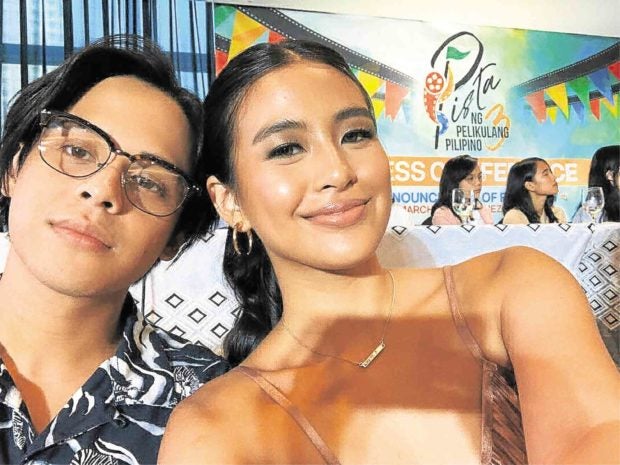 When their schedules get incredibly hectic, Khalil Ramos and Gabbi Garcia don’t get to spend time together as often as they would like. One time, the couple got so caught up in work that they didn’t see each other for two weeks.

Such is the nature of the industry—“demanding.” But the actor has always felt secure about their relationship, he said, because it’s built on something solid.

“Show biz can be demanding when it comes to time. And our foundation is strong because we both understand that fact. This is how things work and we can’t really control it. So, we have to adapt,” he told the Inquirer at a press conference for “The Ghosting,” his horror movie that opens in cinemas on Wednesday.

Communication is also important. “Of course, there are small misunderstandings… But things are going well. We’re happy. And our respective families approve of our relationship,” said Khalil, who sees Gabbi as a potential longtime partner.

“But we’re not yet at that point,” quickly added the 23-year-old actor, who has been dating Gabbi for two years now.

Khalil is an ABS-CBN talent; Gabbi is with GMA 7. While some might think working for competing networks is an obstacle when it comes to maintaining a relationship—Khalil thinks otherwise.

“For me it’s an advantage, actually, because there’s no pressure. And work doesn’t always bleed into our personal lives,” he pointed out. “And besides, our relationship had nothing to do with work—it grew from a real, organic friendship.”

The two young actors aren’t big on public displays of affection. And it’s tricky Khalil said, now that they have a movie to promote—“LSS,” an entry in the upcoming Pista ng Pelikulang Pilipino.

“Some were concerned that we don’t have enough chemistry onstage. And it’s hard because we’re not very showy. Marketing ourselves as a love team is awkward. So one time, during a show, Gabbi and I really tried hamming it up,” he said, laughing.

“We didn’t expect we would end up working together in a film,” added Khalil, who’s thankful for his girlfriend’s constant support for whatever it is he’s pursuing in his career.

“That’s another thing I love about the relationship. She’s supportive in what I do. We both want to explore more when it comes to acting or music,” he said. “We inspire and push each other forward.”