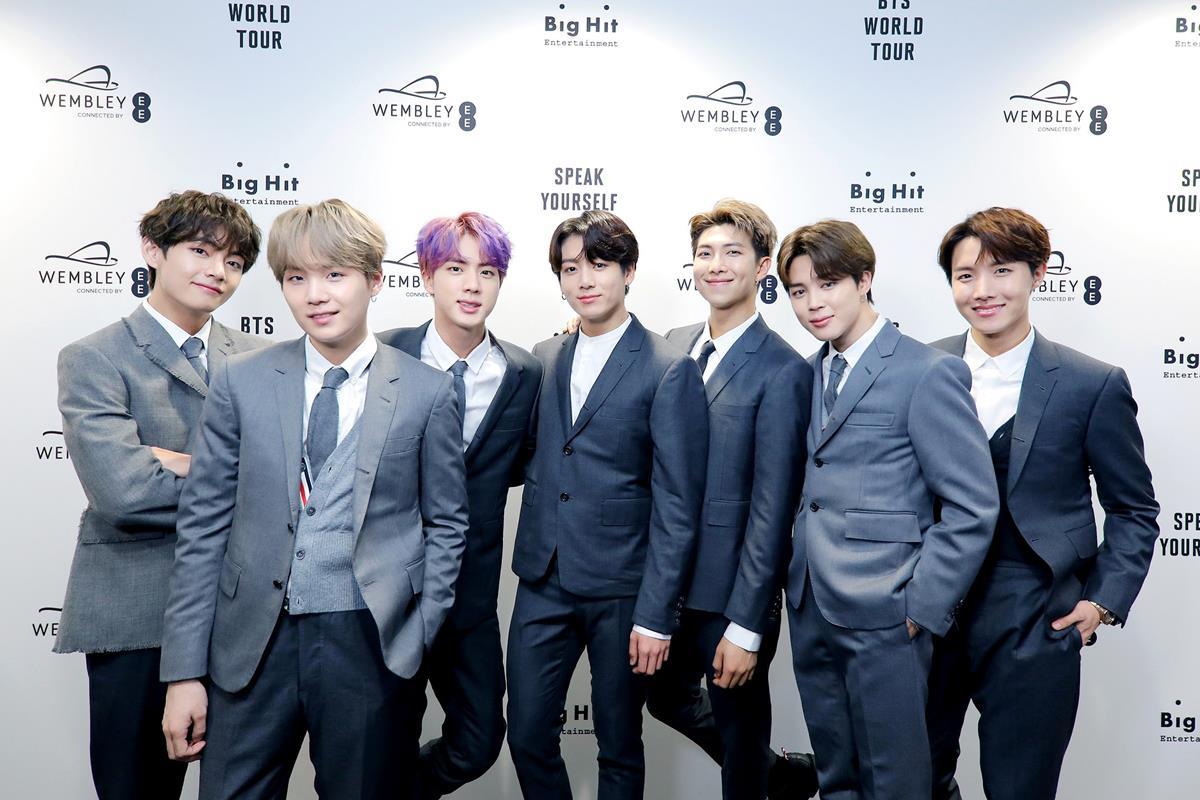 SEOUL — Having enthralled some 210,000 fans with the Japanese edition in July of its “Love Yourself: Speak Yourself” world tour, K-pop super band BTS returned home to a hero’s welcome for its feat of bringing the peoples of South Korea and Japan together despite the countries’ deteriorating diplomatic ties.

When the septet announced last week plans for another set of fan meetings in Japan, however, the response among their Korean fans were sharply divided, with many angry fans demanding Big Hit Entertainment, the management agency of BTS, cancel the trip to Japan.

On Friday, Big Hit unveiled on the website of the BTS Japan Official Fanclub that the band will host its fifth official Japanese fan meeting, “Magic Shop,” in Chiba and Osaka in November and December, respectively.

BTS plans to perform and meet and greet Japanese fans at Zozo Marine Stadium in Chiba City on Nov. 22-23 and in Osaka’s Kyocera Dome on Dec. 14-15.

The announcement came at the height of South Korea-Japan diplomatic rows, triggered by Tokyo’s sanctions on the export of some Japanese goods to Korea in early July.

Following the sanctions, imposed in apparent protest of South Korea’s 2018 court rulings against Japanese firms that mobilized Koreans as forced laborers during the 1910-45 Japanese colonial rule of Korea, Japan removed Korea from its list of trusted trade partners a month later, poisoning the bilateral relationship.

As the bilateral ties became shaky, Seoul decided last week to terminate the General Security of Military Information Agreement (GSOMIA) with Japan, a bilateral pact that allowed the two countries to share sensitive military intelligence in the face of North Korea’s nuclear and missile threats.

Unveiled in the midst of such unfavorable public sentiment toward Japan, BTS’ upcoming Japanese itinerary was met with an angry response by some local fans who pressed for the cancellation of the events with a Twitter hashtag, which translates as #JAPANFANMEETING_CANCELIT in English.

“At this time of bad South Korea-Japan relations, BTS will be subject to criticism if they hold fan meetings in Japan. Would you agree to Japanese fan meetings even if it means the artists you love would be criticized?” said a BTS fan on her Twitter account, @7QjotGOpK1v6JUs.

Another fan with the account, @etastar09243, said, “Big Hit, please chill out. A Japanese fan meeting? At a time my friends don’t use even Japanese stationery these days … Are you serious?”

On the other side of the issue are fans who voiced their support for the Japanese outing, with their unified Twitter hashtag that translates as #NATION_DOESN’T_MATTER_IN_MUSIC.

How to appease jittery fans at home, while keeping to its solid careers in the world’s second-biggest pop market in Japan, poses a major challenge to BTS going forward, as with other K-pop groups active in Japan, as Seoul-Tokyo rows show no signs of easing.

So far, no major interruption has been reported over the Japanese careers of K-pop artists, with two A-list girl bands — TWICE and BLACKPINK — scheduled to stage their solo concerts in Japan in October and December, respectively.

Having gone to its first official vacation since the 2013 debut, BTS is likely to resume its music career with its next concert in the capital of Saudi Arabia on Oct. 11 before wrapping up its “Love Yourself: Speak Yourself” world tour, with its Seoul performances set for Oct. 26-27 and Oct. 29. Yonhap