Review: Taylor Swift taps into her joyful side with ‘Lover’ 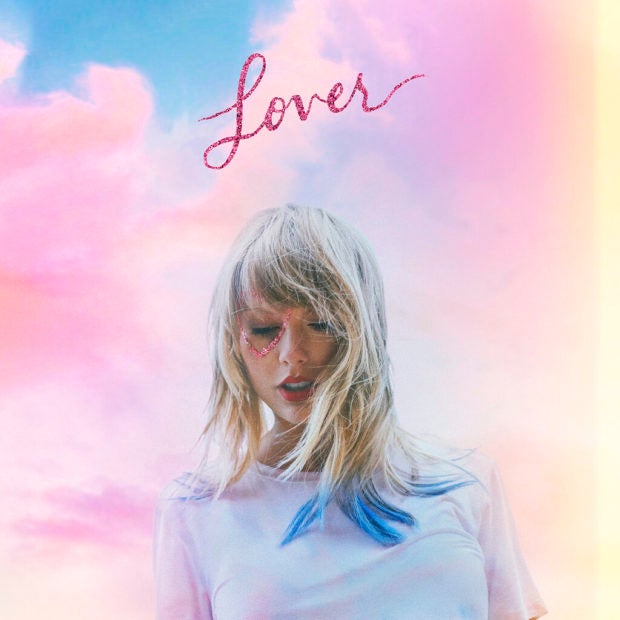 If you want an easy way to see how far Taylor Swift has come since her last album, just compare the two covers. If 2017’s “reputation” featured a photo of Swift unsmiling in black and white, “Lover” is an explosion of color, clouds and sparkles.

The superb new 18-track collection finds Swift looking backward and forward through the lens of love — both present and absent, lustfully and wistfully, friendly and concerned. She calls it a “love letter to love itself.”

It’s a remarkable look at the various hues love can take. A songwriter long associated with bright red is painting now in blues and golds. “I want to be defined by the things I love — not the things I hate,” she writes in the album notes and repeats in the final song, “Daylight.”

For many of the songs, she’s reunited with producer Jack Antonoff. This time, they’ve hacked away at a lot of the previous electronic clutter to show off Swift and her rich pop songwriting.

The album kicks off with the trop-hop “I Forgot You Existed,” which seems to reference her old feud with once-friend Kim Kardashian, whom she slammed in “This Is Why We Can’t Have Nice Things.” Now, with genuine laughter, she admits she’s just indifferent. Chapter closed, moving on.

Most of “Lover” is exuberant and a return to the diaristic Swift of the past. She seems to revel in the hard-fought happiness she’s found with her boyfriend of three years, the Englishman Joe Alwyn, the obvious source of “London Boy.”

Things are getting serious, apparently. In the Go-Go’s-ish “Paper Rings” she suggests “you’re the one I want,” while the album’s title track even contains Swift singing a mock wedding vow. On “Cornelia Street,” she’s frightened that one day he’ll walk away.

Last time out, Swift was a cool villain, settling scores. Now she’s joyfully doing a duet with Brendon Urie of Panic! At the Disco on “ME!,” a slice of self-love. She’s refreshingly contrite on “Afterglow” and reaching out to a pal in the unaffected “It’s Nice to Have a Friend.”

Not everything is hugs and giggles, of course. There’s a fair amount of tears, drunken regret and breakups. (There’s even a health scare in the understated ballad “Soon You’ll Get Better,” which features the Dixie Chicks, fiddle and banjo.) “Cruel Summer” (with writing help from Vincent) and “Death by a Thousand Cuts” are about love gone really, really bad.

There are interesting touches throughout, including a sax in “False God” and a cameo by Idris Elba (a snippet from “The Late Late Show with James Corden”). She name-drops Leonardo DiCaprio and Drake, while calling herself a “Tennessee Stella McCartney.” The song “Miss Americana & the Heartbreak Prince” is the album’s most ambitious track, reaching for something deeper than just a high school moment.

Consciousness-raising has never been Tay Tay’s thing and with the exception of the pro-gay, anti-hating anthem “You Need to Calm Down,” Swift skirts politics. But she does tackle sexism’s double standards in the excellent “The Man,” angry that she gets pulled apart for the same behavior for which men are toasted: “I’m so sick of running as fast as I can/ Wondering if I’d get there quicker/ If I was a man.”

The album ends with one of Swift’s most introspective songs, “Daylight,” in which she sings of waking from a 20-year dark night. Now, in the light, she can see “I wounded the good and I trusted the wicked.” On this and all the previous others, she absolutely shines.