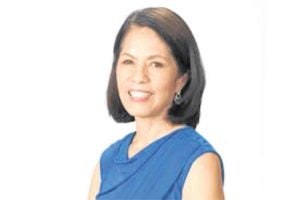 Regina “Gina” Lopez, who recently passed away, was chair of the ABS-CBN Foundation, the network’s sociocivic arm.

Under her leadership, Gina launched Bantay Bata 163, the first rescue hotline for children in Asia.

Gina also founded Bantay Kalikasan, a program that advocates for the protection of the environment. For her efforts, she was appointed chair of the Pasig River Rehabilitation Commission in 2010.

She was also the vice chair of the ABS-CBN Bayan Foundation.

In June 2016, Gina was appointed secretary of the Department of Environment and Natural Resources in an ad interim basis. But on May 3, 2017, the Commission on Appointments formally rejected her appointment.

Gina hosted an environmental show on ABS-CBN, “G Diaries,” which premiered in 2017.

“We will miss Gina’s light, as a private person, leader and crusader,” said Gina’s cousin, ABS-CBN Corp. chair Mark Lopez. “While she left us a void that cannot be filled, we take comfort in knowing that with love, like she had shown us, there remains hope and beauty in the world we live in.”