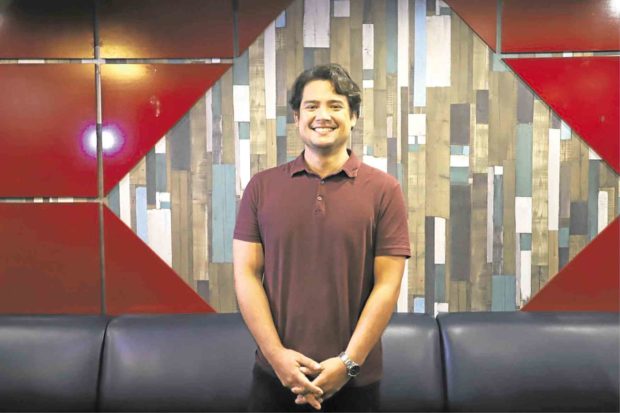 “Keep your head up and stay cool.”

This was what actor Geoff Eigenmann said he would tell his “The Killer Bride” costar Joshua Garcia if ever the latter would seek his advice.

Geoff said that while Joshua would often keep to himself while on the set of their latest teleserye, he was well aware that the young star was “going through something” in his personal life.

Geoff was referring to Joshua’s recent breakup with actress Julia Barretto, who is now involved in a controversy with fellow ABS-CBN contract artists, Gerald Anderson and Bea Alonzo.

“Joshua and I have the same personality. We just keep to ourselves, but I’d hear from people around us what’s going on with him. What he is going through is difficult,” Geoff told reporters at a recent media gathering when asked to share his observation on how Joshua has been behaving at work lately.

“If ever he’d ask for advice, I’d be there for him, as well as for Janella (Salvador, another young costar) or any other cast member,” Geoff pointed out. “To me, they’re like family, especially since we see each other on the set almost every day. They’re a good bunch of people. I would love to be part of their lives onscreen and off.”

In the series, Geoff plays Vito dela Cuesta, a musician who falls in love with Camila dela Torre (Maja Salvador). Their love story takes an unexpected turn when he sees his soon-to-be wife drenched in blood while holding a knife beside his brother’s dead body.

Meanwhile, Janella plays Emma, the woman who claims to be possessed by Camila’s soul; and Joshua plays Elias, Vito’s right-hand guy who vows to protect the Dela Cuestas at all costs, including from Emma.

Geoff said he saw a lot of himself in Joshua. “It’s because we’re both introverts. When it comes to his character, he knows what he has to do. He knows how to play with it. It’s true what they say about him being a talented actor. There’s a lot to watch out for in Joshua in the future.”

As for working with Maja again, Geoff said he saw how much she had matured as an actress. “She has become a real pro. I noticed that she is now more confident in answering questions during interviews. Also, she can really handle the crowd, no matter how big it is. Ako kasi, mahina sa ganyan. Crowds make me nervous.”

Geoff and Maja first worked together on the 2006 comedy film, “First Day High.” They were also part of the series “Moon River,” a project that the Kapamilya network chose to shelve. “‘The Killer Bride’ is really the perfect project to launch us as a tandem, especially since we’re now much older and have more experience in our respective lives that we can share onscreen. So far, people say we have chemistry,” Geoff said.

Geoff said that when the role was first offered to him, he accepted it right away. “This is a project that’s too hard to pass on for any actor at any stage of his career. It’s such a huge show,” he stressed. “I guess not everybody knows that before this, I did a project for TFC (The Filipino Channel) for the same group—for Direk Dado (Lumibao, director) and his team. It was shot in Dubai. I was also with Maja.”

Geoff, who is now a father of two, claimed that fatherhood has made him a better actor. “It has changed my perspective in life. What I do now is all because of them,” he pointed out.