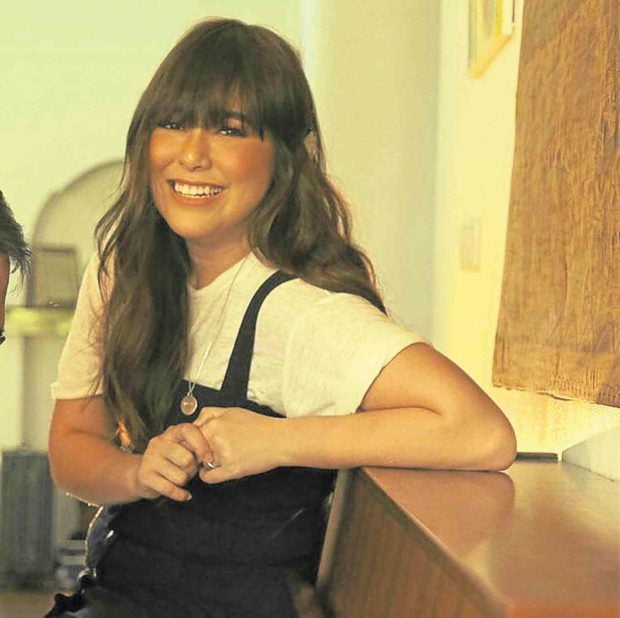 What was supposedly a “very simple” treatment went awry, causing necrosis in her nose, which put her at “high risk of having a heart attack, stroke and vision loss.”

But never mind the faint scarring she currently has across the tip of her nose, because it could have been worse. Now, she’s just grateful she’s still able to do the things she loves most.

“It was a tough season because I lost out on several jobs. Because I was at risk [for complications], I felt it wasn’t just my career I could lose—it was my life, my eyesight. I wouldn’t be able to see my husband,” Moira told reporters at a recent press conference for “Braver,” her solo concert at the Smart Araneta Coliseum on Sept. 13.

“There was so much fear building up,” she said of her ordeal, which started two months after she tied the knot with fellow musician, Jason Hernandez, last January.

Moira’s condition explains her “low energy” during her judging stint in “Idol Philippines”—something she was constantly ridiculed for on social media.

But as much as she wanted to speak up, she decided to stay silent. “I didn’t want to draw attention away from the show,” pointed out Moira, who was usually under pain medication during the season.

That’s why she felt relieved when her fellow “Idol PH” judge Vice Ganda recently defended her from bashers. “Para akong nabunutan ng tinik sa dibdib. I felt like crying when I saw it. I’m happy Ate Vice is in my life,” she said.

Right now, she would say that she’s “85 percent healed.” It remains to be seen if her nose will be completely fixed, but she’s not too concerned about it anymore. “I know I’m here because of my songs. And I will continue because of them,” she said.—ALLAN POLICARPIO