Stills from “One Small Step” 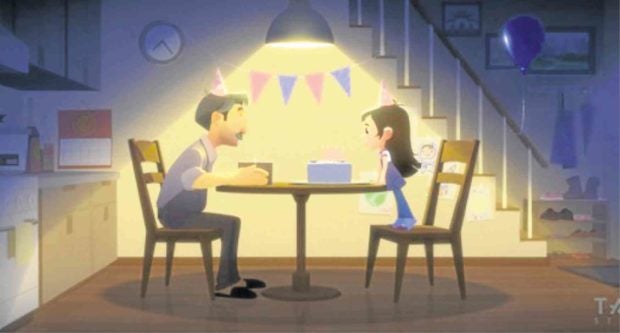 Fil-Am animator Bobby Pontillas codirected the Oscar-nominated short film “One Small Step,” about a girl who is raised by a single dad and dreams of becoming an astronaut. It reflects the artist’s own background, having been raised solely by his mom in the United States when he was a kid.

The first Taiko Studios project may have lost to “Bao” last February, but joining the Oscar race understandably had a profound effect on the Glendale, California-based animator.

“In the weeks leading up to the Oscars, the support from the Philippines was so encouraging, and it really made an impact on me,” Pontillas enthusiastically told the Inquirer. “I came away wanting to tell more stories based on Filipino culture.”

The 38-year-old animator, who moved to Washington state when he was 9, recalled retaining ties with relatives in the Philippines.

“When I was young, we were able to visit the Philippines quite often, so I was very close to my family there,” he said.

Pontillas will return next month as one of the guest speakers of Icon Manila, an entertainment design event to be held at Samsung Hall in SM Aura on Sept. 20 and 21.

“In recent years, as I’ve been working in the industry, I haven’t been able to go back in a long time, so I’m really excited about my trip back for Icon Manila,” said Pontillas, who worked as animator and character designer at Disney Animation and Blue Sky. “I still have so much more to learn about our culture, and I think reconnecting with that is vital to who we are as people and storytellers.”

Joining him at the annual event is another Filipino-American, Marvel Studios’ Armand Serrano, who will also be one of the speakers. (For guest list and updates, visit IconManila.com.)

Pontillas is currently busy with a number of projects: “At Taiko, I just wrapped up art directing on our next short film. After that, I’m working on a few new exciting things that I can’t announce yet, but they are all a part of my efforts [to bring] our culture to the screen.” 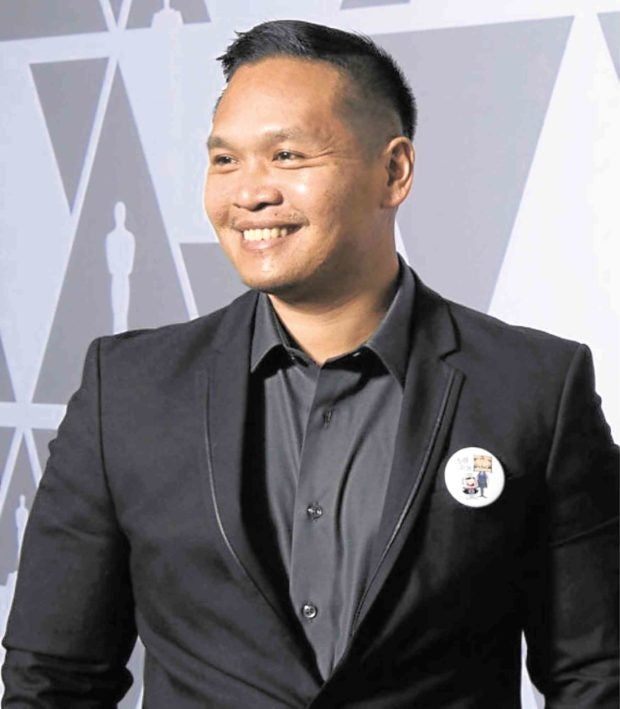 On the studio’s visual style, he elaborated on the look and motion that helped its initial project stand out.

“The animation style for ‘One Small Step’ was a huge collaboration of everyone at Taiko Studios,” he recalled. “We were inspired by a lot of what was being done at Disney, but hopefully we brought more of ourselves to the table. Like-wise, we were inspired by a lot of midcentury graphic design and illustration, which accounts for its simplicity. Movement-wise, my codirector Andrew Chesworth was pushing for the delicate acting of Hayao Miyazaki, with the precise posing and timing of Chuck Jones.”

On the most important thing to convey as a storyteller in animation, he said: “At this moment, I’m interested in hearing about people’s personal stories. That honest, vulnerable truth is something I value. To me, it’s where the most poignant, funniest, most universal stories come from!”

Pontillas, who went through years of rejection before landing a job in the industry, advises aspiring animators, “Find your passion and hold onto it for dear life! Keeping your inspirations close will get you through some rough times, because it’s a lot of hard work.

“Get your work out there on social media. Connect with other artists in the industry, and get their feedback on your work. Be kind; share your knowledge with others. Focus on your specific discipline, but always try to keep learning and experiencing new things—it will enrich your voice as a storyteller.”