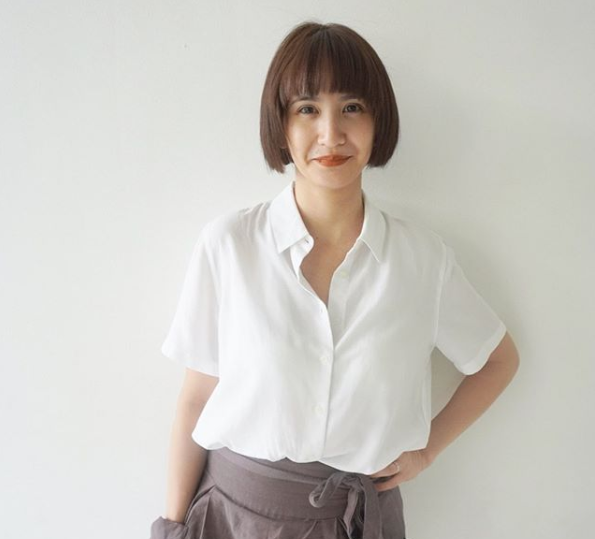 Rica Peralejo lamented missing her father’s memorial service in the United States due to a flight delay of more than six hours.

The former actress was set to visit him in California this August but he passed away on Aug. 6, before the trip with her family and before he could meet her second son, Manu, who was born in June.

Unfortunately, technical issues on a Philippine Airlines (PAL) flight on Wednesday, Aug. 14, left them on the ground in Manila, Peralejo said in her Instagram Stories on Thursday, Aug. 15.  The flight was delayed by six hours and 39 minutes, leaving at 6:19 p.m. as per flight tracker website Flightstats.

INQUIRER.net has reached out to PAL for its side on the matter. 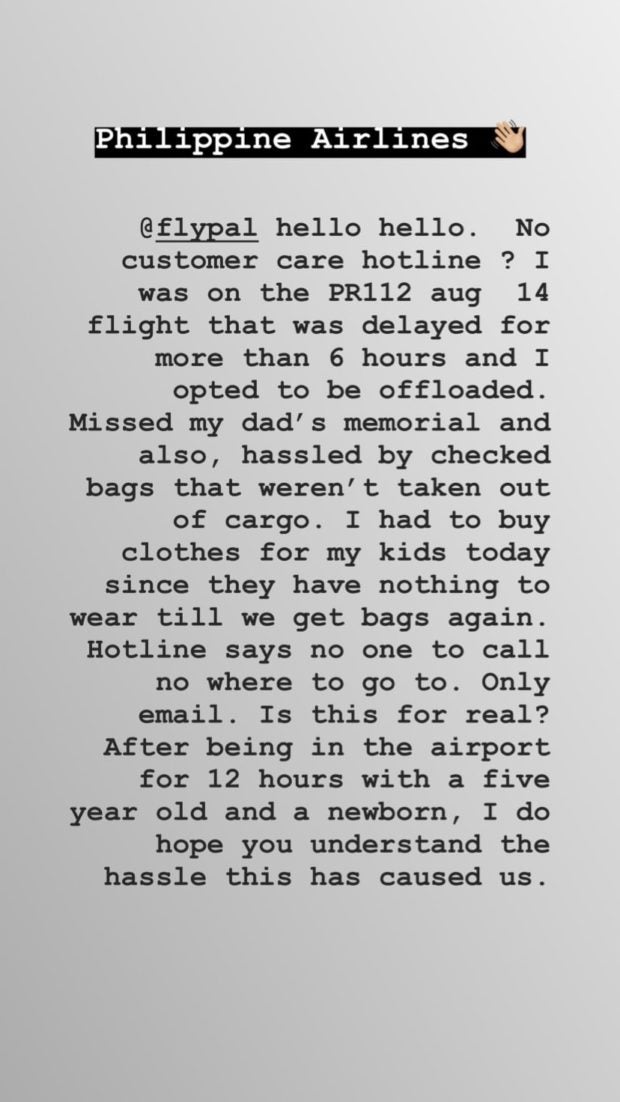 She said in an Instagram post on Thursday that she and her family were at the airport by 8 a.m. and boarded at 11:25. “But an hour and a half later, we were still on the ground (technical issues) and eventually sent back to our terminal to wait for further instructions.”

“A few hours more and I find myself at the ticketing office. While other passengers pushed [through] with the flight many many hours later, I opted for a full refund so we can stay home instead,” she said. But even if she and her family could leave the airport, they found out that their baggage had left for Los Angeles.

Peralejo had already been apprehensive about the flight, given that she was traveling with her 5-year-old son Philip and an infant. It was also difficult moving around with a baby since the stroller was checked in.

“Yup, you would be right to think that yesterday was just too long a day for the mother of a newborn. (I nursed just about everywhere and in just about every position; my body is so sore right now.),” she wrote.

“By the time we got home, all we could think of was a good bath and a good meal. So we head out as a family and ate gyudon and ice cream. Nevermind (sic) that I might have eaten gluten. There is a time and a season for everything!”

She also took the flight ordeal as a chance to reflect on letting go in life. “My mind is racing with things I can do something about. Perhaps because there is the glaring truth in all of this that there are far too many things in life that we have no control over. I can make that nice powerpoint, but I cannot make my dad live longer. I can get my full refund, even my bags back, but it can’t bring my dad back to life.”

“We only have a limited number of things we can do within our power and even that power is not ultimate. My prayer today is that whatever we can move, let’s move and whatever we cannot, we will simply surrender.”  /ra