After previous films, Enzo explains why his sexy scenes in ‘Malamaya’ are ‘the main event’ 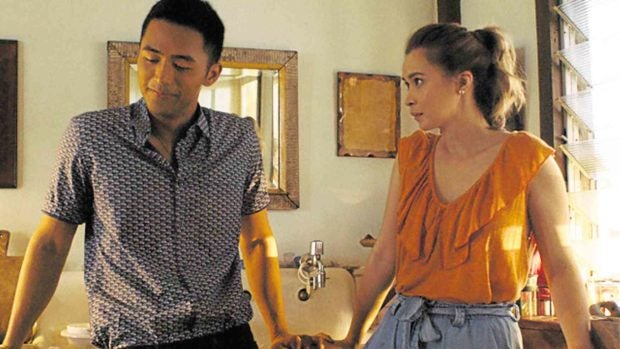 Actor Enzo Pineda said that while he doesn’t mind baring skin and doing love scenes on the big screen, he draws the line at frontal nudity.

“Doing sex scenes is already hard enough because, in order for you and your partner to feel comfortable on the set, you have to pretend that it’s just you, that nobody else is there,” said Enzo, who plays leading man to Sunshine Cruz, with whom he has several steamy love scenes in the May-December drama, “Malamaya.”

Enzo added: “In the film, you will see that I’m always buck naked. This was even while there were people on the set watching. It’s hard to build confidence in order to finish those sex scenes because, after a while, I would feel awfully shy knowing that I’m the only one naked.”

There were “pumping scenes,” too, Enzo let on.

“While this wasn’t the first for me, these were the most daring and longest ones that I did. The others were merely warm-up. This was the main event,” he quipped.

Enzo also did a sexy film, titled “Rush,” for the streaming app iWant.

He added that the “Malamaya” project was made even more “special” because he did it with Sunshine.
“She was one of my childhood crushes. I’m lucky to be able to work with her,” he pointed out. “It was tough. It’s not just me having a sexual scene with a woman. It’s me doing it with Sunshine Cruz. As a man, I had to gather a lot of confidence to be able to measure up to her. Part of that was working out at the gym.”

Enzo confessed that “before I go to the set, I would condition myself mentally that I’m the type of guy Sunshine would want. If I don’t achieve that, then I fail to establish a connection with her,” the actor said. “Or if I’d simply act my age, she’d realize that I’m too young for her. You see, the real Enzo is totoy, relaxed and chill lang.”

He added: “Migs and I are very different. I’d often say to myself, ‘Enzo you can do this! You’ve worked hard for your body. What you’re doing is nothing to be shy about.’” 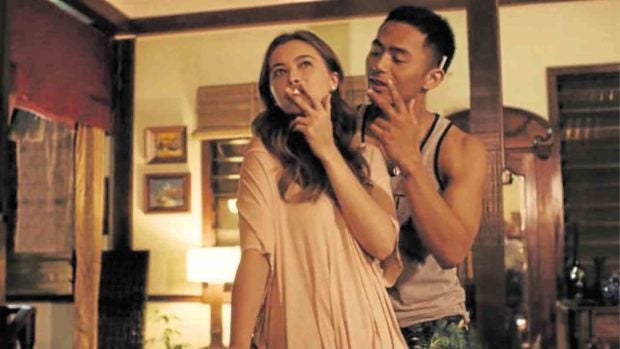 Enzo’s “peg” for his character is Jake Gyllenhaal, who plays opposite Anne Hathaway in the romantic drama “Love and Other Drugs.”
He explained: “Like Gyllenhaal’s character, Migs is a go-getter, determined to make a name for himself. He also likes thrills. I patterned Migs after Gyllenhaal because I liked the connection he was able to form with Hathaway in that film.

“There were also scenes when they were naked in bed, but were simply talking about the bigger aspects of love and life. I needed to achieve that with Sunshine.”

What Enzo liked about Migs, he said, was that “he is really in love with Nora (Sunshine’s character) and isn’t with her simply for the thrill of it. At the start, yes, but once they get deeper into the relationship, he will realize that he truly cares for Nora deeply.”

As to whether he thinks he could also fall in love with an older woman in real life, Enzo said: “I’d welcome it if ever it happens to me. Love is universal. Besides, you can’t predict who you will eventually fall for and want to settle down with.”

“Malamaya” is directed by Leilani Chavez and Danica Sta. Lucia and will have its commercial theatrical run starting Aug. 14.