Canine love fuels ‘Art of Racing in the Rain’ 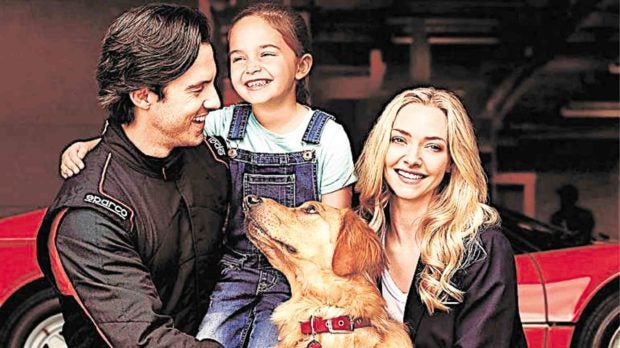 There’s good reason why Garth Stein’s 2008 novel “The Art of Racing in the Rain,” about a race car driver and his loyal golden retriever, spent 156 weeks on the New York Times bestsellers’ list.

It may not score points for its contrivances and occasional bouts of maudlin drama, but its lead actors’ warm-and-fuzzy earnestness is guaranteed to sweep viewers off their feet—and, sometimes, that’s all that matters. It also gets a lot of help from its wooly canine star.

The novel’s belated jump from page to screen is a reminder for viewers to show a wee bit more appreciation for the blessings in their lives—
from the unexpected breaks that come our way, to the pets and people who make the world we live in more bearable and a little less lonely.

In race car driver Denny Swift’s case, his blessing comes in the form of a cuddlesome bundle of canine joy after he randomly picks up a feisty pup from an overcrowded litter of attention-seeking fur babies.

Director Simon Curtis tells Denny’s story from the pooch’s point of view. The affectionate puppy grows up to be Enzo (voiced by Kevin Costner, in a thoughtfully limned performance), who sees Denny (Milo Ventimiglia) through his ups and downs, as well as the life-changing relationships he forges with the people around him.

Denny believes in the Mongolian legend that a dog “who is prepared” will be reincarnated in his next life as a human. The movie follows Enzo’s journey as he learns more and more about human behavior. 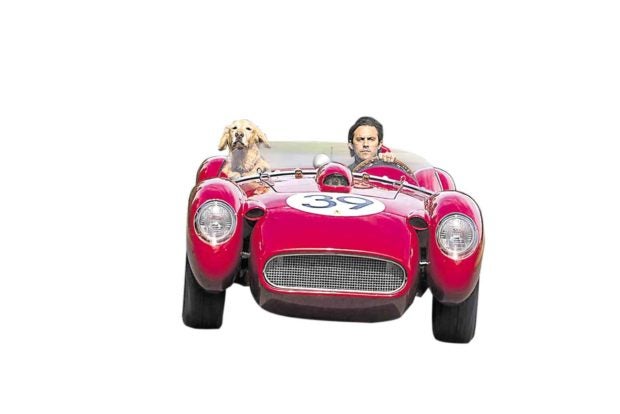 Even with the arrival of their daughter Zoe (Ryan Kiera Armstrong), Eve continues to rally behind Denny and makes him promise never to lose sight of his dreams.

The couple’s situation begins to go south when Enzo notices some troubling changes in Eve’s behavior. Later, she becomes so sick that she sometimes leaves Enzo at home with no food or water for two days. But there’s only so much Enzo can do to help Eve!

Schmaltz is par for the course in three-hanky canine dramas like this, but the movie is served well by charismatic actors, who put their significant acting chops to wise use. Their characters’ motivations may be predictable, but their thoughtful, heart-on-sleeve portrayals make them as real and relevant as Enzo’s scene-stealing presence.

If at some point in your life you’ve had your heart stolen by loving pets, we’re pretty sure you’ll understand where “The Art of Racing in the Rain’s” well-earned mush is coming from.