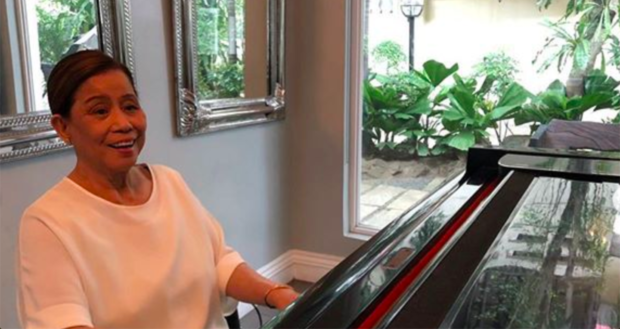 The life story of eminent film producer and star-maker Lily Monteverde, fondly known in the Philippine movie industry as Mother Lily, will be turned into a film to be helmed by Erik Matti.

The award-winning director took to social media to break the news about the upcoming project to his fans and followers last Saturday, Aug. 3.

“Dondon Monteverde and I have been courting Mother Lily about this project for quite a few years now,” he said in his Facebook post.

Dondon Monteverde and I have been courting Mother Lily about this project for quite a few years now. We’ve gathered so…

He revealed that he and Dondon, Mother Lily’s son, have gathered material for the project over the years by being around Mother Lily at parties and dinners. “But there’s still so much to mine from this story,” he added.

Matti also shared a moment of him and Dondon interviewing people for the film, as seen in his post last Saturday.

“Today is the first day in a series of interviews with Mother Lily and the people who know her and Regal all these years,” he said.

Screenwriter Moira Lang, who is also known as Raymond Lee, along with Mich Yama will be writing the story’s script.

“We present #TheMotherLilyStory to the big screen,” Matti said. “This. I. Am. So. Excited!”

“Finally, we are at the works of doing a milestone movie with Erik Matti and his team,” Roselle said via Regal Entertainment’s Facebook page yesterday, Aug. 4. “I am more than excited but passionate as well because it is the story of my mom and the mother of a lot in the Philippine entertainment industry.”

Mother Lily is the founder of the film studio Regal Entertainment. The studio has since produced numerous film and TV projects in the Philippine entertainment industry; among them are famous movie franchises such as “Mano Po” and “Shake, Rattle & Roll”, and critically acclaimed films such as “Scorpio Nights”. The studio was also known to have produced some of the industry’s biggest stars, referred to in the 1980s as “Regal Babies,” and include veteran actors Maricel Soriano, Gabby Concepcion, Manilyn Reynes and Snooky Serna. JB