One thing in common between Carlo and Maine 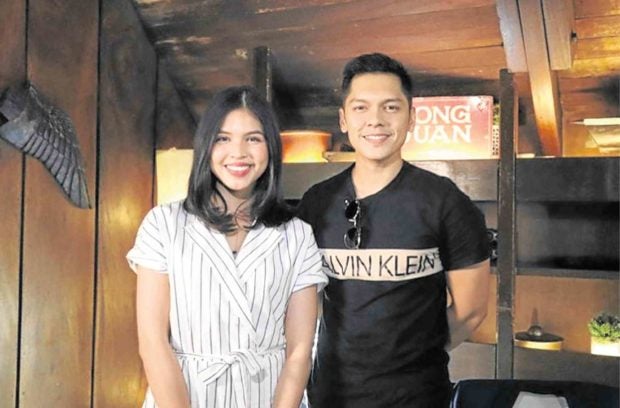 If Carlo Aquino could liken his and Maine Mendoza’s personalities to an object, it would be a diesel engine: Both need some “warming up” before opening up.

“We’re both quiet and shy—we don’t really talk a lot. But people close to her told me that that’s how she really is at first,” he said of Maine, whom he will be working with in “Isa Pa with Feelings,” an upcoming romantic movie by Black Sheep and APT Entertainment.

“Pero ngayon ang kulit na namin,” he told reporters at a press conference for his solo, prebirthday show, titled “Liwanag in Concert,” later this month. “I can’t say yet what the film is about. But we have been undergoing workshops.

Carlo first met Maine—who had earlier said in the past that she’s a big fan of the actor—last year at the premiere of his movie “Meet Me in St. Gallen.” “She’s good friends with our director (Irene Villamor). I asked her for a photo,” he related. “I used to watch her Dubsmash videos.”

Asked by the Inquirer what his thoughts were when he was told that he was going to be paired with Maine, the 33-year-old star said: “I was surprised. I had to repeatedly ask Inang (Olivia Lamasan), ‘Are you sure?’”

He added that collaborations among artists from different networks is the way to go. “I think that’s where we’re headed to. I’m excited about what else the producers can offer,” Carlo said. “All us actors have the same job anyway—to entertain and bring joy to the people.” —ALLAN POLICARPIO