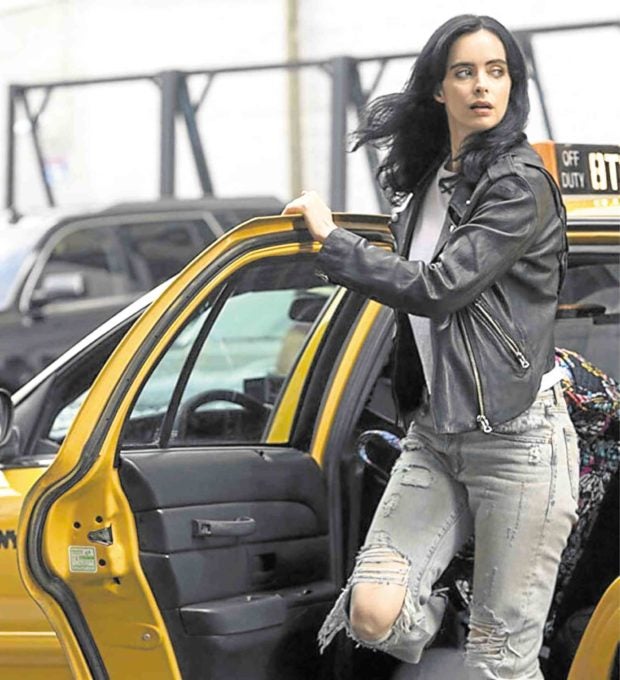 In its third and final season, Netflix’s “Jessica Jones” reiterates the definition of heroism for the superpowered private eye.

Quintessentially about the hesitant heroic journey of a person who survived tragedy and abuse, the series loses none of the grimness and mature handling of real-life grit that made its first two seasons stand out from Marvel’s generally feel-good and typically clear-cut adventure shows.

It also brings to the fore one of its most important characters, which offers a look at how vigilantism is a complex issue in a world increasingly populated by superhumans.

After recovering from the death of her deranged biological mom in the previous season, Jessica (Krysten Ritter) takes on thankless jobs as a more active investigator.

Unwinding at a bar, she meets Erik (Benjamin Walker), a charming guy who soon ends up in her apartment unit. Things get steamy, but before they could consummate, they’re interrupted by a knock on the door. 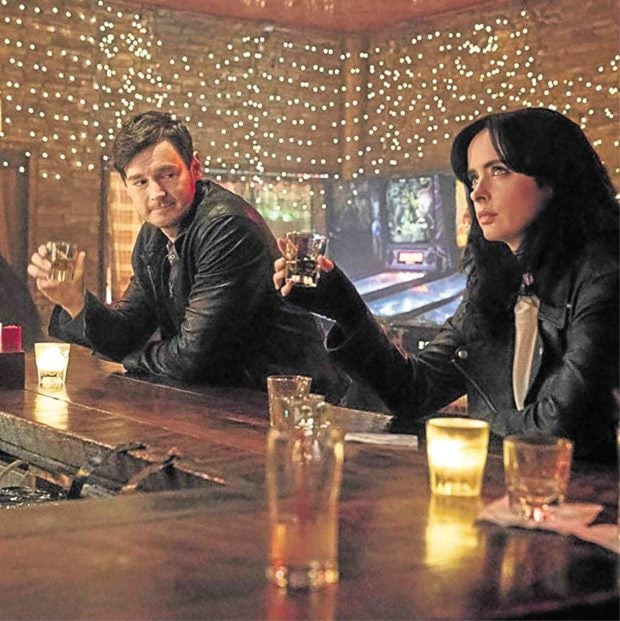 Jessica checks, but is suddenly stabbed by a masked assailant, who quickly flees the building.

Recovering at the hospital, she calls her estranged adoptive sister Trish (Rachael Taylor) for help—a hard decision to make, because the latter killed her murderous mom last season.

Trish, who has embraced a job as a female-empowering host of an infomercial show, actually has superpowers now. Secretly, she stalks criminals, using her enhanced reflexes and night vision to track New York’s villains.

Jessica’s stabber reluctantly brings together the two women, who must work out their differences before the deadly mystery man decides to hurt someone again.

“Jessica Jones” will be missed, now that it and its related shows on Netflix are canceled. At a time when women are rightfully an empowering presence in fantasy, the series provided a relatively more “real” heroine than its contemporaries—a surly, eye-rolling, boozing do-gooder who apologized to no one.

Ritter made the character tangible and fully realized from the get-go, possessing just the right dichotomy of blasé indifference and genuine selflessness. And Taylor embodies a more obsessed Patsy/Trish Walker, a former teen model-turned-costumed adventurer, Hellcat, in the comics.

It’s satisfying to finally see a strong, contrasting dynamic between the two when they butt heads over how to deal with the season’s elusive villain.

The addition of Walker (“Abraham Lincoln: Vampire Hunter”) to the cast is beneficial, his Erik further complicating the line between good and bad, especially since he has a complex backstory himself.

Eka Darville as the ex-druggie Malcolm, and Carrie-Anne Moss as the ruthless lesbian lawyer Jeri also figure significantly this season, making a number of smart and questionable decisions that impact the main characters’ lives, as well.

Ritter gets to helm a Trish-centric episode, her directorial debut solid and consistent with the rest of the 13-part series.