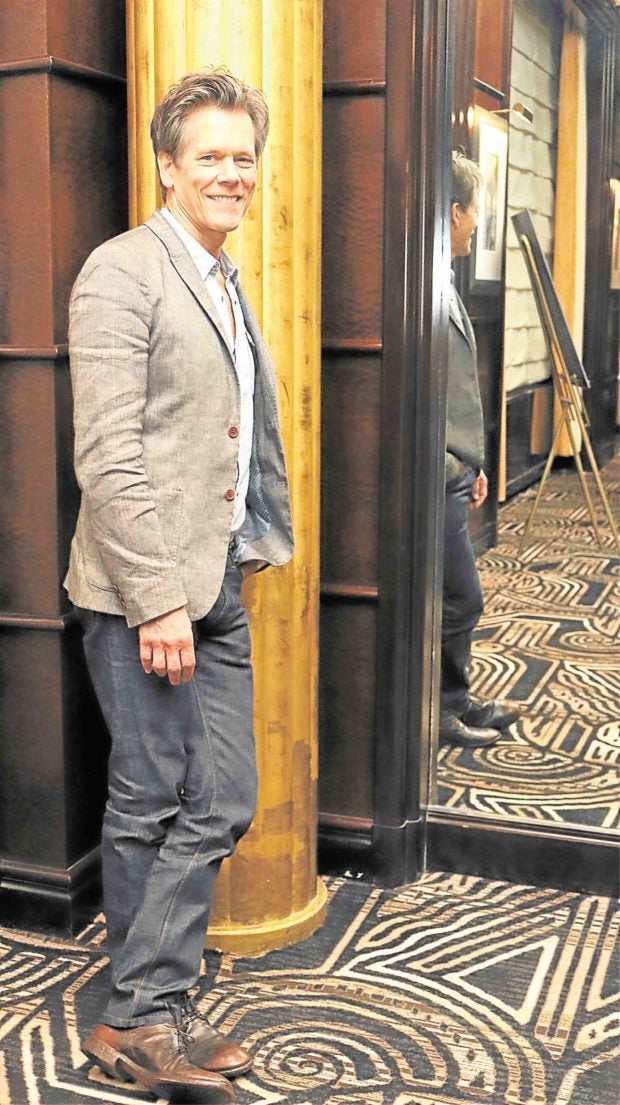 LOS ANGELES—Wasn’t Kevin Bacon just dancing to “Footloose” a while ago? It’s hard to believe the man in sneakers who was cutting loose, kicking off the Sunday shoes, just turned 61 on July 8. And he’s been acting for 42 years.

“Ah ha, let’s see,” Kevin said with a laugh when asked in a New York interview how long he had been in the business. “Since ‘Animal House,’ which we shot in ’77.”

With such a long career, there’s usually a movie starring Kevin that’s being aired or streamed on your screen. “I don’t watch them,” he said if he saw one of his old films being played. “Part of it is because I can’t help but think to myself, if only I’d known what I know now, I would have done it differently.

“Not my career necessarily but if you act for a long time, you get better. And you get a little bit more in your body, mind, head so it’s actually torturous for me to watch old stuff. I try not to watch it if I can.”

By the way, here’s what Kevin, married to actress Kyra Sedgwick for 30 years, told us in our 2013 interview about what he feels when Kenny Loggins’ “Footloose” hit from the movie of the same title is played in parties:

“It’s rare that we (he and Kyra) get to go out and dance. We love to dance, but we don’t want to put on a show. It’s two different things. There’s dancing when you’re in the crowd, and you feel the energy. Everyone’s dancing and having a good time.

“Then there’s dancing where people are like, Oh my God. So if the song (‘Footloose’) gets played, it becomes a performance. That’s number one.

“Number two—sometimes this happens at, let’s say a wedding night. My feeling about a wedding is that the only stars should be the bride and groom. This is the day that they are the biggest stars in the room, bar none. So if the DJ kind of flips that (song, ‘Footloose’), it’s embarrassing. I find it annoying not because I’m afraid that people are going to look at me. But because I’m afraid they’re not going to look at the bride and groom.”

Asked if he still has the moves, Kevin answered, “That’s the other thing. I don’t have the moves (laughs).” But we think Kevin was being modest. We are guessing he can still execute the fancy footwork in that warehouse scene, which is considered one of the best moments in 1980s dance movie history.

Before the big breaks came, the Philadelphia native, the son of a teacher and an architect, was a struggling actor in New York who was eventually cast in TV soap operas. “I was on ‘Guiding Light’ for a year,” Kevin reminisced. “I had a yearlong contract. That was my second soap opera. My first soap opera was called ‘Search for Tomorrow,’ which is no longer on the air. I don’t even think ‘Guiding Light’ is on the air anymore.

“If you were a New York actor, which I most decidedly was, it was one of the few ways that you could get a decent paycheck. I started as an extra in soaps and then eventually, I got an audition and was able to get a small part. Then on ‘Guiding Light,’ it was a slightly larger part.

“The reason I felt so lucky to have that part was that my real interest was not in soap operas but in doing theater. I was able to support myself whereas in the Off-Broadway and Off-Off-Broadway houses I was working in, they’d pay $125 a week so I couldn’t really live on that. But the soaps were better.”

The young man who went to New York at age 17 dreaming of a career in theater suddenly had many fans as a soap actor.

He recalled, “It was interesting because soap opera fans, at least back then, I don’t know what it’s like now … It was my first real little taste of somebody stopping you on the street or that kind of thing. Nobody ever thought of me as Kevin.

“They always thought of me as Tim, the teenage alcoholic (laughs). That was my character. They’d come up to me, grab my arm and say, ‘Tim, you need to be nicer to your mother (laughs).’ It was really strange.”

In recent years, Kevin has successfully gone back to television, with shows like “The Following,” “I Love Dick” and now, “City on a Hill.” 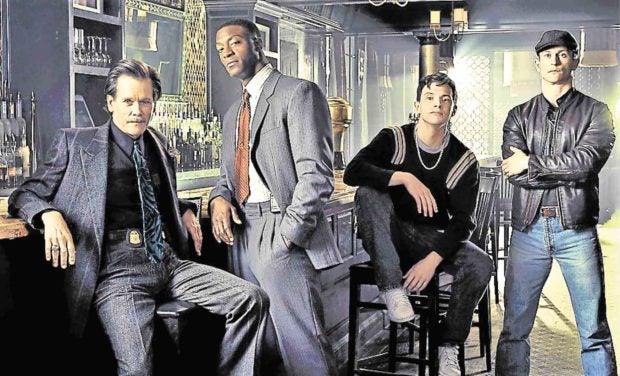 On his return to TV, Kevin admitted, “First off, I can tell you that when I first did, aside from the soaps and ‘The Following,’ it was hard for me to make that call to my agent to say I want to do a TV series. Because when I started out, all I wanted to be was a movie and stage actor. But I definitely didn’t want to do TV.

“TV was in a different category. It was much more West Coast-focused and it was, frankly, like a step down. It was a different thing to be a TV actor. Then I saw what Kyra was doing in ‘The Closer.’ She was really liking it and having a lot of great stuff to play.

“Then, in combination with also seeing this great content, ‘The Sopranos,’ ‘The Wire’ and ‘Six Feet Under’ and all this content that was so fantastic, I went, wait a second, I want a piece of that. Why am I being such a snob about this? There’s going to be great parts and parts that I can explore in a deeper, longer, more ongoing kind of way.

“Now, I adore TV. I still like movies and I don’t want to ever stop making movies if they’ll hire me or if I can get one made myself. But I’m really grateful for television, where it’s at right now.”

Set in the early ’90s, the new show is a fictional version of what was known as the Boston Miracle, a drive to lessen violence and corruption in the city.

On how he found the tone to play a corrupt cop, Kevin replied, “I feel like when I read the script, it really sung to me in a way. I heard Jackie’s voice. I could see what the visual side of the character would be. I could see the way I was going to move. It’s hard to explain. It doesn’t always happen that way for a part, but sometimes, it just comes out to you in a strange way.

“I’ve done a lot of bad things in parts that I’ve done. I’ve done the most terrible things you could possibly do in the roles that I’ve done. I don’t shy away from that because I feel like, as an actor, my job is to present all facets of the human condition.

“So if a character like Jackie is saying objectionable things, hurting people, doing drugs, drinking, stealing, lying and cheating, I want to just stay true to who that person is and not shy away from it.

“When it comes to what I do in my life, I want to wake up in the morning, look at myself in the mirror and say, OK I’m doing my best.

“But when it comes to the work, I just want to throw myself into it as much as I possibly can and be true to who the man is. And one of the great things about being an actor is you can just throw it out there.”

TAGS: City on a Hill, Footloose, Kevin Bacon, Only In Hollywood