MANILA, Philippines – After Alden Richards found himself paired with Kathryn bernardo,  his partner in the  “AlDub” love team, Maine Mendoza was likewise given the chance to cross over networks for a movie project. 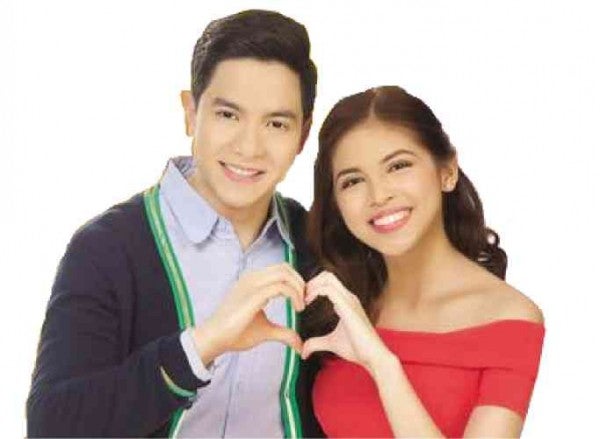 Richards said he is happy for his fellow “Eat Bulaga” mainstay who was recently partnered with a different leading man.

It was recently announced that Mendoza will be working with Carlo Aquino in “Isa Pa With Feelings” under production outfit Black Sheep.

Richards also bared that his “AlDub” partner opened up to him about having a tough time in acting.

“Kasi when we were working together, talagang nakekwento niya sa’kin she’s really having a hard time when it comes to acting,” Richards said.

But now that Mendoza has an upcoming project with a new partner, Richards said it is time for her “to break out of that fear.”

Richards and Bernardo’s “Hello, Love, Goodbye,” helmed by Cathy Garcia-Molina will premiere in cinemas on July 31, 2019.

The release date of Mendoza and Aquino’s “Isa Pa With Feelings” has yet to be announced.  (Editor: Gilbert S. Gaviola)