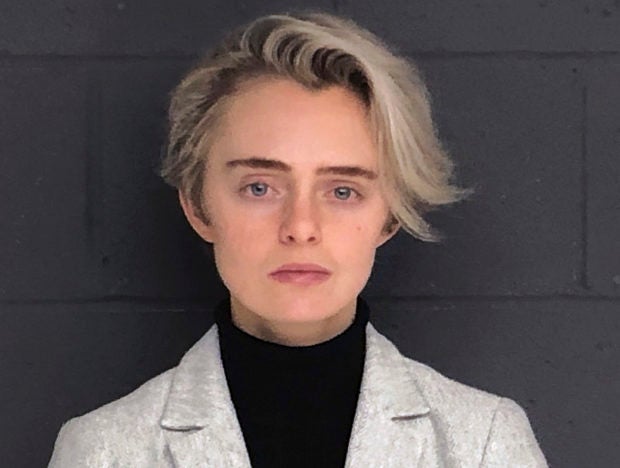 Michelle Carter sent her suicidal boyfriend countless text messages encouraging him to follow through on his plan to take his own life until he actually did.

Two years after Carter was convicted of involuntary manslaughter in a case that gripped the nation, the director of a new documentary wants viewers to decide for themselves whether her actions were criminal.

The two-part film, debuting July 9 on HBO, digs into the legal case against Carter and explores a different side to the young Massachusetts woman portrayed by prosecutors as a cruel manipulator who coaxed Conrad Roy III into killing himself for attention.

“There was this very simple story put forth that Michelle Carter was this good-looking ice queen that set about to kill a young man to become popular,” said Erin Lee Carr, the director of “I Love You, Now Die: The Commonwealth V. Michelle Carter”. ”I knew that that wasn’t going to be correct, but it would ultimately be the narrative that was set forth by the prosecution.”

The documentary is coming to TV screens as Carter’s lawyers appeal her case to the U.S. Supreme Court. Carter, now 22, began serving her 15-month jail sentence in February, but her attorneys are expected to file their appeal with the nation’s highest court by July 8.

Carter opted for a bench trial, which means a judge decided her fate. Carr says she wants the film to act as the jury trial Carter didn’t get.

“We really wanted to present the case in a way that you became her jury,” Carr said.

The judge found then-17-year-old Carter caused 18-year-old Roy’s death when she ordered him in a phone call to get back in his carbon monoxide-filled truck in 2014. The phone call wasn’t recorded, but the judge relied on a text Carter sent her friend in which she said she told Roy to get back in.

Carter didn’t take the stand at her trial and she and her parents declined to be interviewed by Carr. But her voice comes through in the film in the form of the thousands of text messages between her and Roy, bringing viewers inside the teens’ twisted relationship that existed almost entirely over their phones.

The documentary opens with the prosecution’s case, featuring video from the courtroom as well as interviews with Roy’s distraught family and the detectives who found the texts between the teens after Roy’s body was found inside his truck. Using testimony from Carter’s classmates who portrayed her as desperate and unpopular, prosecutors argued Carter pushed Roy to kill himself so she could get the attention she so craved as the grieving girlfriend.

The second part, which focuses on the defense, paints a different picture of Carter, who had her own serious mental health issues, was taking antidepressants, and like Roy, had attempted to kill herself before. Her lawyers and others depict an incredibly lonely young woman who believed she could help Roy and had, as one reporter put it, “an eerie inability to fully apprehend reality.”

Toward the end of the film, the question becomes: Did Carter really tell Roy to get back in the truck? There are no texts to that effect on the day he died — only the text Carter sent her friend two months after Roy’s death in which she called Roy’s death her fault.

“Michelle Carter has a lot of issues with deception with lying for attention,” Carr said. “How are we to trust that one sentence that it actually happened?” CC

Read Next
Get ready to sing your heart out as Megasound Smart PRO launches in the Philippines
EDITORS' PICK
Here’s How Protein and Calcium Deficiency Can Affect Your Kid’s Health
Mallorca City: Home of Cavite’s finest industrial hub
Puno: ABS-CBN can’t continue operating without new license
Edsa rites ‘solemn and quick’ as Du30 seeks end to ‘petty’ rifts
Wilder says costume wore him down before Fury did
Strongmen will never succeed–Robredo
MOST READ
Puno: ABS-CBN can’t continue operating without new license
Sarah Geronimo, Matteo Guidicelli return to public eye after controversial wedding
Dominguez: ABS-CBN account on unaired ads ‘does not tally’ with Duterte campaign experience
‘Time is everything’: World braces for spread of new virus
Don't miss out on the latest news and information.