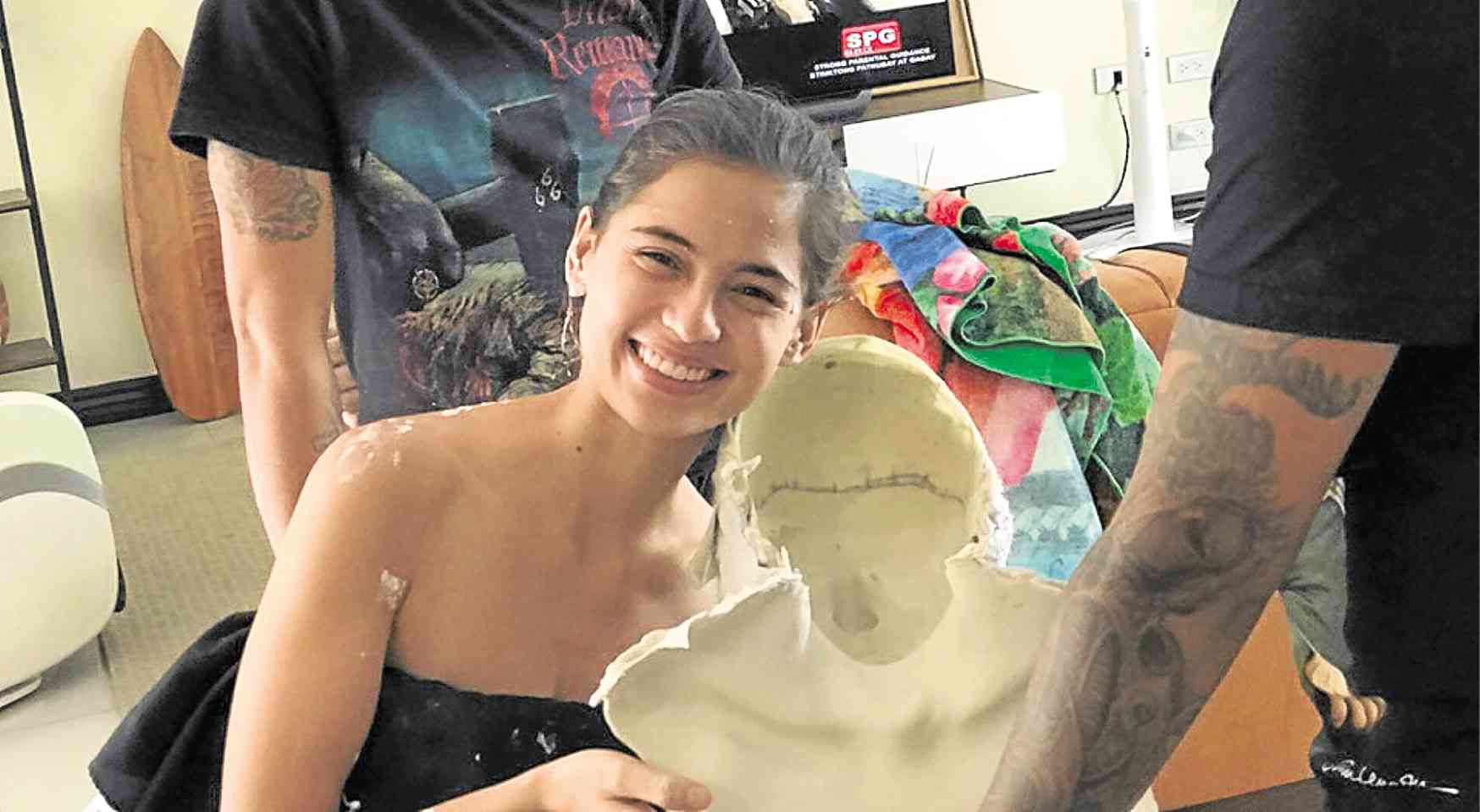 “She’s proud and grateful, but also regretful,” said Jasmine Curtis-Smith when asked how her sister, Anne, took the news of her being part of the cast of Alvin Yapan’s historical drama, “Culion.”

The role of Doris, one of the three female leads in “Culion,” was previously offered to Anne.

“Regretful,” Jasmine explained, because Anne had wanted the role for herself, but prior commitments—like an upcoming movie with comedian Vice Ganda—forced the latter to give it up.

“Her loyalty to her other commitments came first. She said, ‘I’m happy that it was given to you. I know you can do it.’ Kinilig ako because we seldom talk to each other about projects, usually kanya-kanya,” Jasmine told the Inquirer shortly after she attended the story conference for the movie, along with the production’s other female leads, Iza Calzado (Anna) and Meryll Soriano (Ditas).

“Our bond is thickening now. Ate and I are growing together. We’re genuinely happy for each other,” added Jasmine. “I’m fine with being the second choice to Ate. Truth be told, my role in ‘Baka Bukas’ was first offered to her, too.”

“I think I’ve already outgrown that phase. Had this happened when I was younger, I’d have felt hurt. These days, I actually feel lucky because the role has found its way to me. Being second choice is nothing until you make it a big deal,” Jasmine stressed. “Another actress other than Ate was considered to play Doris. Mas kinikilig ako knowing that iOptions Ventures (the film’s producer) thought I am of the same rank as these artists. I’ve now managed to turn situations like this into positive encouragement.”

Jasmine said that what happened to her three years ago has taught her a valuable lesson. “I realized a lot of things then in terms of work, which has considerably slowed down when I decided to be a freelance artist. It wasn’t something I chose. It’s just that there were little inquiries. That’s when I started to think more logically. I began to understand the business that I am in, whereas before, I looked at it as something superficial.”

Jasmine said she chose to be a “freelance artist” after her contract with TV5 expired in 2016. She then signed up with GMA Network in 2018.

“There were a lot of things that I didn’t understand then. Instead of waiting for someone to teach me, I had wanted to learn the ropes on my own. It happened during that time frame, when I was on my own and had a lot of questions. I needed to stand by my decision (to not be associated with any major network). I had to find ways to help myself. All these experiences led to a turning point.”

Just like her, Jasmine said her character, Doris, “remains positive and hopeful despite the situation she’s in.” 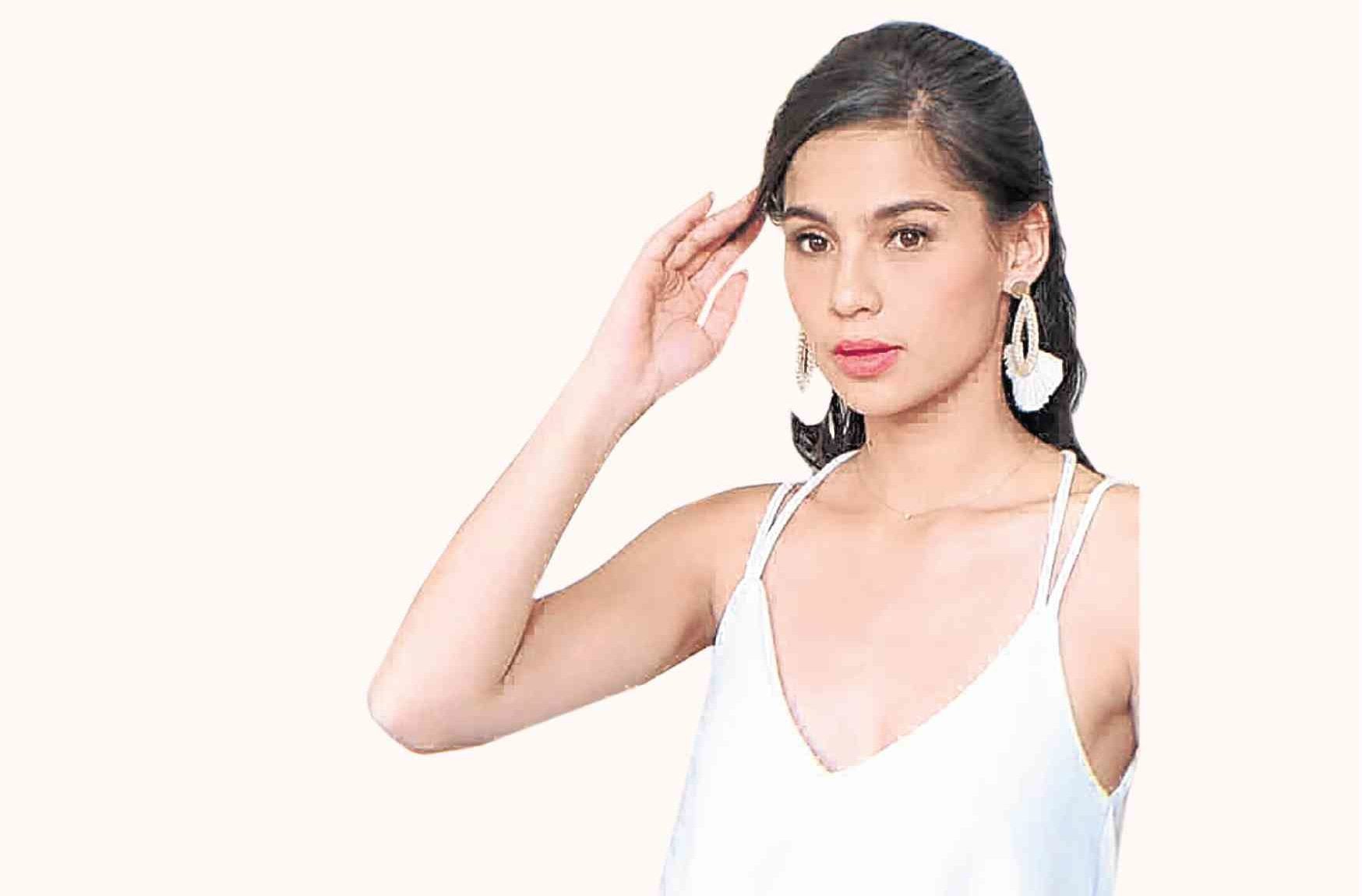 The actress explained: “She was born in Culion and had no idea of how life was like outside it. She believes that the Americans will eventually come up with a cure for her illness (Hansen’s disease or leprosy). She looks forward to the future. Unlike her other two friends, she is already sold to the idea that the Americans have conquered the country. She even dresses up like the Americans.”

Doris has a friend named Jaime (Mike Liwag), who gives her special attention, Jasmine reported. “But she doesn’t want to let him into her life because she dreams of a life outside Culion, and of going to America.”

Prior to signing up to work on “Culion,” Jasmine said she had no idea that there was an island in the Philippines that was converted into a leper colony by the Americans in 1906. Although leprosy on the island had been contained in the 1980s, it was only in 2006 when it was declared leprosy-free by the World Health Organization.

“I’m ashamed that I didn’t know this part of history in our own backyard. Like what the project did for me, I hope it will have the same effect on the audience in terms of awareness of what really happened in our history. It’s not so well talked-about in history books. It’s still somewhat new to a lot of Filipinos,” the actress pointed out.