Olivia Newton-John in Manila for concert on March 31 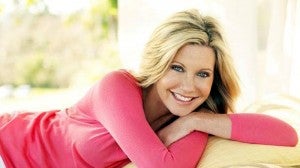 MANILA, Philippines – Grammy Award winner Olivia Newton-John is finally coming to Manila for her one-night Greatest Hits concert on Saturday, March 31 at the Smart Araneta Coliseum. The music icon is behind the well-loved hits, I Honestly Love You, Hopelessly Devoted To You, Physical, Xanadu, Suddenly, You’re The One That I Want, Summer Nights, Have You Ever Been Mellow, Magic, Don’t Stop Believin, Guilty, I Can’t Help It (Duet with Andy Gibb), among many others.

For more than four decades, Olivia has captivated and enthralled the world with her talent, charm and admirable acts of humanitarianism.

Olivia’s US album debut, Let Me Be There, produced her first Top-10 single of the same name, with Olivia being honored by the Academy of Country Music as the Most Promising Female Vocalist and a Grammy Award as Best Country Vocalist. This proved to be only the beginning of a very exciting career. With more than 100 million albums sold, her successes include three more Grammys, numerous Country Music, American Music and People’s Choice Awards, ten #1 hits including Physical, which topped the charts for ten consecutive weeks and over 15 top 10 singles.

In 1978, her co-starring role with John Travolta in Grease catapulted Olivia into super-stardom. This film’s best-selling soundtrack featured the duets You’re The One That I Want and Summer Nights, with Travolta, as well as her mega-hit, Hopelessly Devoted To You. To date Grease remains the most successful movie musical in history.  Her other film credits include Xanadu, Two Of A Kind, It’s My Party and Sordid Lives.

Olivia’s appeal seems to be timeless. With a career spanning more than four decades she is still a vibrant, creative individual that is adored by fans across the world.  Throughout her career, the much-loved star, who danced with Gene Kelly in Xanadu, hosted the popular internationally syndicated “Wild Life” television show, was bestowed an O.B.E. (Order Of The British Empire) by Queen Elizabeth in 1979, has held many humanitarian causes close to her heart, particularly since the birth of her daughter Chloe in 1986. Her charmed life has not been without its share of upset.  In the 90’s, Olivia successfully overcame her own battle with breast cancer, which inspired her self-penned and produced album, “GAIA,” her most personal album reflecting upon her experiences with cancer.  She used these experiences to gain greater self-awareness and became a positive inspiration to millions of people battling cancer.  As a breast cancer survivor, Olivia has become increasingly well known and respected for talking openly about her battle with breast cancer and for promoting public awareness of the importance of early detection. Now, 19 years later (and cancer free) she has become a passionate advocate in creating awareness for early detection and, encouraging women to take a more active role in their breast health.

In addition to starring in films and on television and writing books and music, Olivia continues to spend time in the recording studio. Her healing CD, Grace and Gratitude: Renewed in 2010, debuted at #2 on the Billboard Magazine New Age chart.  In addition, Billboard celebrated Olivia’s new music by saying, “Newton-John is soulfully committed to every word she sings, and fans will be taken by the plush arrangements, melodic warmth, and of course, the artist’s regal vocals.”  She is currently working on a dance remix CD of some of her classic hits, as well new songs, for release in 2012.