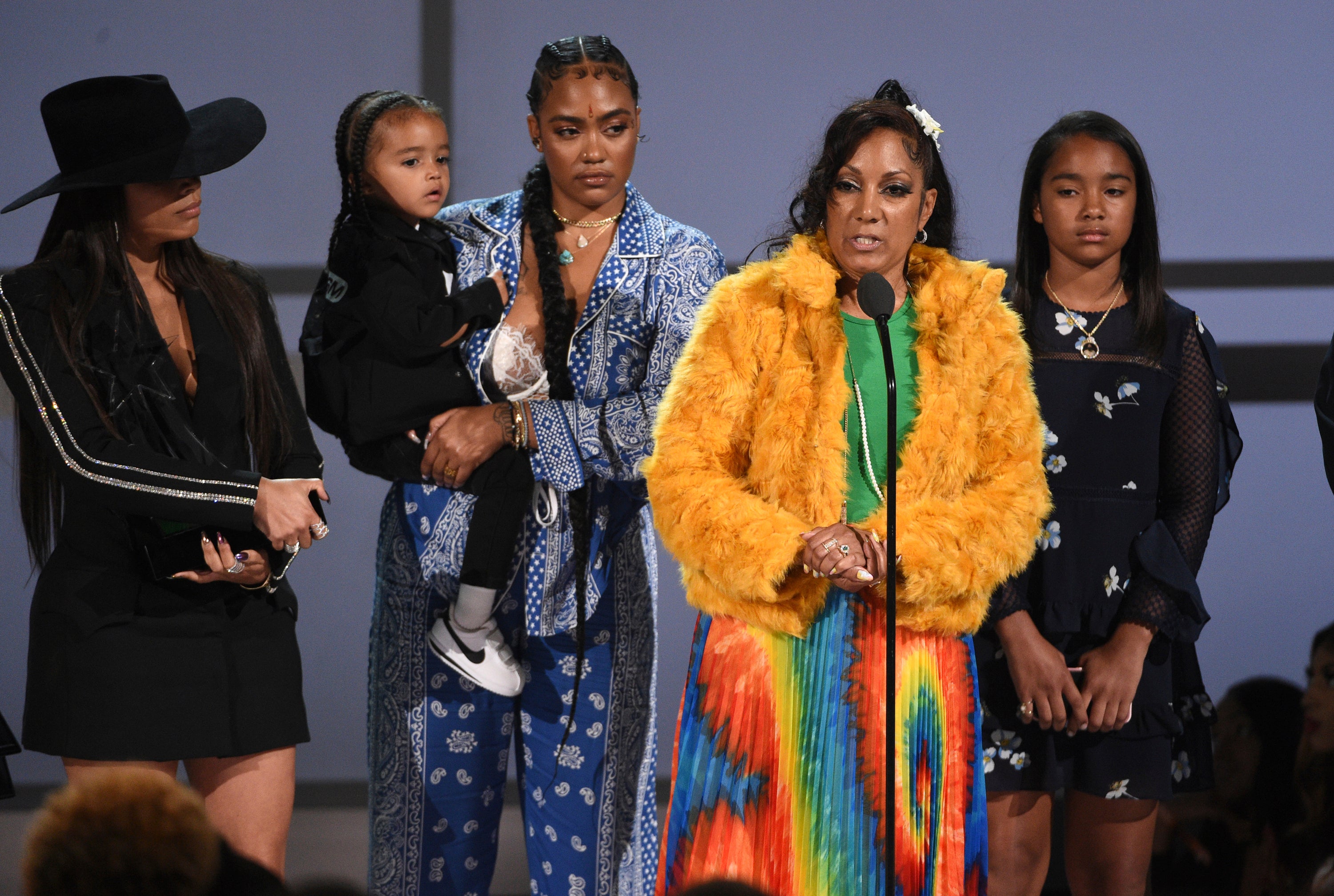 Angelique Smith, the mother of late rapper Nipsey Hussle, accepts the humanitarian award on behalf of his son at the BET Awards. Image: Invision/Chris Pizzello via AP

The 2019 BET Awards featured a number of contemporary pop and rap stars who are dominating the charts from Cardi B to Lil Nas X. But the show belonged to artists viewed as icons in the black community, including singer Mary J. Blige, filmmaker Tyler Perry and the late rapper Nipsey Hussle.

Hussle, a respected and beloved community activist in South Los Angeles who was shot to death on March 31, posthumously earned the Humanitarian Award on Sunday night. His family, including his mother, father, grandmother, children and fiancée, actress Lauren London, accepted the honor on his behalf.

“I just want to thank you guys for all the love and support, and the marathon continues again,” London said onstage at the Microsoft Theater in Los Angeles. 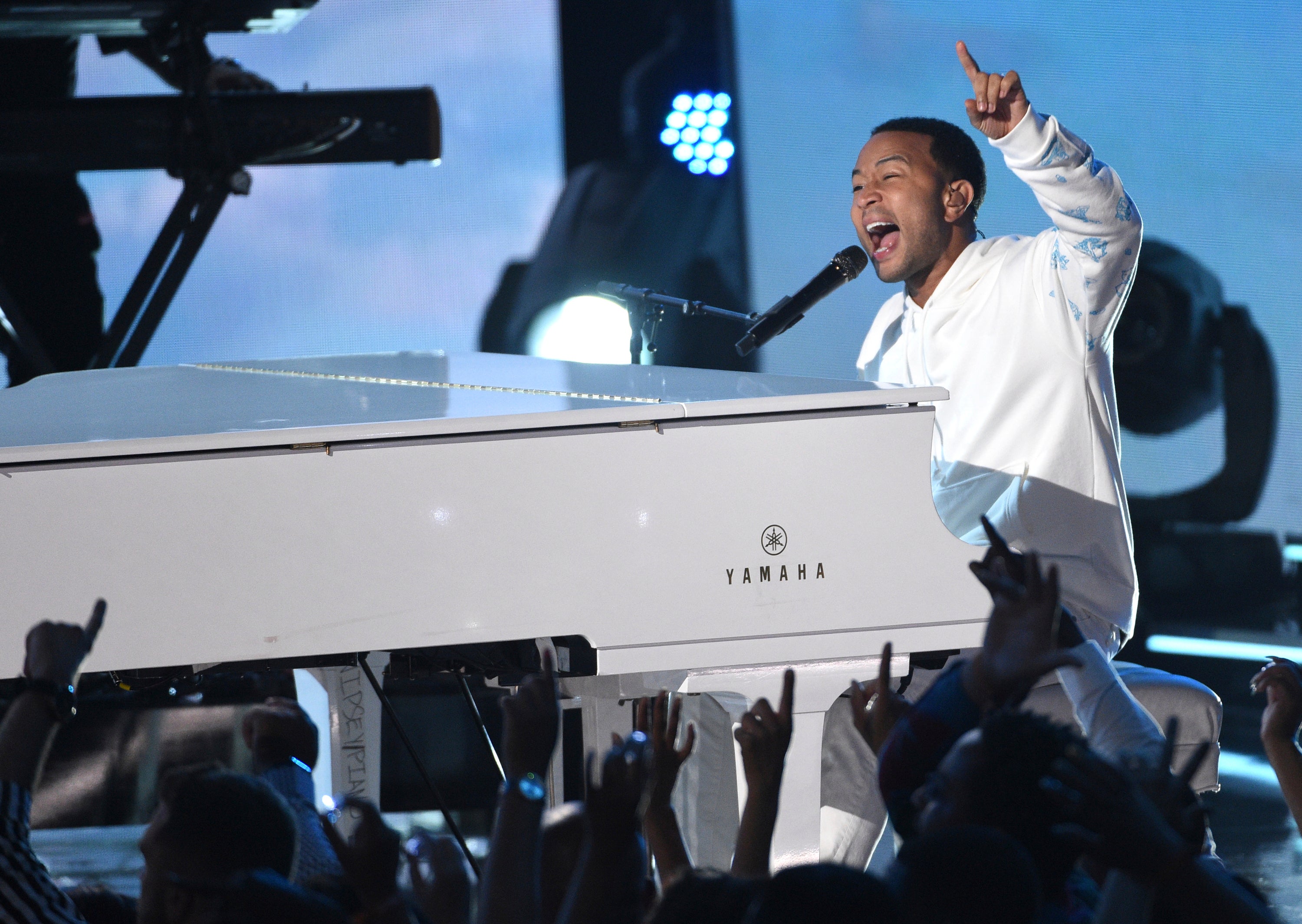 John Legend performs during a tribute to late rapper Nipsey Hussle at the BET Awards. Image: Invision/Chris Pizzello via AP

Blige, who earned the Lifetime Achievement Award, ran through her hits during a lengthy performance, which featured Lil Kim and Method Man. The R&B star went from “My Life” to “No More Drama” to “Just Fine”, when audience members turned the aisles into “Soul Train” lines as they showed their best dance moves while the Queen of Hip-Hop Soul sang onstage.

Rihanna presented Blige with the award, who earned a standing ovation as she walked to the stage. 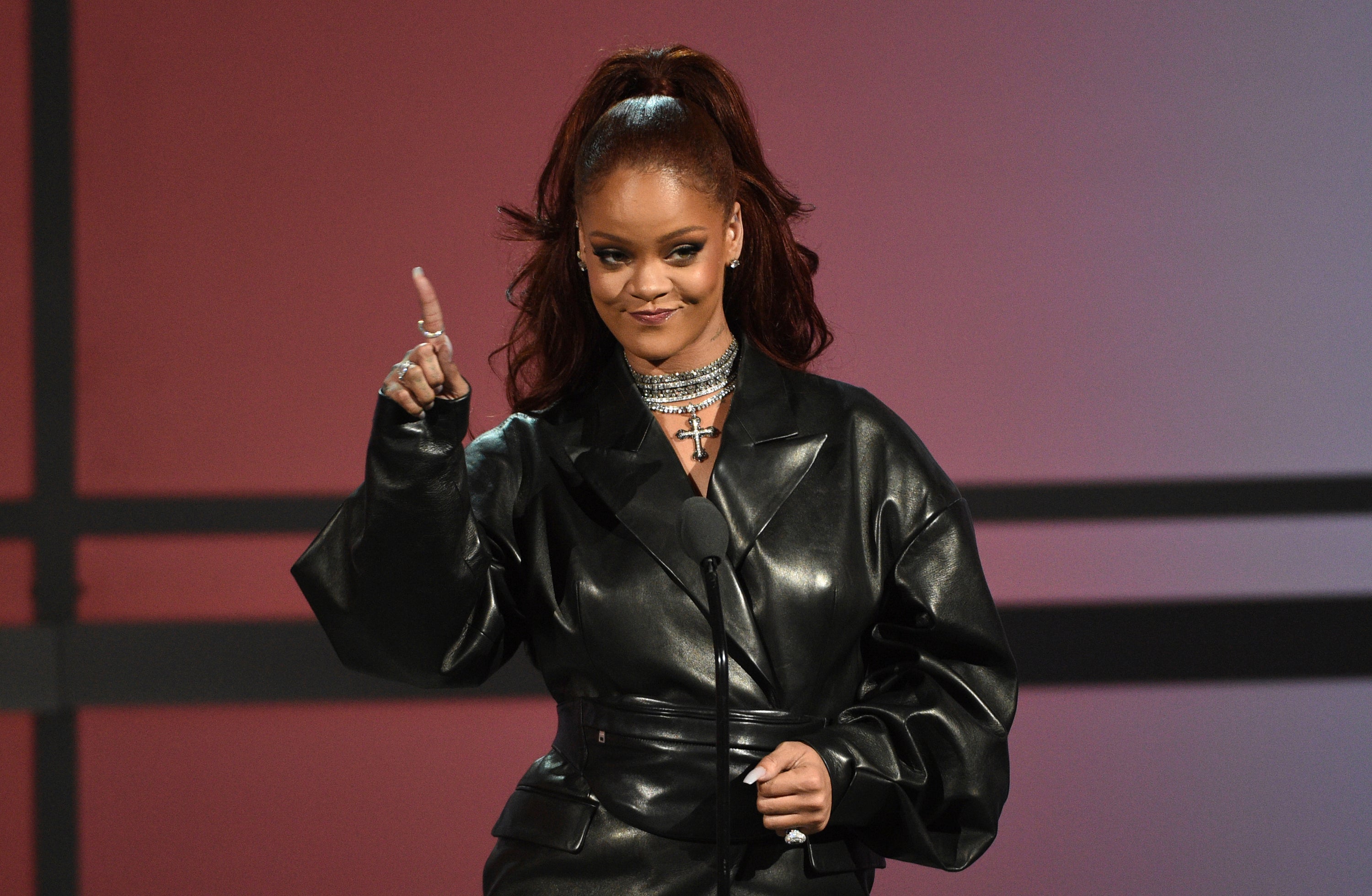 “Mommy, I love you and I want to thank you for your love and understanding,” Blige said as her mom teared up in the audience.

The nine-time Grammy winner and two-time Oscar nominee went on to thank her father, saying she was happy their “relationship is healed.” She also thanked her siblings, nieces, nephews, cousins, aunts, uncles and friends, including longtime collaborator Diddy.

Another standing ovation during the nearly four-hour show came when The Exonerated Five, whose profiles were recently raised with the release of a Netflix series based on their lives, introduced a performance by R&B singer H.E.R. and rapper YBN Cordae. Korey Wise, Kevin Richardson, Yusef Salaam, Raymond Santana and Antron McCray spoke onstage as audience members got out of their seats to cheer them on. Directed by Ava DuVernay, “When They See Us” tells of the wrongful conviction of five black and Latino teenagers for the 1989 assault on a white female jogger in Central Park.

The audience also erupted in cheers for media mogul Tyler Perry, who earned the Ultimate Icon Award, presented to him by Taraji P. Henson.

“When I built my studio, I built it in a neighborhood that is one of the poorest black neighborhoods in Atlanta so that young black kids could see that a black man did that, and they could do it too,” Perry said. “The studio was once a Confederate army base … which meant that there were Confederate soldiers on that base plotting and planning on how to keep 3.9 million negroes enslaved. Now that land is owned by one negro.”

Lil Nas X also got the loud applause from the crowd when he brought his global country-rap hit “Old Town Road” to life with a performance at a makeshift Western saloon alongside country singer Billy Ray Cyrus. In a yellow fringe jacket, yellow chaps and a black cowboy hat, Lil Nas X worked the stage as dancers in denim shorts, leather vests and cowboy hats performed behind him. 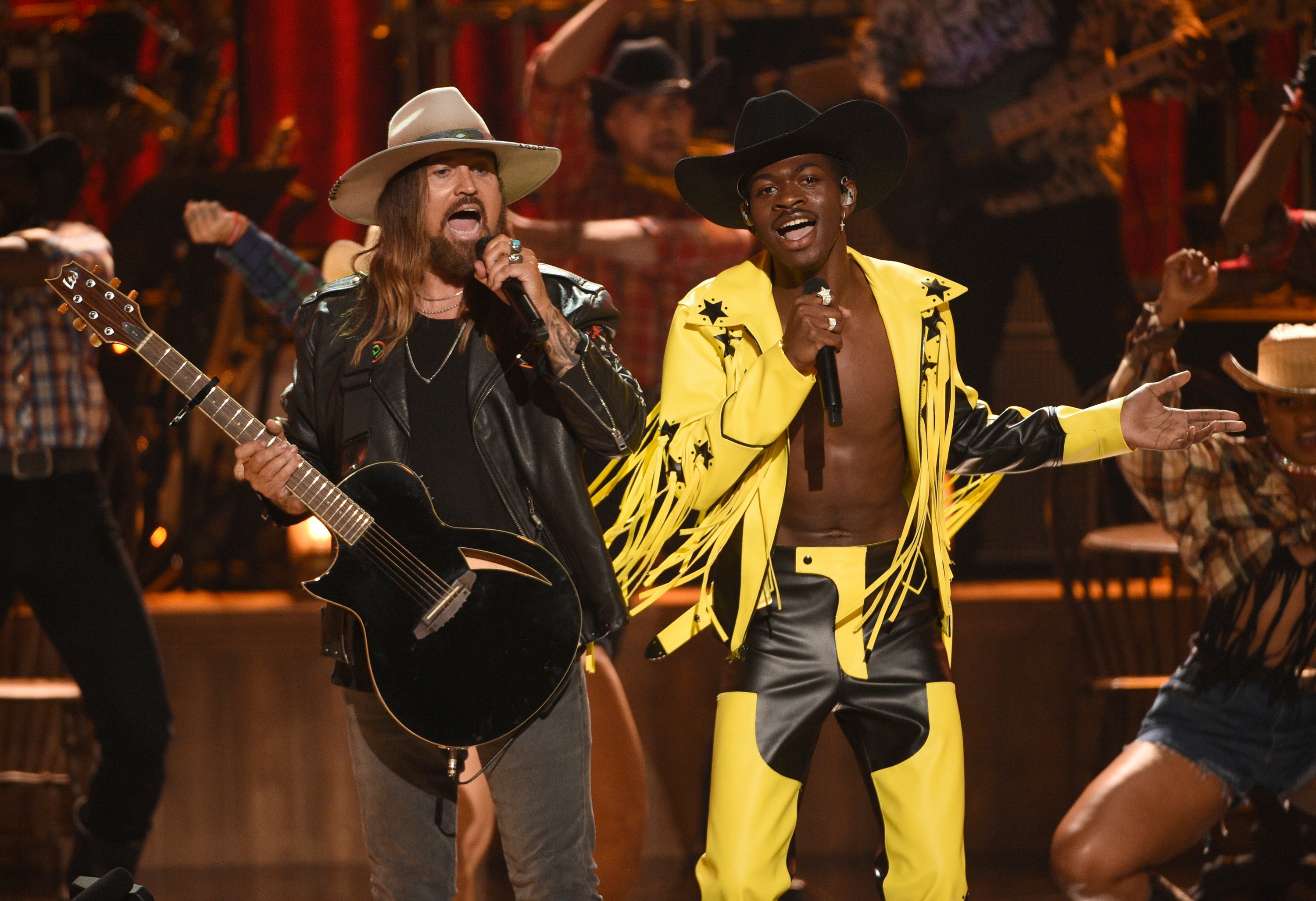 Lizzo also had a fiery performance with “Truth Hurts” which featured her playing the flute while twerking. Cardi B, the most nominated act with seven, kicked off the show with an explosive performance. She won two prizes, best female hip-hop artist and album of the year for her major-label debut, “Invasion of Privacy”.

“I am glad I made an album that your sister, your mother, your grandmother (likes),” she said of the project, which also won the Grammy for best rap album earlier this year.

Actress Regina Hall, who hosted the show, told a number of jokes throughout the night. She was hilarious after Regina King, who won an Oscar this year for her role in “If Beale Street Could Talk”, was announced as the winner of best actress, an award Hall was also nominated for.

“She said King? So I lost?” Hall asked when a producer followed with, “We need you to announce the next performance.”

“Why am I announcing the next performance? That is why I hosted (the awards show),” Hall said. “You tell them I said, ‘You can go to Beale Street and get the (girl) who won and you let her introduce it.'” HM/JB

Sarah Lahbati to Richard Gutierrez on 7th anniversary: ‘Wouldn’t have it any other way’

Ex-aide of Imelda Marcos is New York’s No. 2 tax cheat

No arrest yet of motorcycle taxis despite termination of pilot run